This is the last course of pilgrimage in this summer.

1. I searched Internet, and found this photo.

The Pope and the Patriarch are friends, and they meet frequently. 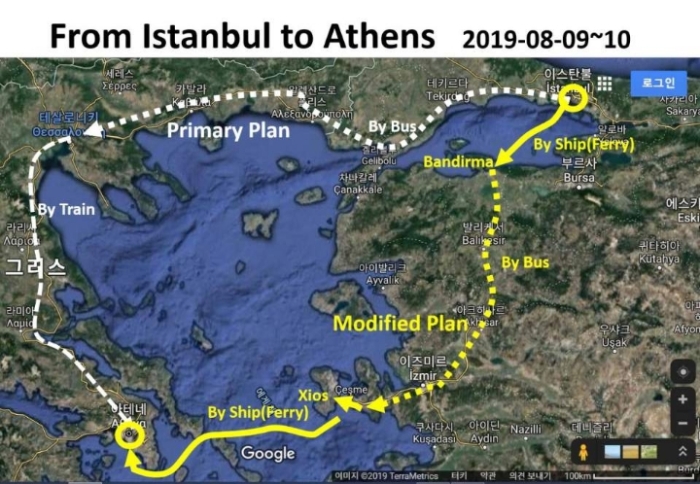 2. According to original plan, I was supposed to travel from Istanbul to Athens on land by bus and train. But I concentrated on the reception with the Patriarch, and missed the ticketing in advance. It was peak season, and I could not buy ticket at bus terminal. I thought of three alternatives.

plan1: Take orient express train and go to Sophia and come down to Athens.

plan2: Get on airplane.

I investigated three alternatives. My final decision was plan3.

3. Prof. Lee stayed at Istanbul one more day, and left by airplane.

Ms. You and her daughter went to Athens by plane the next day.

I saw this picture on the wall of subway station. 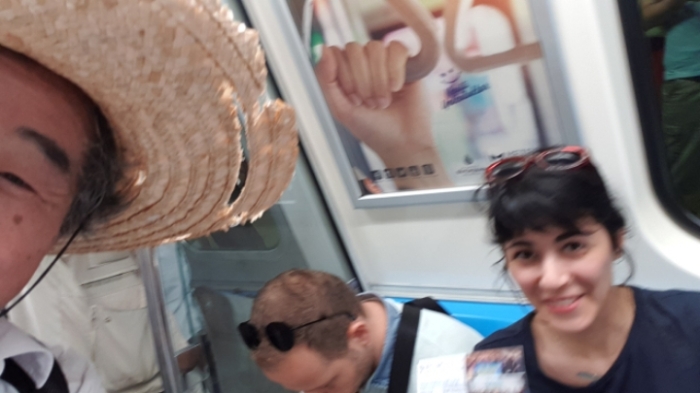 4. Now I am moving by myself. A smiling Turkish citizen welcomed me.

5. First, I got on boat. It took me two hours to go to Bandirma. 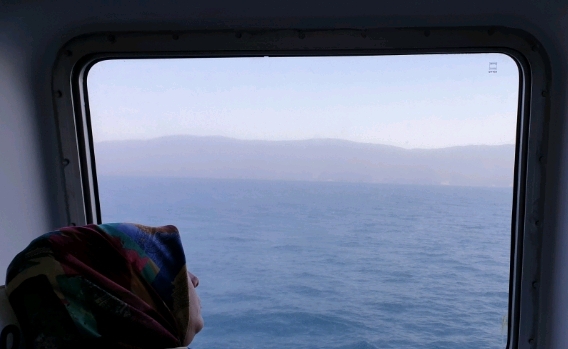 6. I am leaving Istanbul. 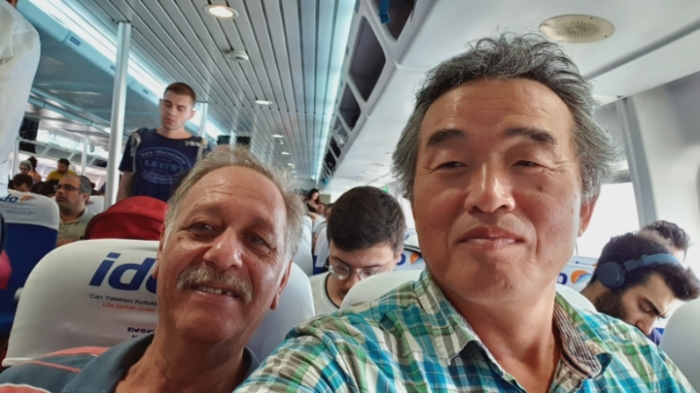 7. I became friend with the passenger sitting next to me.

8. This Google map shows the Bandirma port. The location of myself is shown by blue dot.

9. When I arrived at the port, someone asked me to take a selfie.

11. The atmosphere of the city was very good.

12. Near the bus station where I can ride a bus going to terminal. 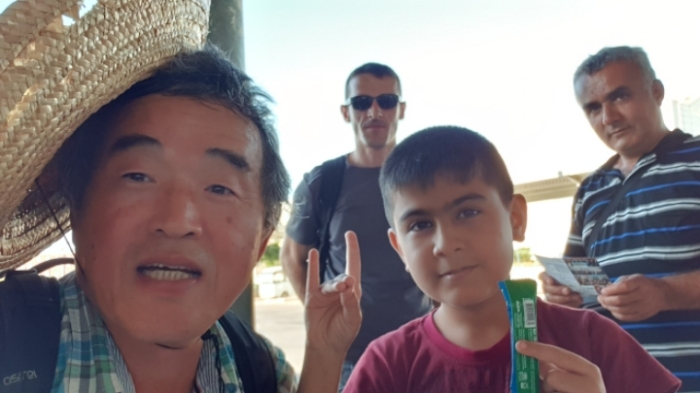 13. I arrived at Bandirma terminal. I was waiting for the bus going to Izmir.

Then, a boy came to me and gave me cookie. He was praiseworthy.

I took a selfie with his family.

14. I was wondering which kind of crop is growing in dry summer.

16. This girl may be an enthusiastic pan of K-Pop. She found out that I was a Korean.

She came to me from the rear seat.

I stayed at a hotel near the terminal.

18. Izmir is a large city with a population of 4 million.

At Çesme, I will cross the marine border and go to Xios which is a Greek island for one hour.

Then I will get on a ferry and go to Piraeus port for 7 hours.

21. The aerogenerators are turning vigorously.

It shows the vivid proof of climate change.

25. There was an old and elegant castle.

It was too bad for me not to have enough time to see the castle.

29. The city had well-designed facilities. 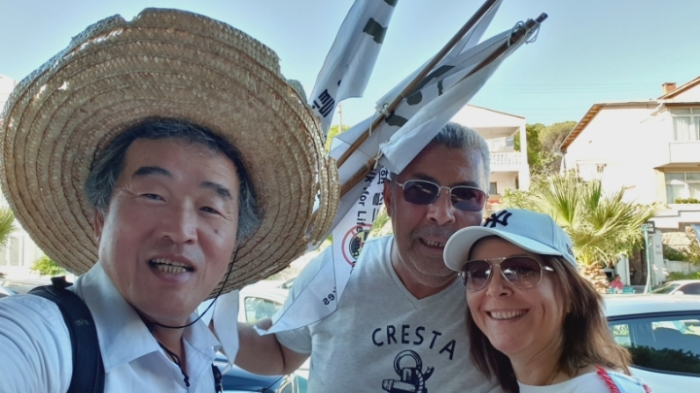 31. The citizens approached to me.

36. I saw a small castle which had old cannon left.

38. It was a big ferry which reminded me of Titanic.

39. The color of the sea was dark blue. The sea seemed to inhale cosmic color and emit blue color.

41. I took a nap on the deck, and enjoyed nice scenery of Mediterranean.

43. I took a picture which had both the moon and the freighter passing by.

48. The entrance of the Parthenon 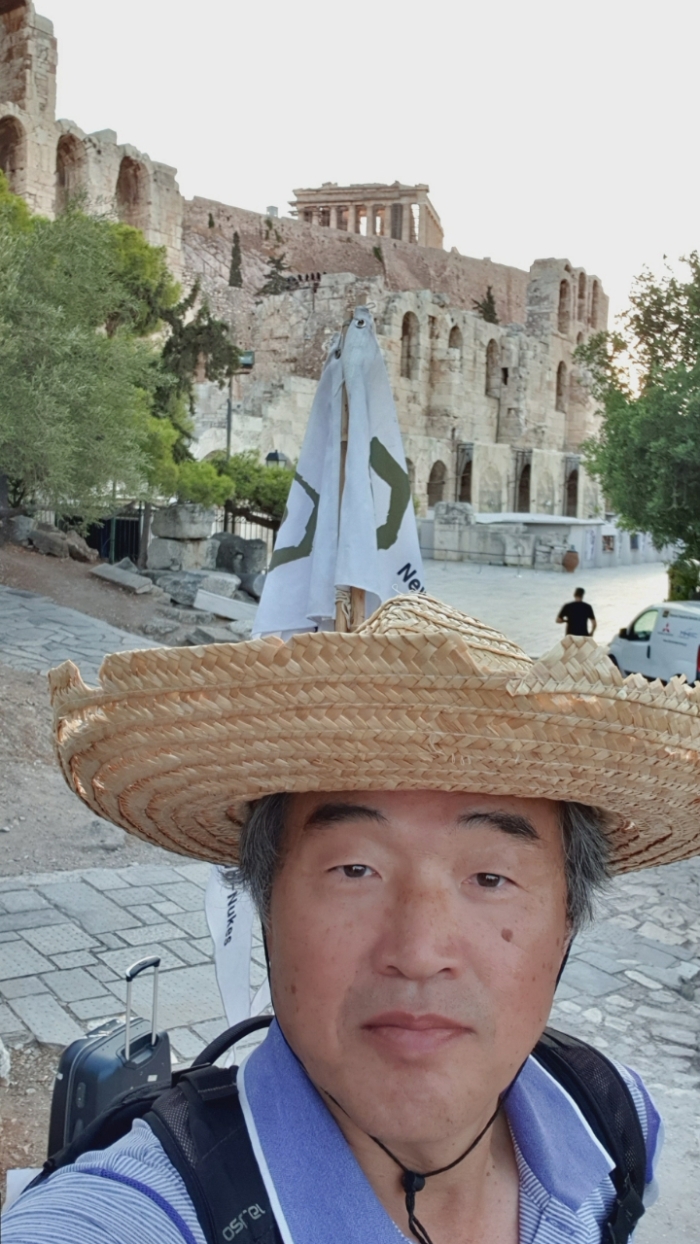 49. The Parthenon under repair work is seen in the back.

I will walk again from this place at Christmas day of this year.

Like Loading...
‹ Story of Mr. Berker Ekmekci
[The Kyunghyang Newspaper] Should we go to 2020 Tokyo Olympics? Hope the Right Choice for Humanity (English, Japanese) ›