Kangra ~ Dharamashala
18km
Today, I will arrive at Dharamshala.

2. There is drawing of Buddha at front wall of hotel. 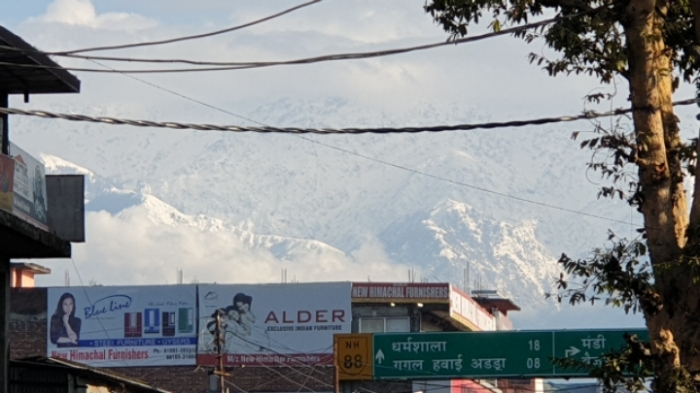 3. As soon as I left the hotel, the sun lights Himalaya mountains with brightness.

4. And just in one moment, it became overcast. 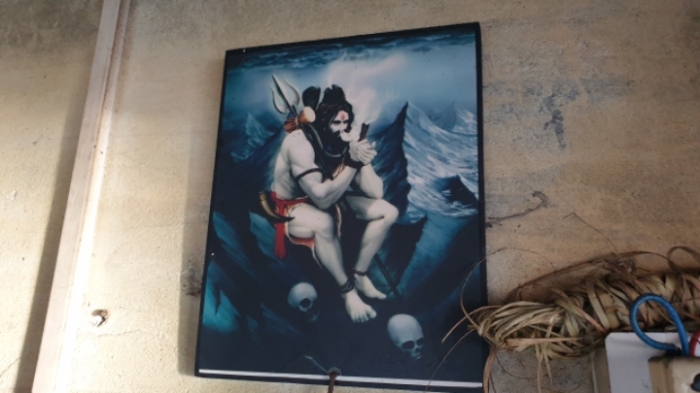 6. A very impressive Hindu-style painting was hung on the wall of tea-house.

I asked the owner about the meaning of the painting. His answer was, “I don’t know.” 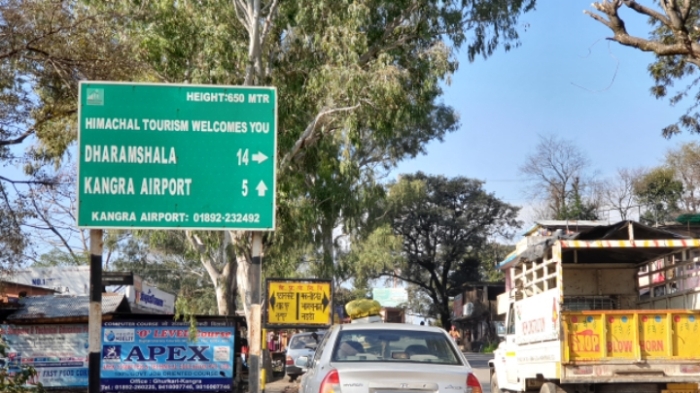 8. A signboard indicates that 14 km is left up to Dharamshala. 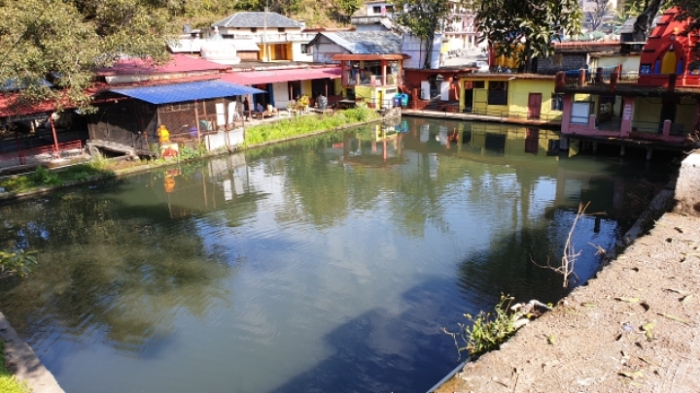 9. The water originating from Himalaya is temporarily stored in village pond and flows out. 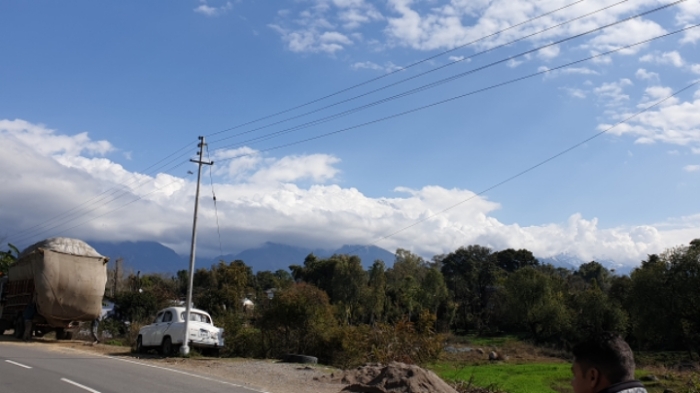 11. A branch of tree which goats like is put across as food between meals.

13. I was walking uphill diligently.

14. Twin primary schoolers with curiosity approached me. I took a picture with them. 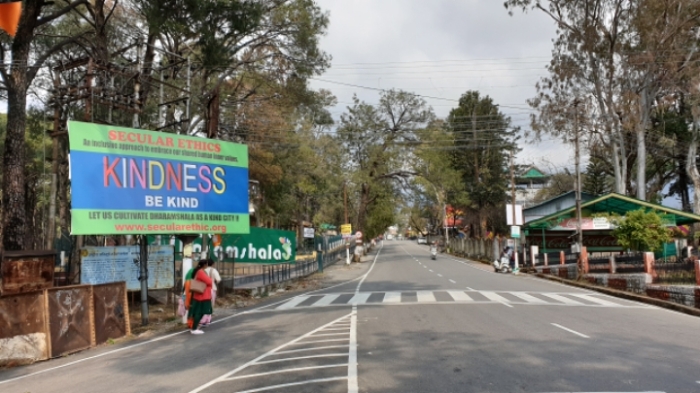 15. At last, I arrived at the entrance to Dharamshala.

16. From here to Dharamshala, the altitude difference is 500 meters.

17. The breadthwise park was nice.

20. There is Tibet Government-in-exile in Dharamshala. I could see Tibet monks in a bus.

I had a eye contact with a monk. He waved hands for me. I joined my hands for him.

22. This is uphill going to the temple of Dalai Lama in Himalaya.

23. A Tibet family stopped car and showed curiosity. In appearance, he was just like a Korean.

24. I met a Korean couple who is walking down after participating in Buddhist mass.

25. The Tibetan with helmet saw me before while he was riding motorcycle going up and down.

He got off the motorcycle. I took a picture with him.

26. The altitude difference between the city and the temple was significant.

28. When I approached the temple, I met Tibetan girls. They looked like beautiful Korean girls.

I was smiling with happiness. 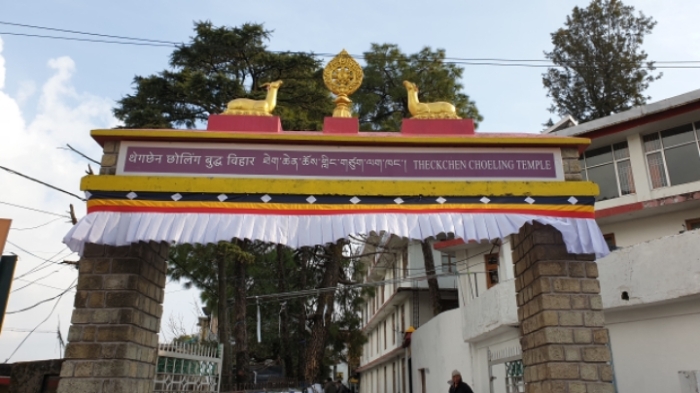 29. Finally, I arrived at the temple. The temple was not luxurious but simple. It was mainly built for Buddhist mass.

30. This is the entrance of the temple. I took a selfie.

Many people have prayed for my safe pilgrimage.

I would like to express my deep thanks to them. 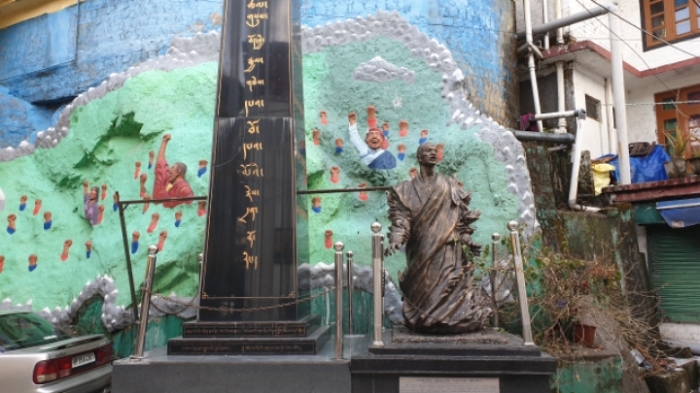 31. I saw the statue of Tibetan high priest in the ground of the temple. I will find out who he is later.

32. The shelter I reserved is about 800 meters apart. On the way to the shelter, I met a Tibetan couple.

34. I can view these Himalaya scenes from balcony of my shelter, the altitude of 1690 meters.

35. There is a Korean restaurant nearby. 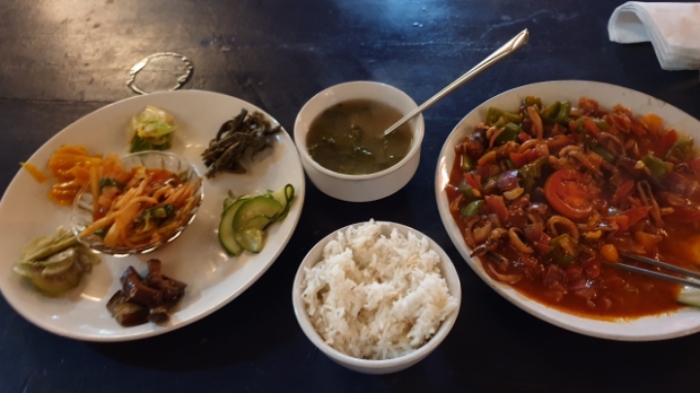 37. I ate Korean meal after a long time.

The whole body including mouth responds to Korean dishes.