The Life Road heading to Dharamshala

with ‘The Charter on Earth-Life’

The drafting of the Charter on Earth-Life initiated by Buddhist leaders was recently completed after two years of discussion. Expectations are high as the charter will be hand delivered to prominent religious leaders such as the His Holiness the Dalai Lama and the Pope.

Lee Won-young, Professor of the University of Suwon) held an event called ‘The 2018 Seoul Draft of The Charter on Earth-Life’ at the Francisco Education Center in Seoul on December 13, 2018. Starting with Woljeongsa Temple in Pyeongchang, South Korean religious and academic figures, and foreign scholars such as Germany, Thailand, Canada and Japan participated in the drafting and review process. 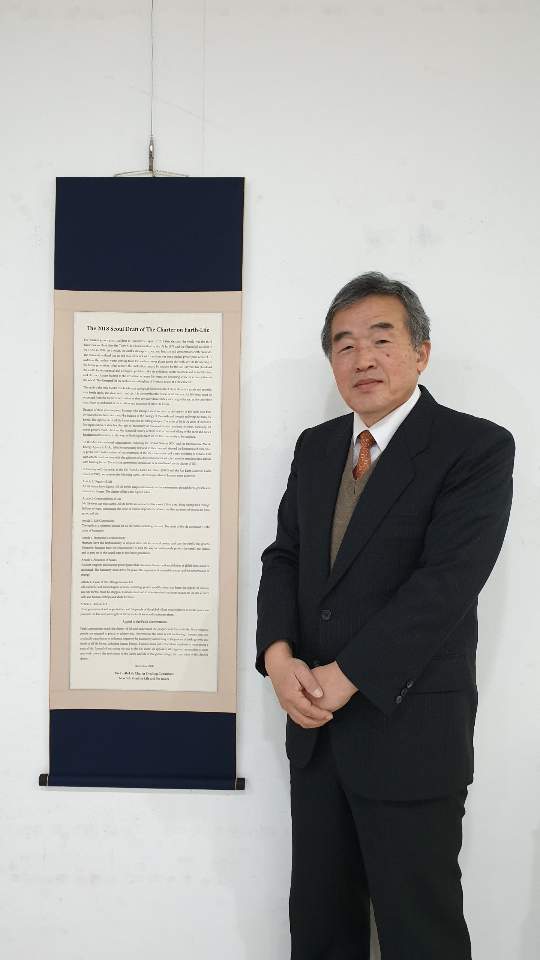 The Life Road is a pilgrimage planned and implemented by Professor Lee, who felt the need to manage and dispose of nuclear power plants after the Fukushima nuclear explosion. The Charter on Earth-Life was established to spread the meaning of life dignity and denuclearization around the world through the Life Road. In fact, the pilgrims are planning to dedicate ‘The 2018 Seoul Draft of The Charter on Earth-Life’ by visiting the His Holiness the Dalai Lama, and Pope Francis.

Professor Lee Won-young said that the Life Road is a project with the goal of establishing a new international organization, a religious coalition.

Professor Lee said “Seven years have passed since the Fukushima accident, but the U.N. has remained silent. If the U.N. was created because of nuclear weapons, a regime that corresponds to the threat of nuclear power plants is also needed. Our goal is to establish an organization that is jointly monitored by religious communities around the world.”

The Charter on Earth-Life inherited the value of the U.N. “World Charter for Nature” (1982), the Rio Summit’s “Earth Charter”(2000), and the charter lays down how the religion communities should cooperate and practice nuclear-free. In the Charter, we propose to spread the value of life as the main goal beyond anthropocentrism, unlike the previous two charters.

The charter points to the limitations of the role played by international organizations such as the United Nations and the International Atomic Energy Agency (IAEA), and emphasizes the need for a ‘binding implementation system, not an abstract declaration’.

We also suggested seven principles of the Earth-Life that humans should pursue: ” Dignity of Life”, ” Connectedness of Life”, “Life community”, ” Humanity’s Responsibility”, ” Abolition of Nukes”, ” Cease of the Infringement on Life” and ” Duty to Act”.

The pilgrims left in May 2017 and walked 4,000km in 10 countries until early last year, and resumed from December 22, 2018. As of early January, they are walking toward Dharamshala, India, where the Office of His Holiness the His Holiness the Dalai Lama is located .

The following is ‘The 2018 Seoul Draft of The Charter on Earth-Life’ (English version). 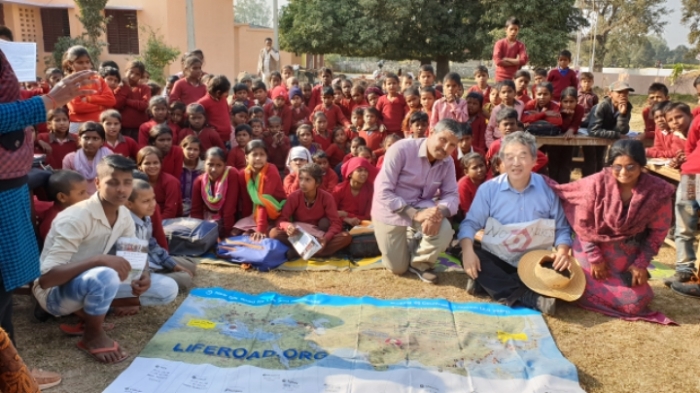