Today we went to Kapila castle where Buddha spent his early days.

The relic was located to the west of Lumbini which was same direction with pilgrimage course.

It would take one day to walk. 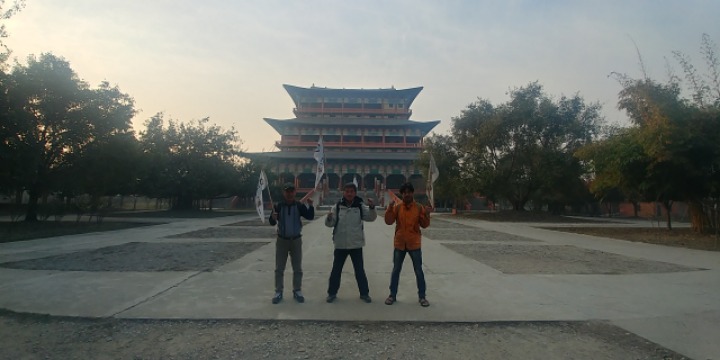 Three pilgrims started at Daesungseokgasa early in the morning. 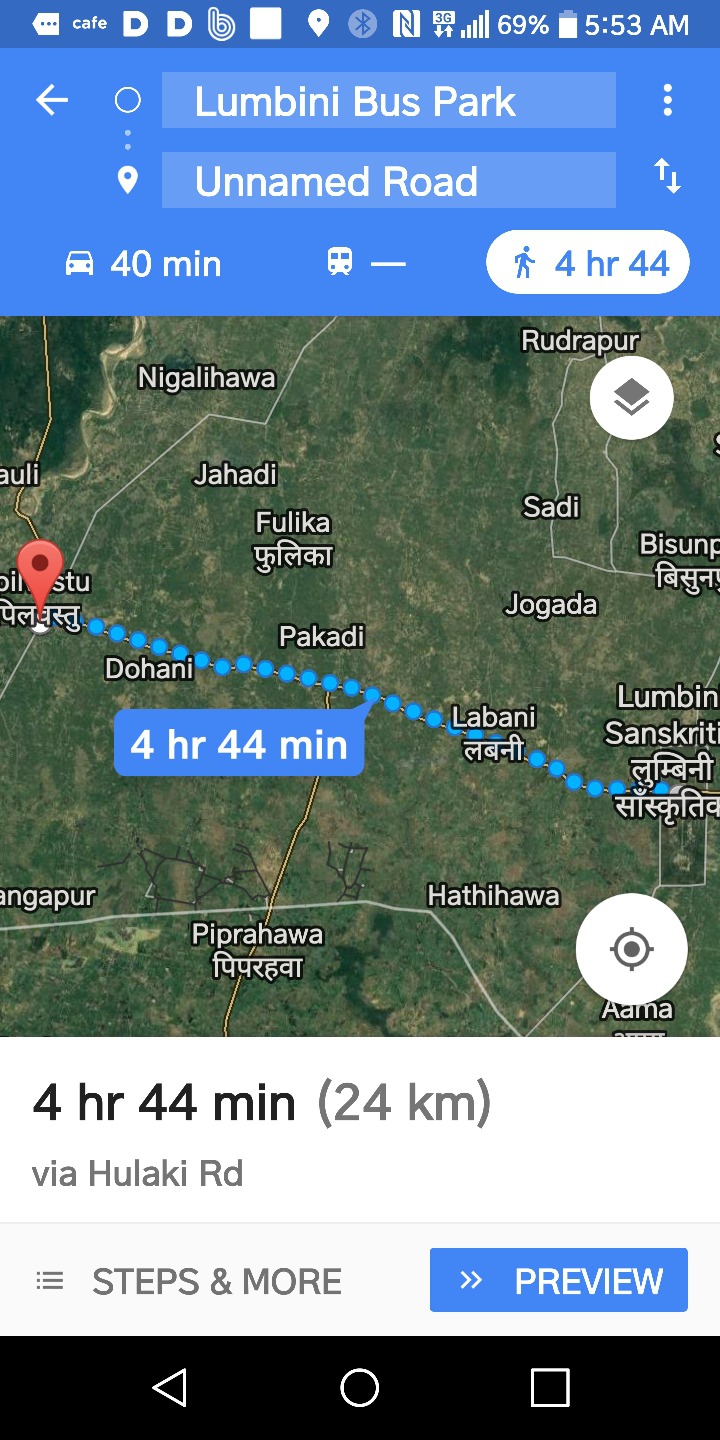 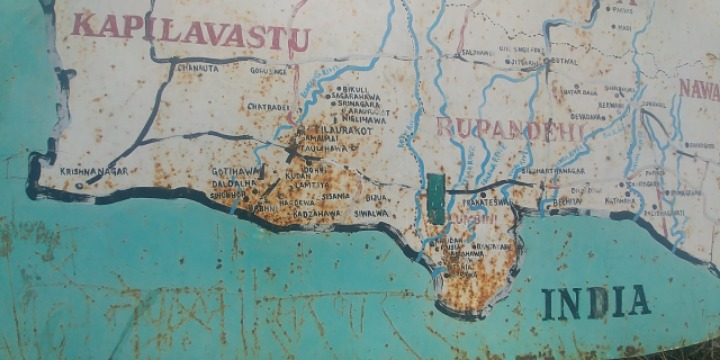 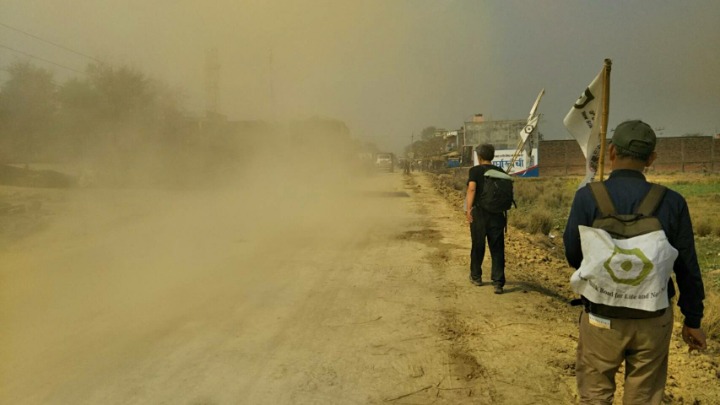 The road was very dusty because construction work was going on.

Professor Lee, whose Buddhist name is muusim, is walking in the thick dust. 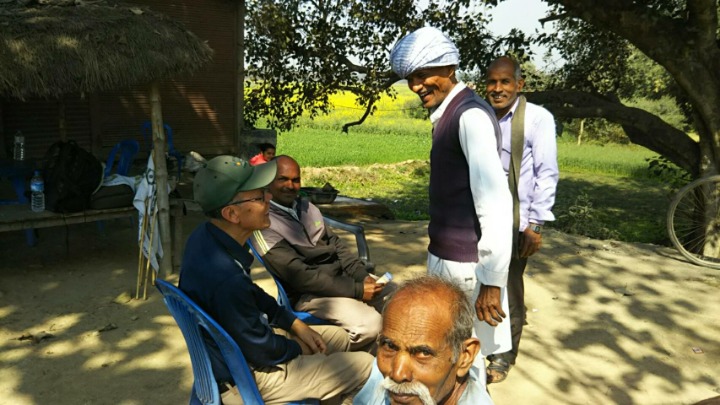 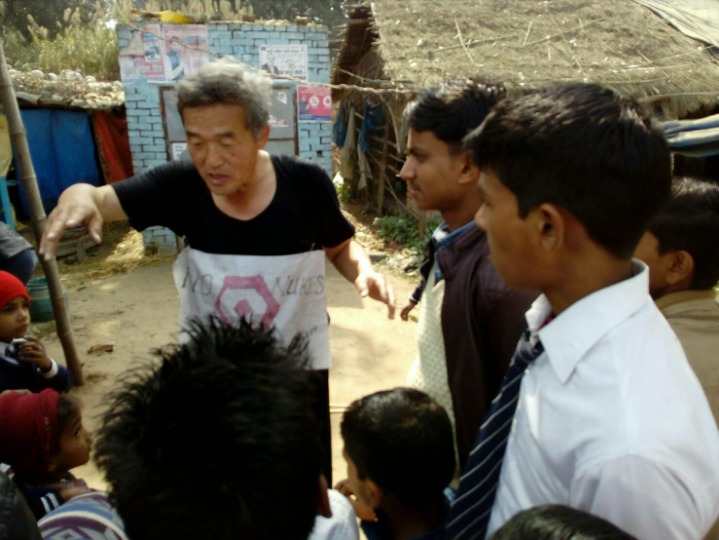 And I weared T-shirt in warm weather and talked with young people.

I thought I looked young when I saw this picture. 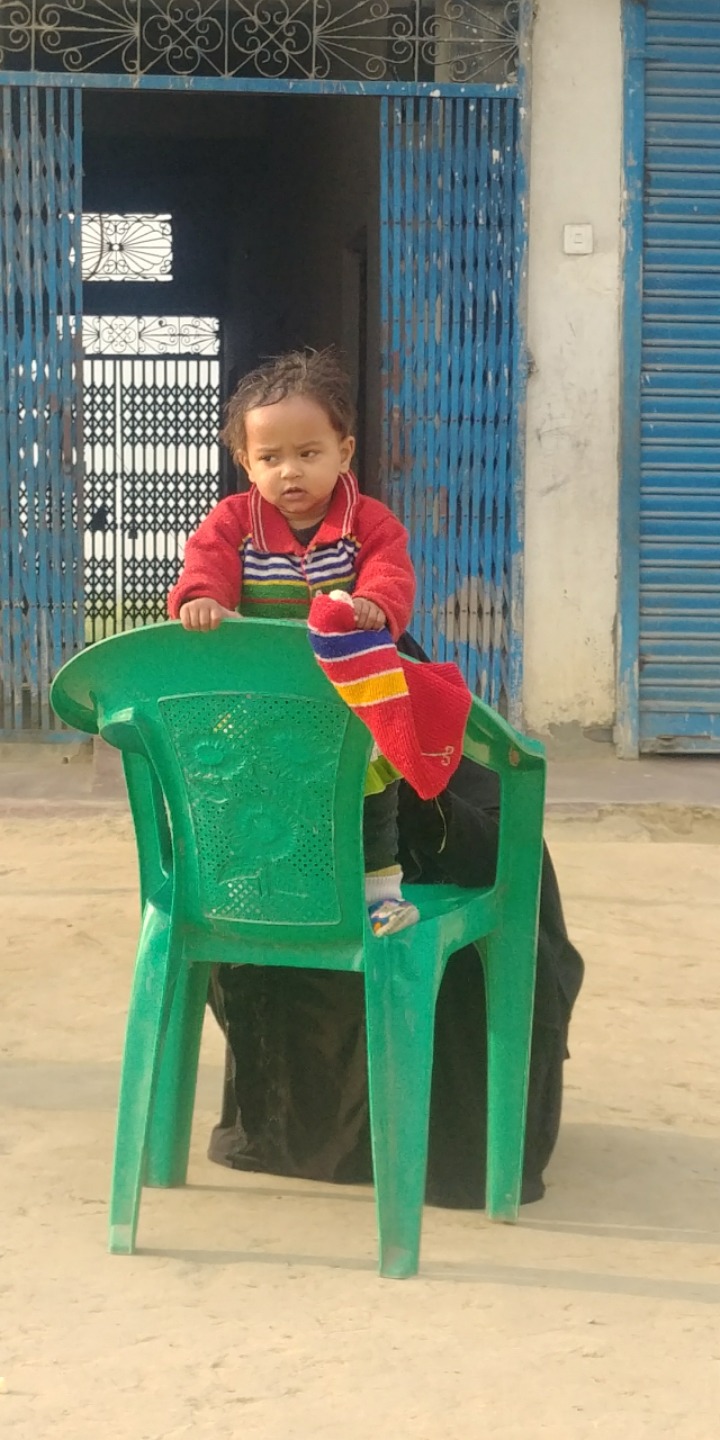 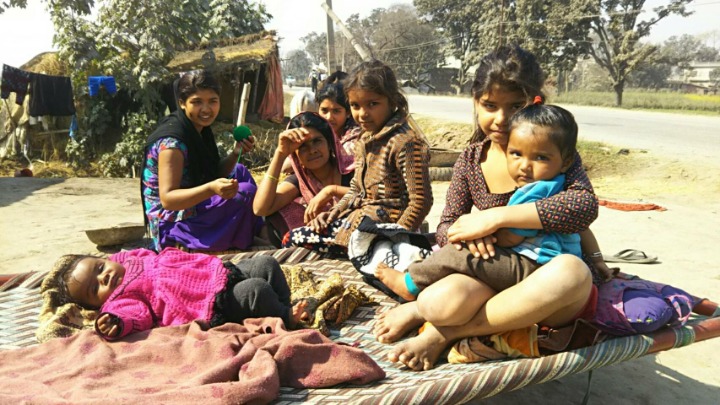 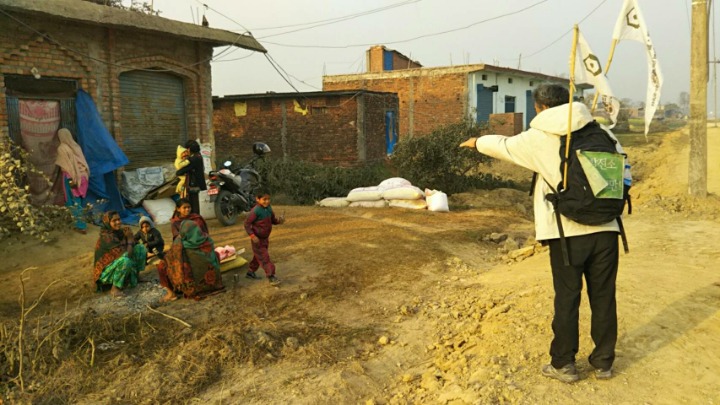 I waved to a child standing among the family, and gestured “Let’s go together!” 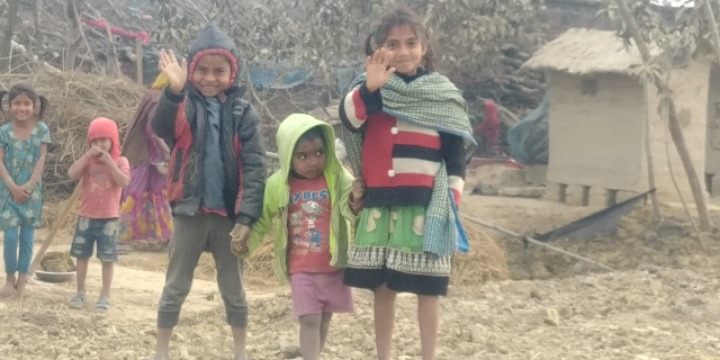 Children waved to me gladly. 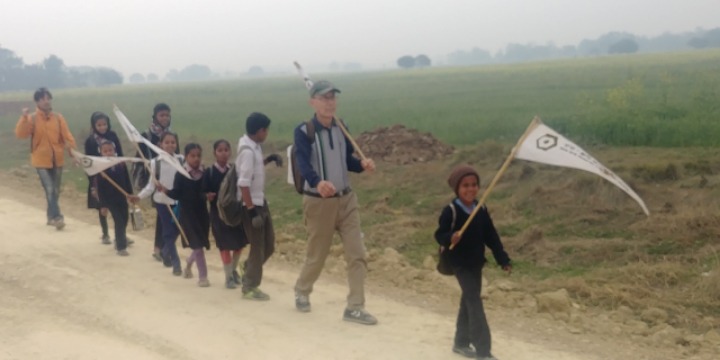 In Nepal, Saturday is holiday.  Students go to school on Sunday.

I became friendly with children going to school.

I asked the children “Would you please take the flag and walk together with us?” 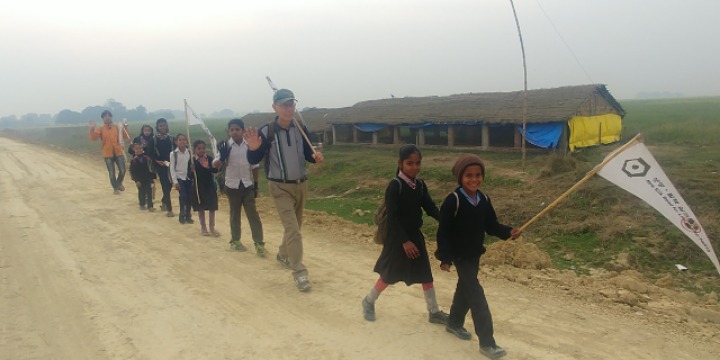 This picture was the highlight of today’s pilgrimage. 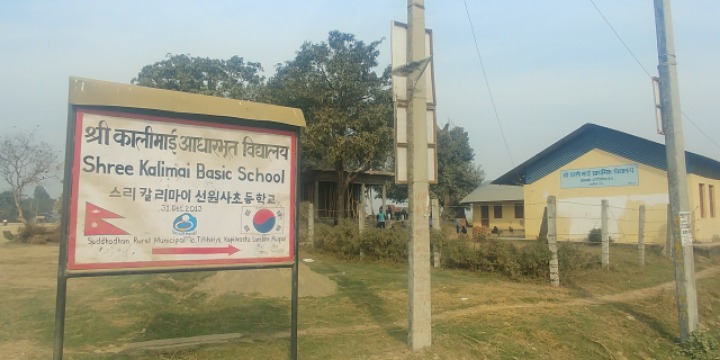 After a while, I saw a billboard written in Korean language.

Seonwonsa temple in Namwon, Korea, contributed to the construction of this school. 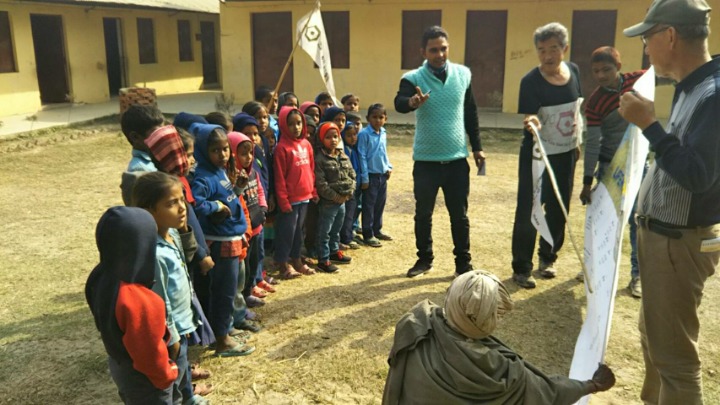 Students were cleaning the school since it was Sunday.

I greeted Nepalese teacher and explained about the pilgrimage.

The teacher explained pilgrimage to the students in Nepalese.

The students listened to the teacher earnestly. 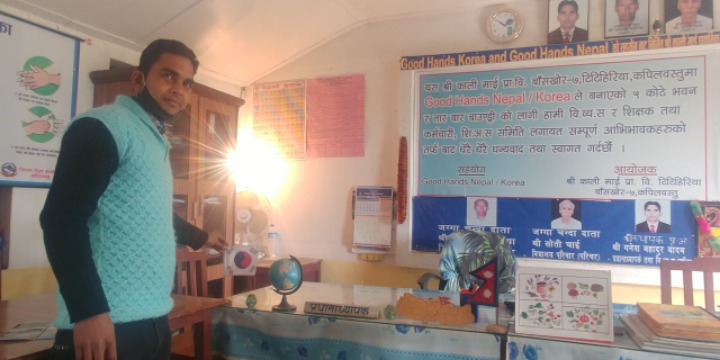 I could find Korean national flag in the classroom. 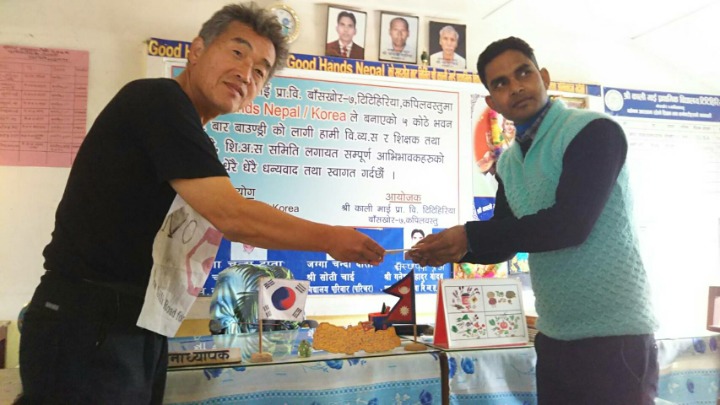 The pilgrims donated 100$ to the school.

This is a commemorable picture. 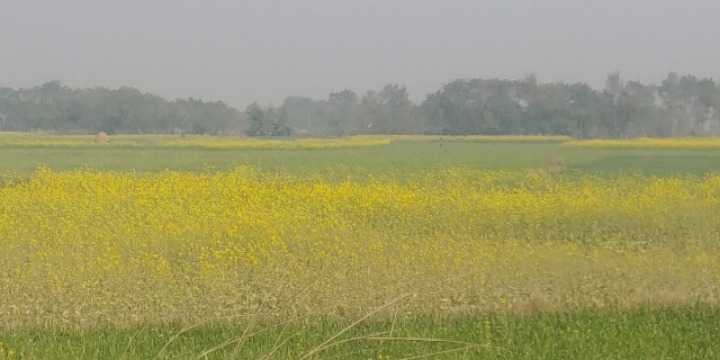 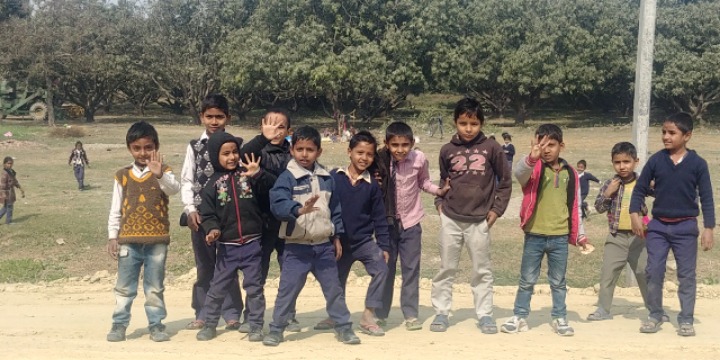 When I waved the flag to the children playing in the ground far away, they stopped playing and approached to me.

It was a nice moment.

The billboard indicated there was a public school.

The name of the school was written in Korean language. 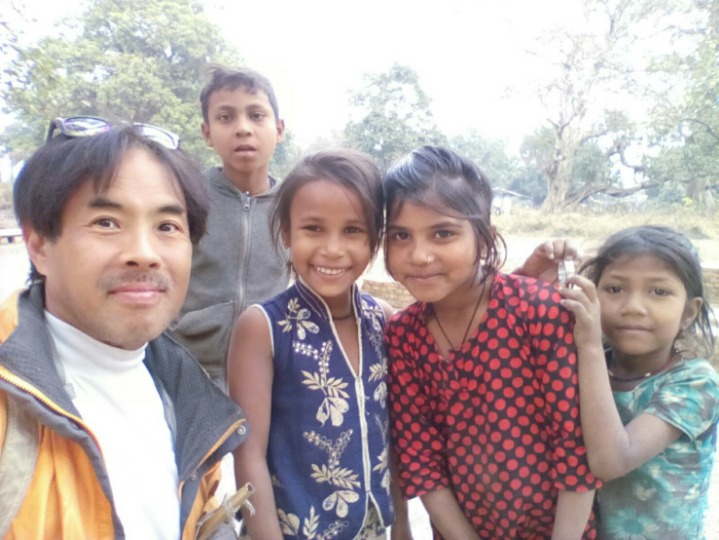 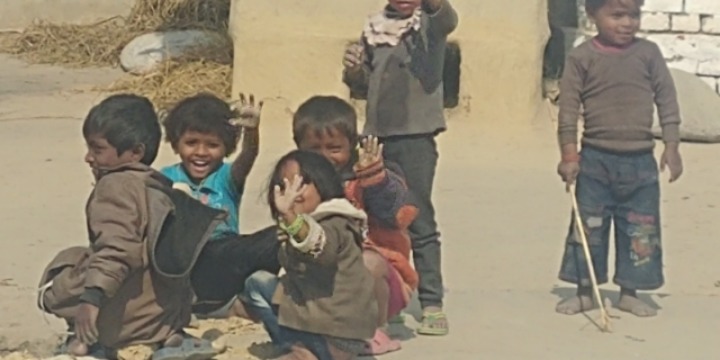 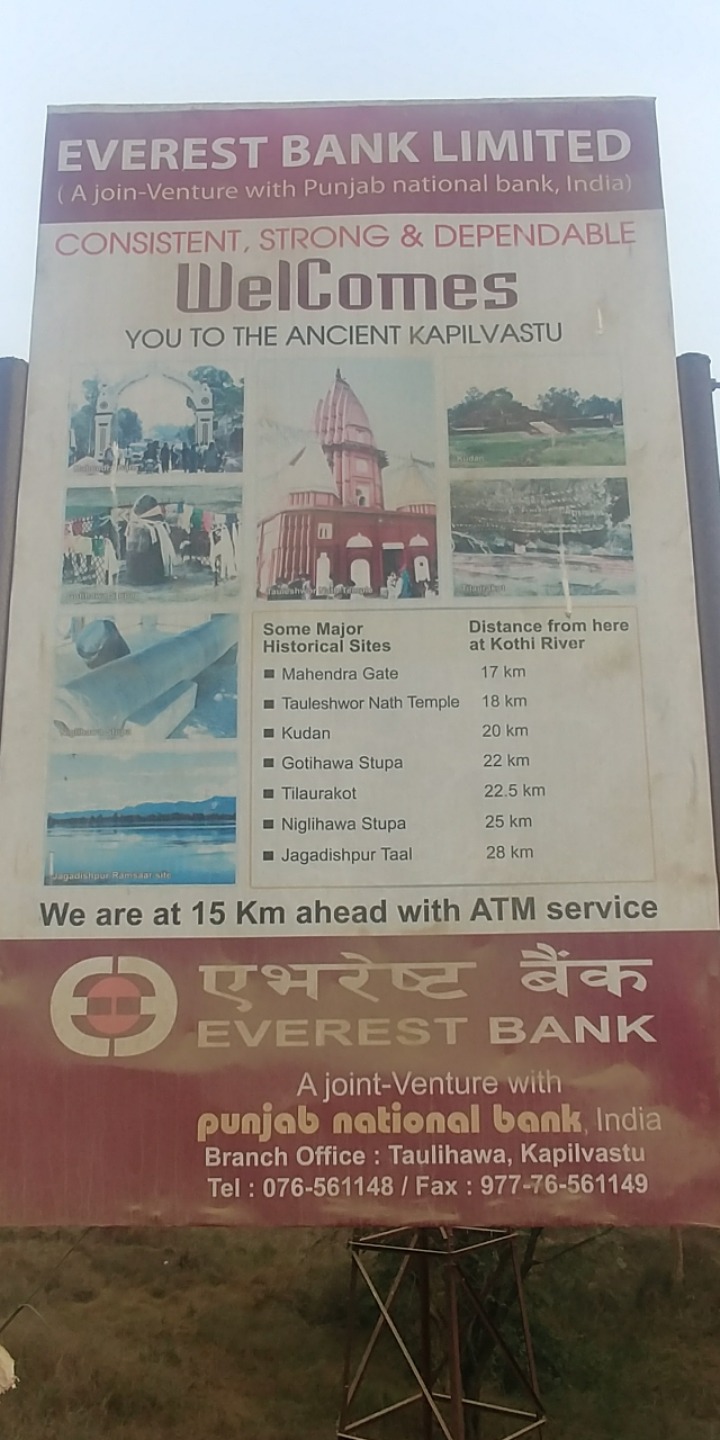 We arrived at the village where Kapila kingdom was located in the remote past.

We passed through old town area.  The Kapila castle was 5 km away. 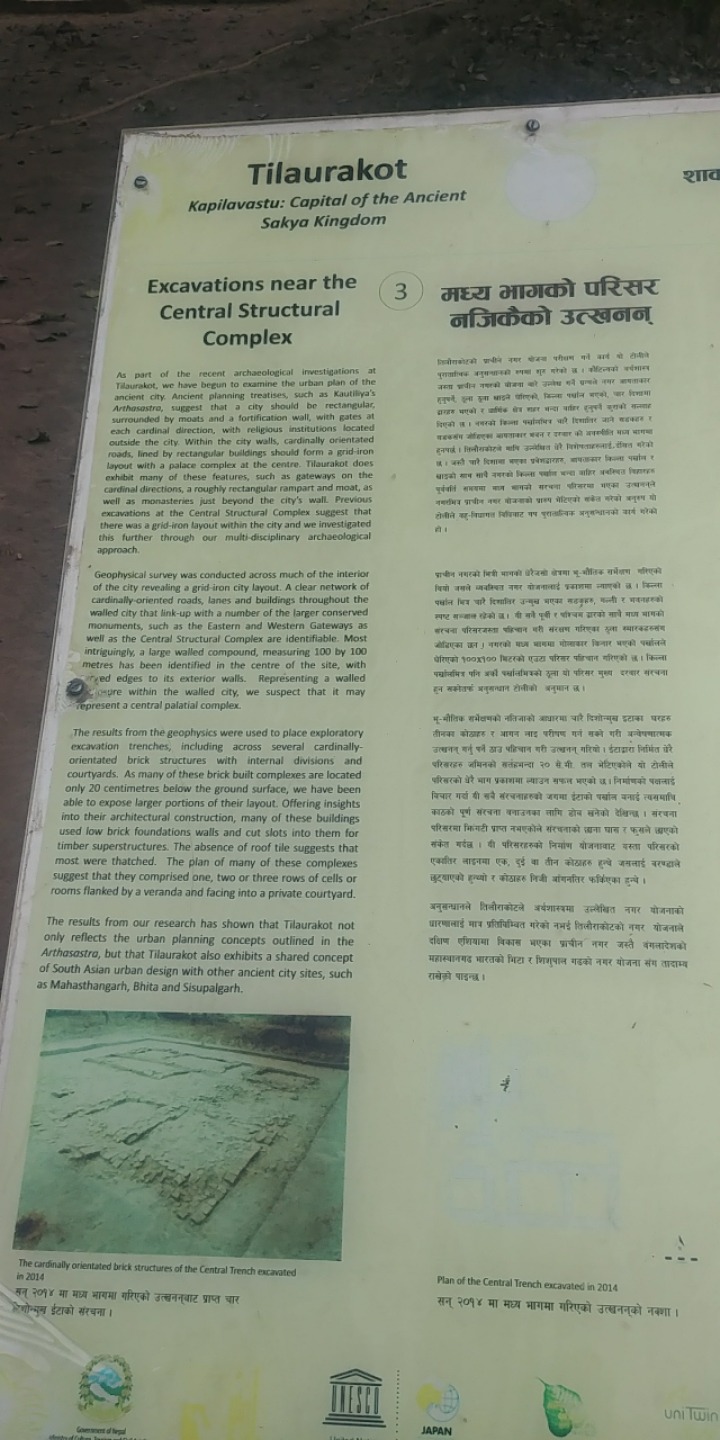 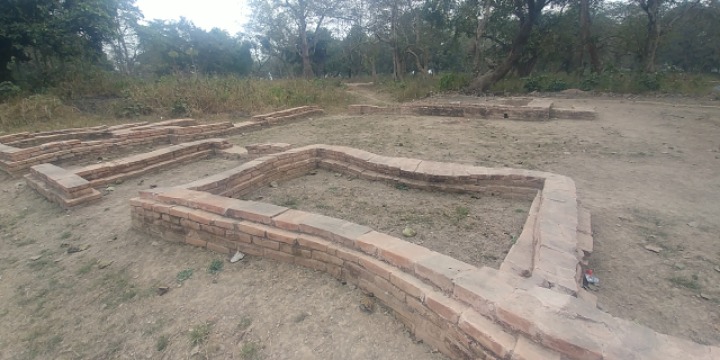 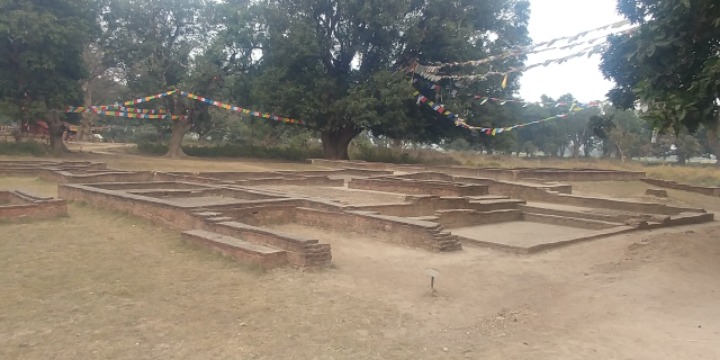 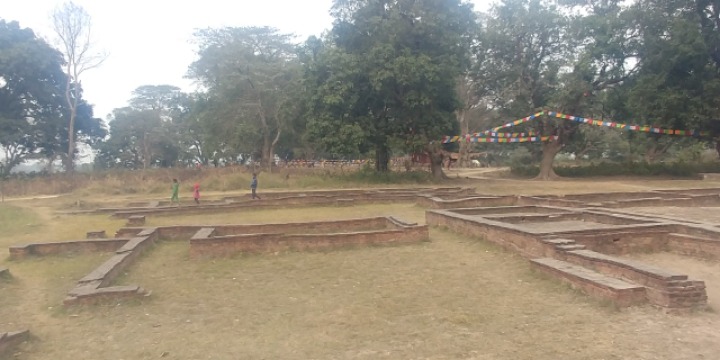 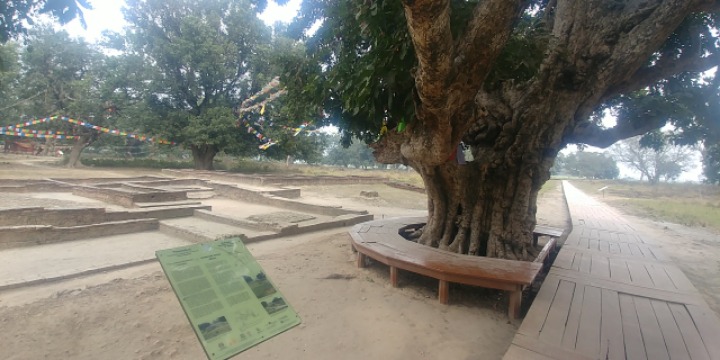 I saw the relics of Kapila castle where Buddha spent his early years. 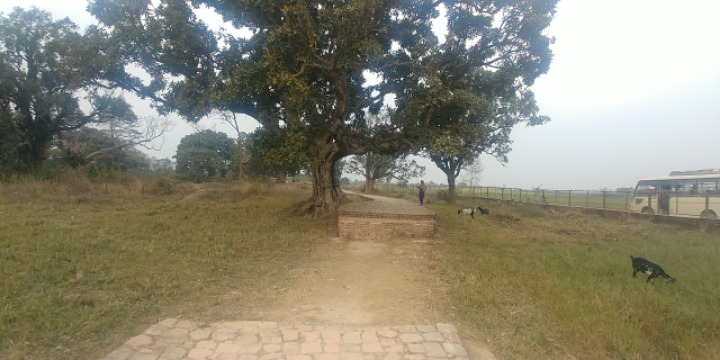 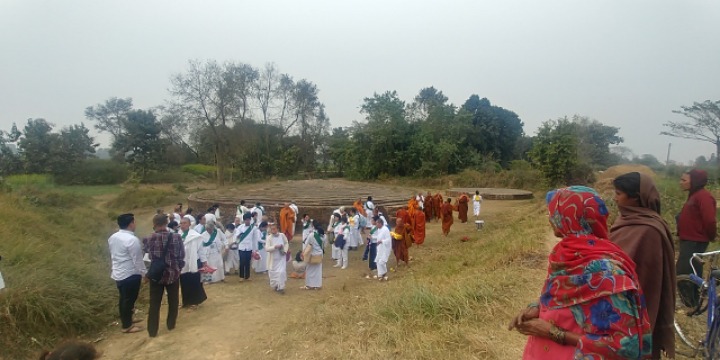 Buddhists from several countries came and paid respect to the relics.

On the way back, we received free ride to a bus which was carrying monks from Myanmar.

Mr. Hara handed out leaflets one by one and publicized the pilgrimage. 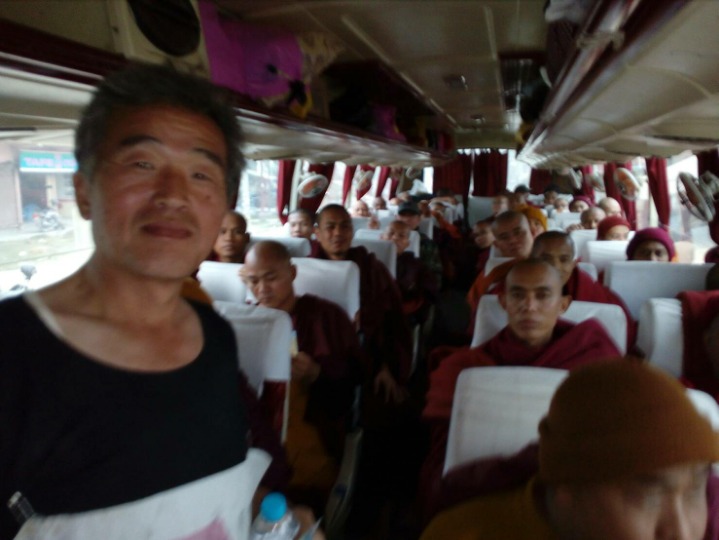 After reading the leaflet, the monks greeted us with warmth.