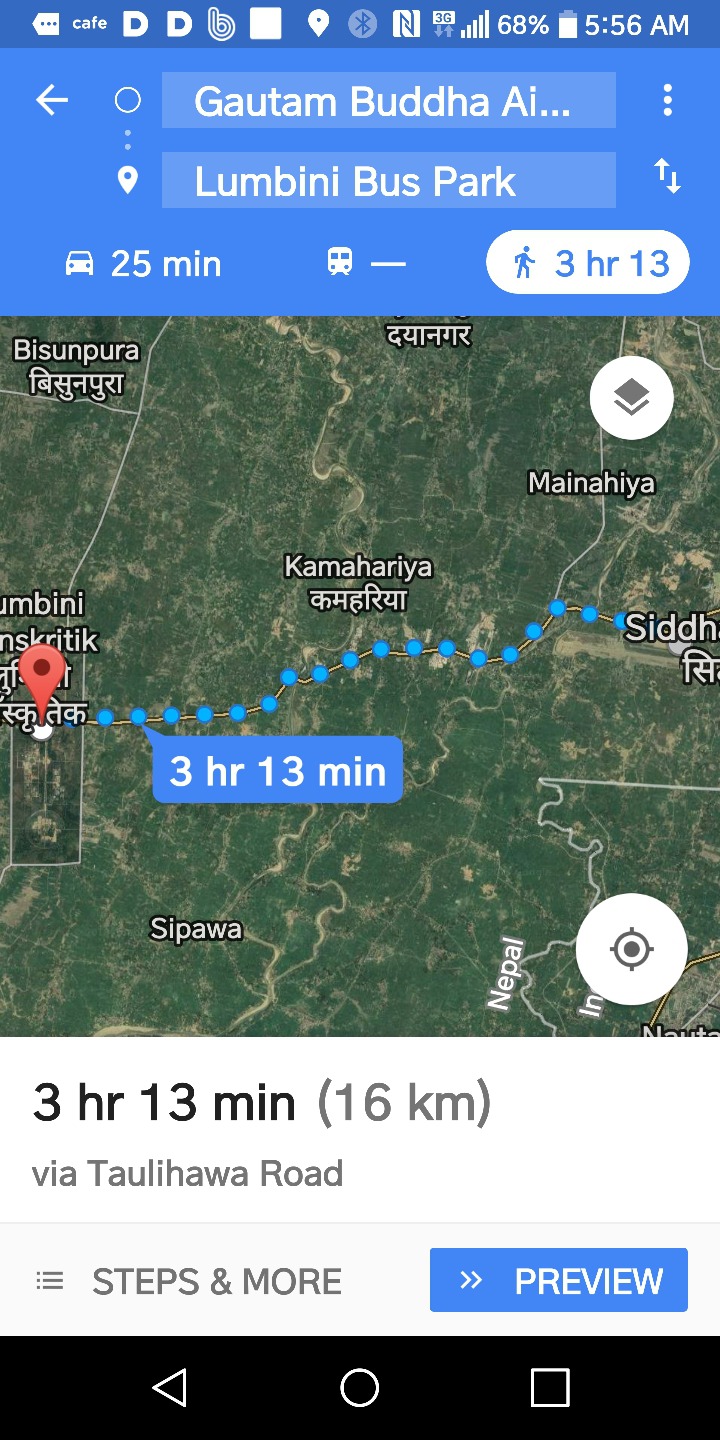 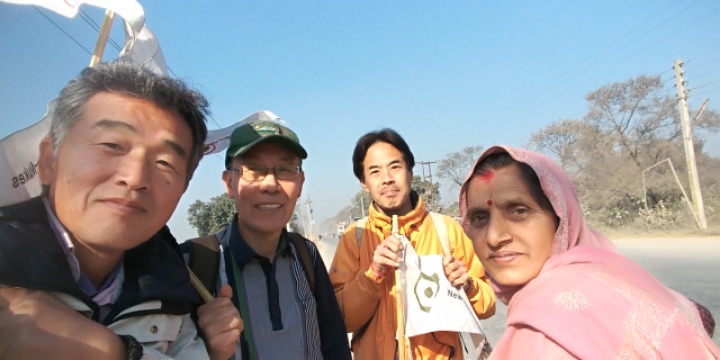 The woman in the right-hand side is a Hindu whom I met at the starting point. 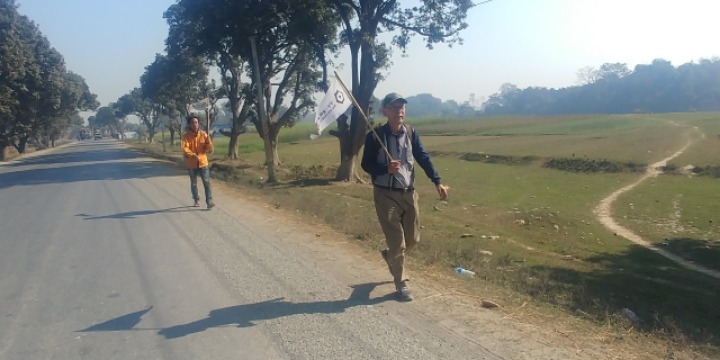 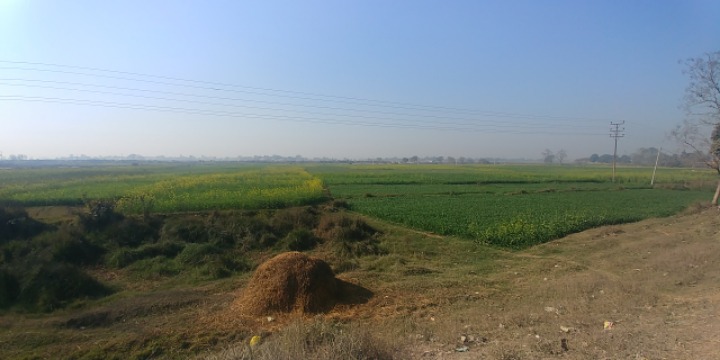 It was a typical weather of spring. 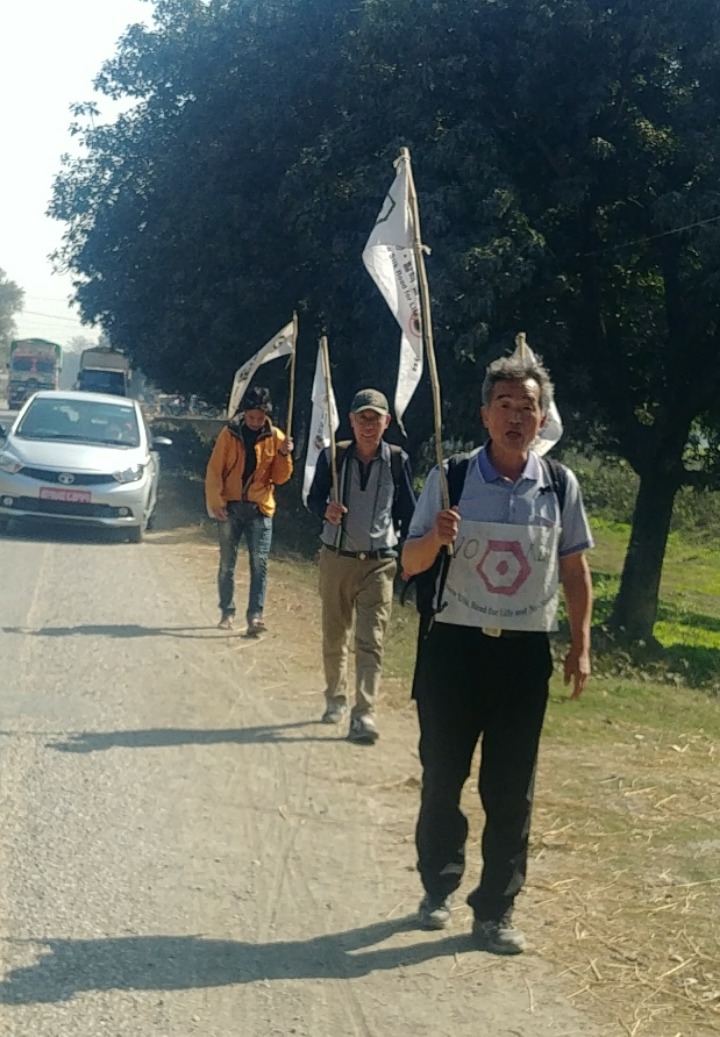 Three pilgrims walked in a row. 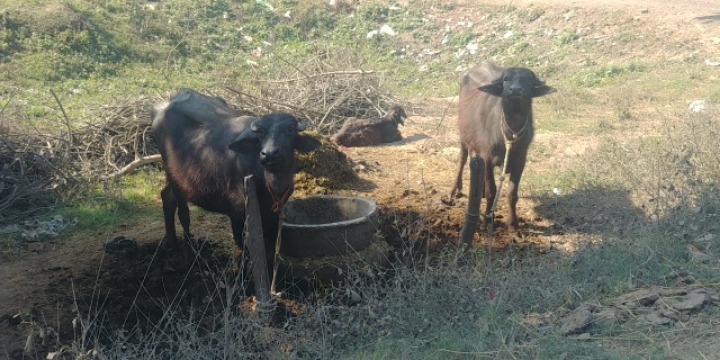 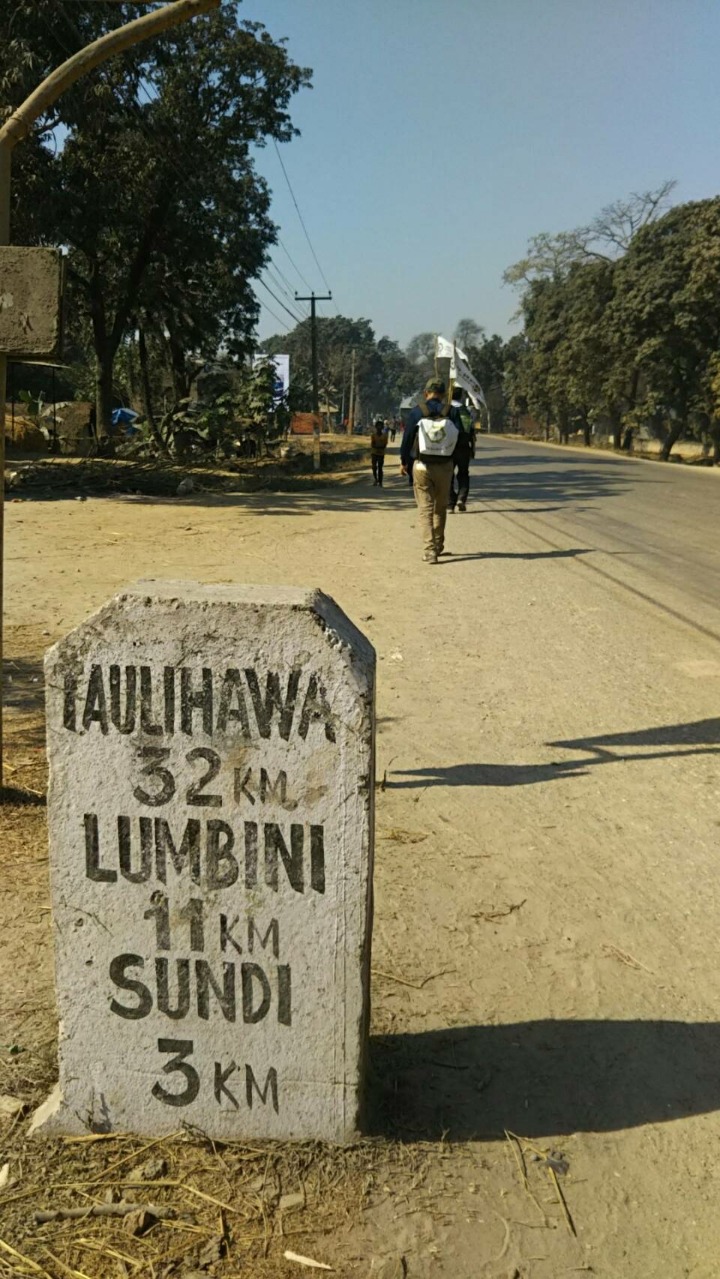 This family has some relationship with Daesungseokgasa which is a Korean temple in Lumbini. 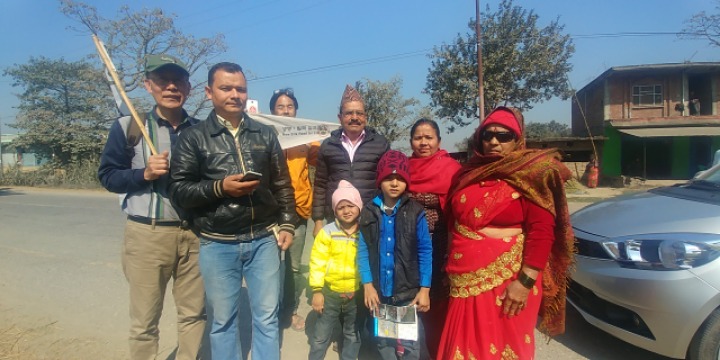 We took a picture together. 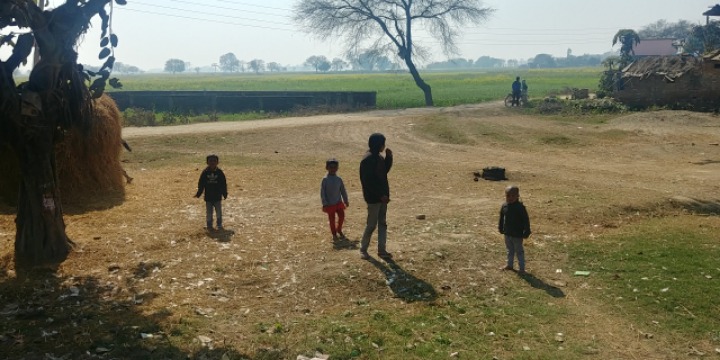 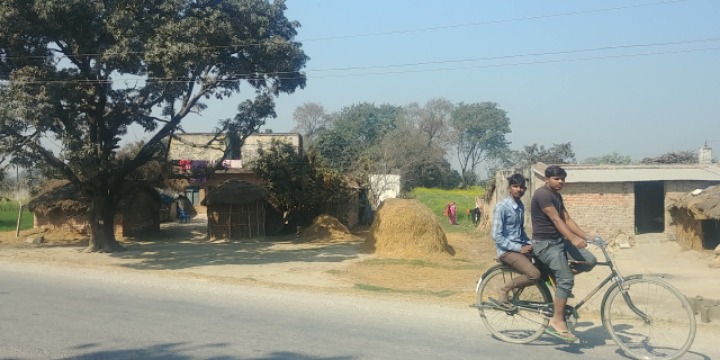 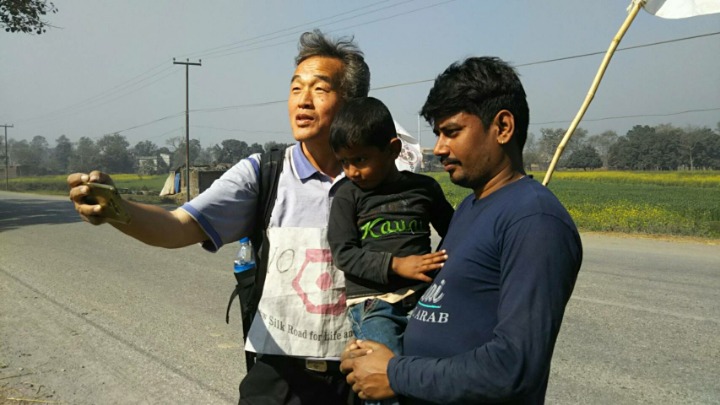 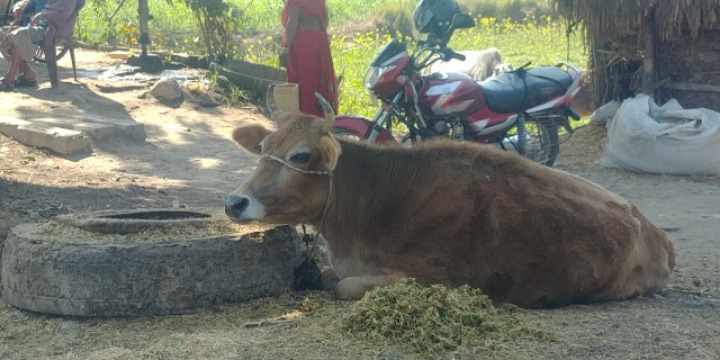 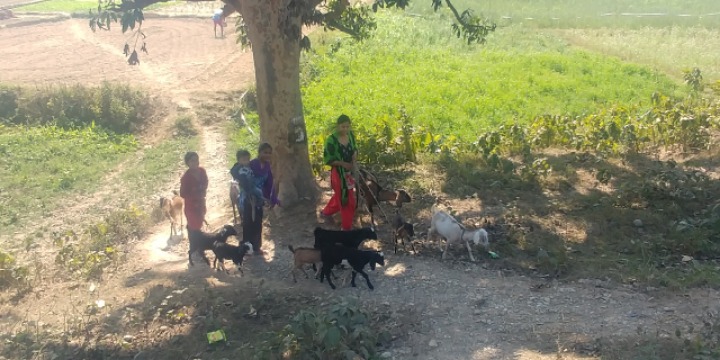 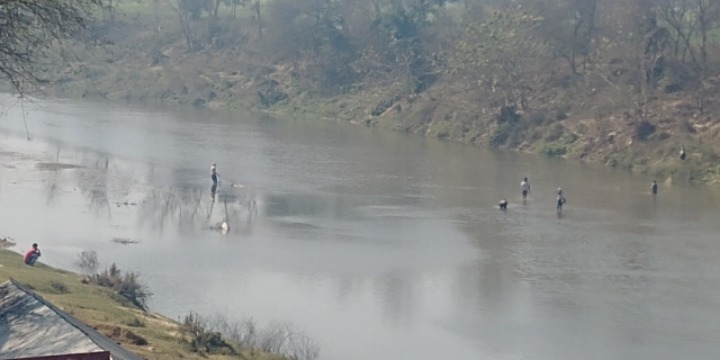 Since it was a spring weather, people could throw a net to catch fish.

Finally, we arrived at Lumbini.

As you see in the picture, it was a rectangular area with 1.6km × 5km.

Total width of Limbini was 8㎢.

Nepalese government, UNESCO, and Buddhists all over the world cooperated together

and initiated Lumbini development project around the area where the relics were found recently.

At Lumbini, there are many temples built by several countries in the world,

including German temple and French temple. 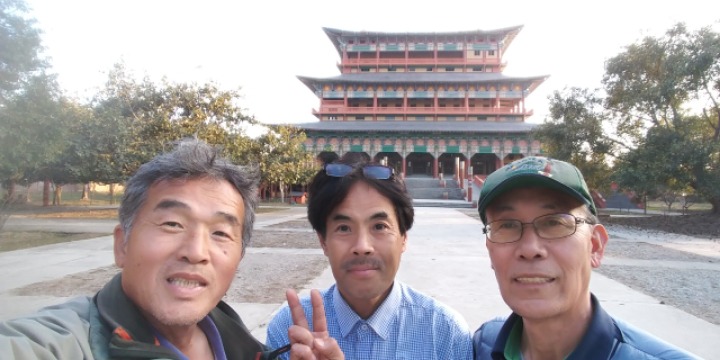 After walking for a while, we arrived at Daesungseokgasa, which is an outstanding Korean temple at Lumbini.

We stayed here for 4 days. 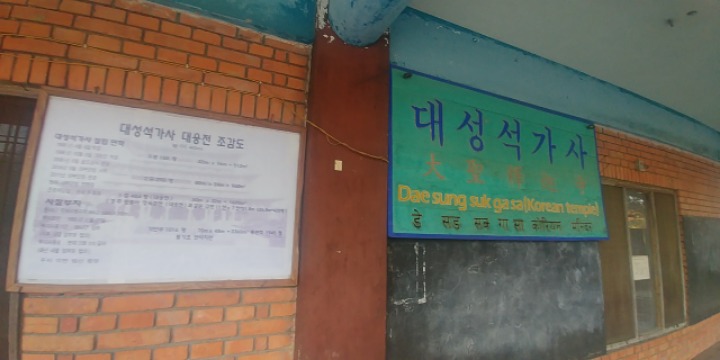 Following pictures are taken around Lumbini. 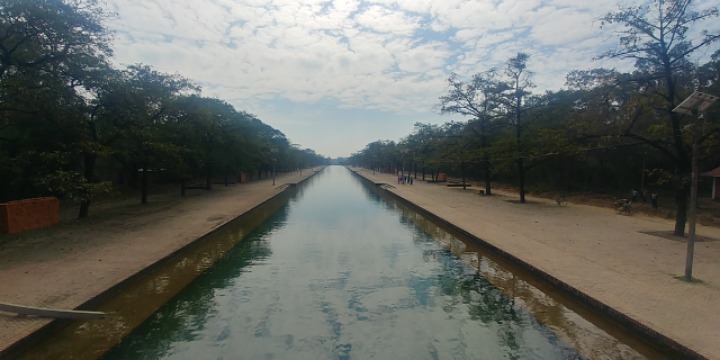 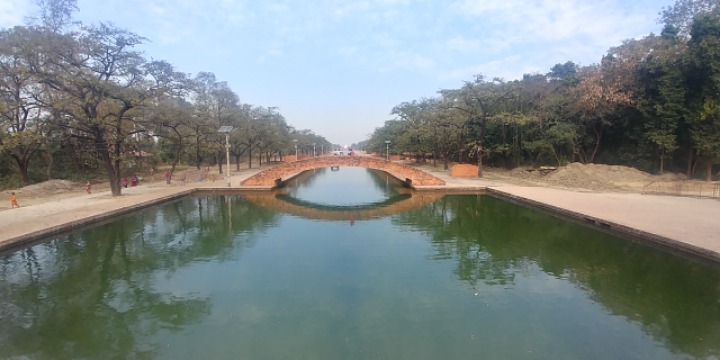 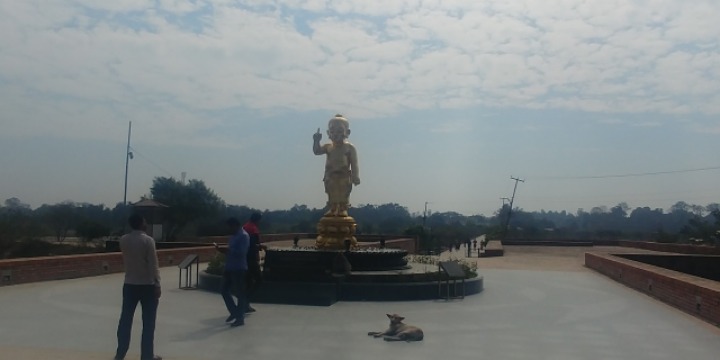 Behind the statue of Child Buddha, a dog is sleeping without any concern. 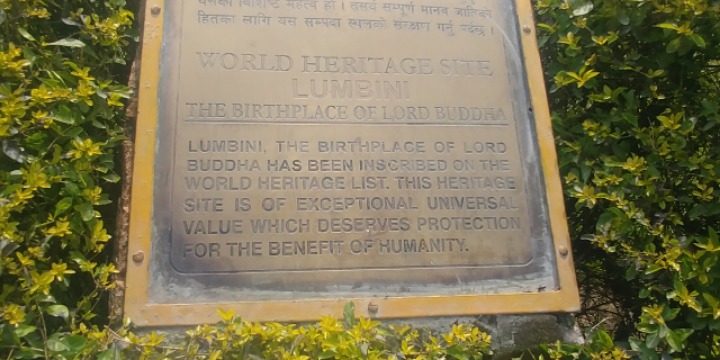 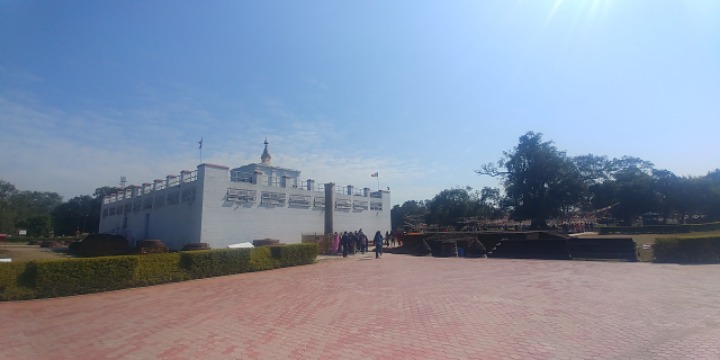 This is central place of Lumbini where relics of Sakyamuni Buddha are located. 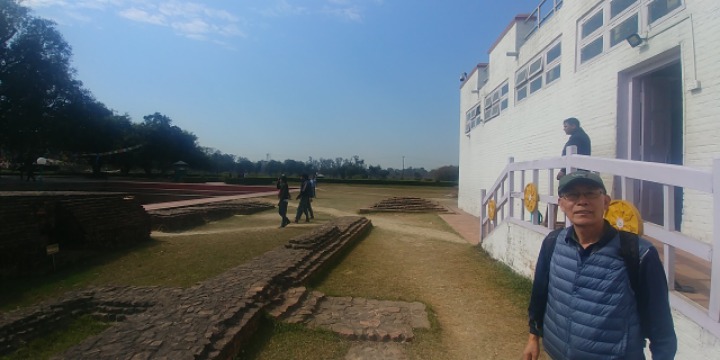 Professor Lee posed for a picture. 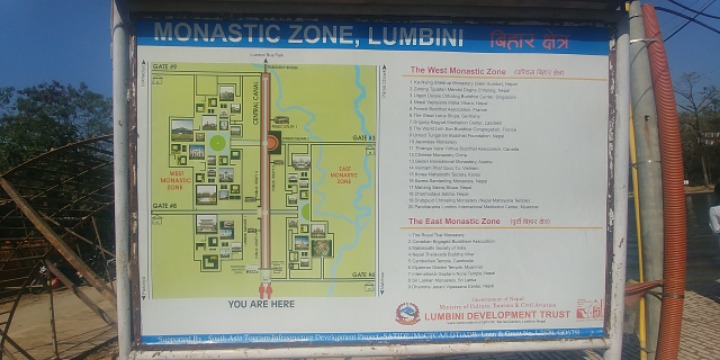 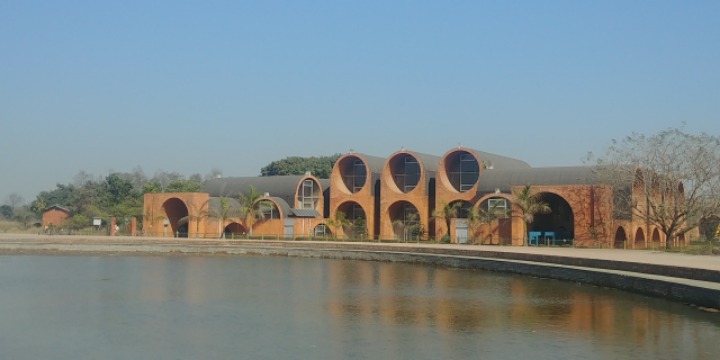 This is World Peace Pagoda which was made by Japanese Buddhists. 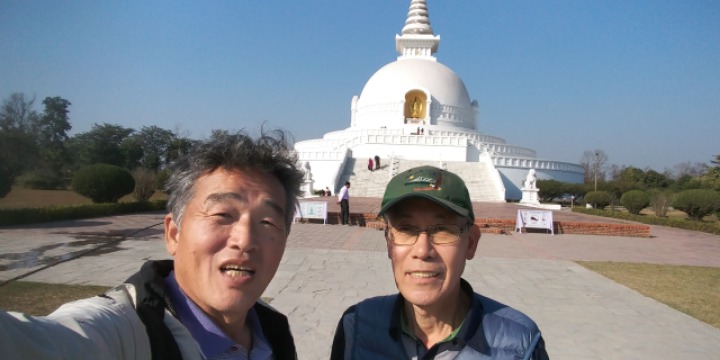 Mr. Hara was not included in this picture. 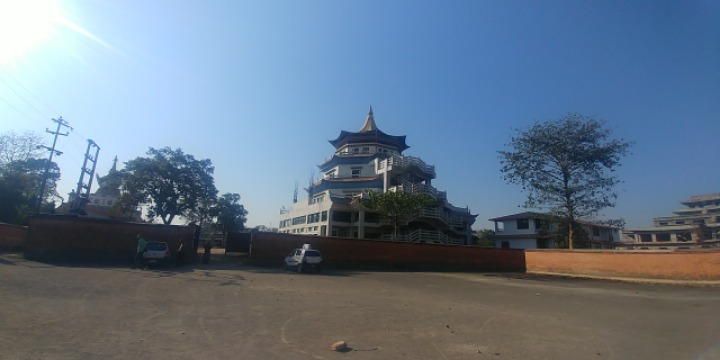 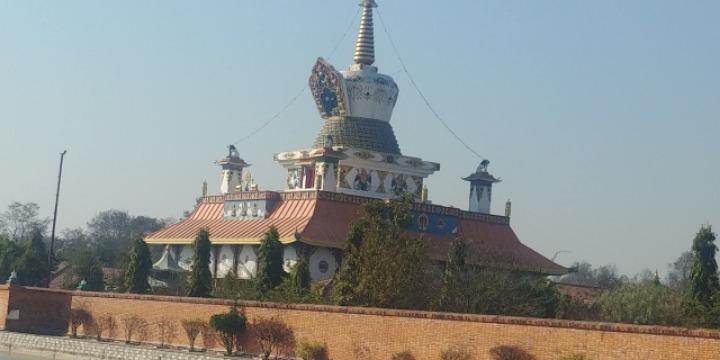 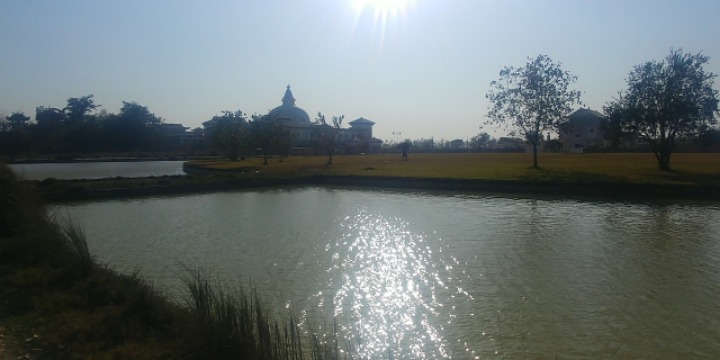 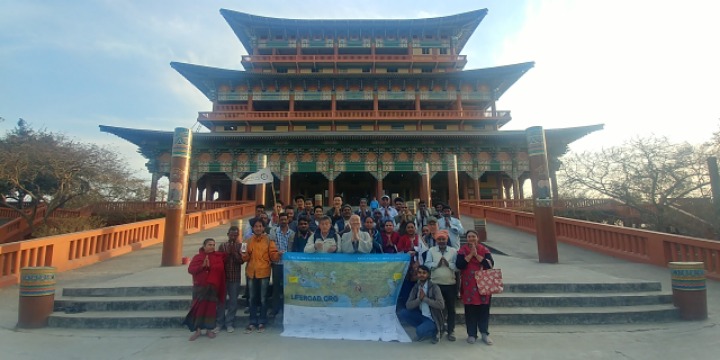 We took a picture with Wonin monk who became friendly after a while.

We took a picture with all the workers of Korean temple.