We went to Chitwan National Park early in the morning.

This park is a famous place where people can see wild animals.

Professor Sang Hoon Lee missed this tour because of stomachache.

There are two ways to see wild animals, either to walk or to use car.

Then we had to hire two local guides (6,000 Rupee) who will protect us from wild animals.

Total length of tour was 25km. 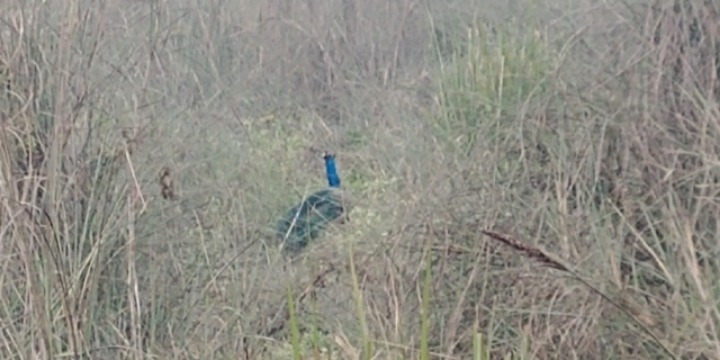 I saw a peacock near the entrance of the forest. 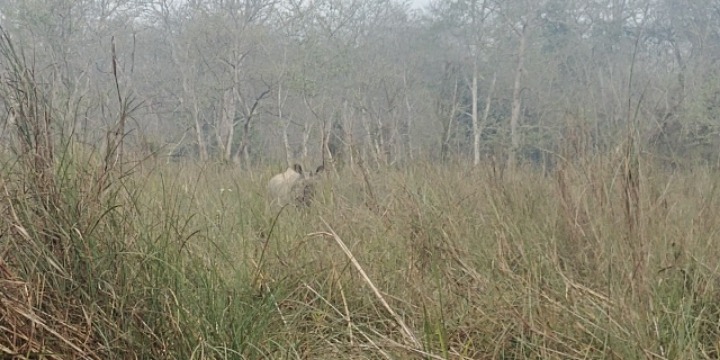 I saw an animal far away. 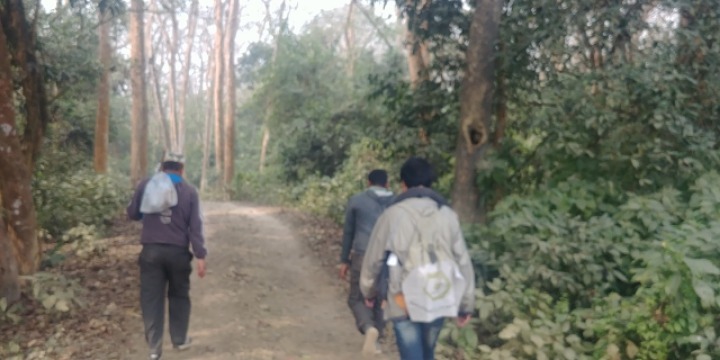 I followed such road all day long.

Rather, when they feel my approach, they ran away.

An observatory looking down the jungle. 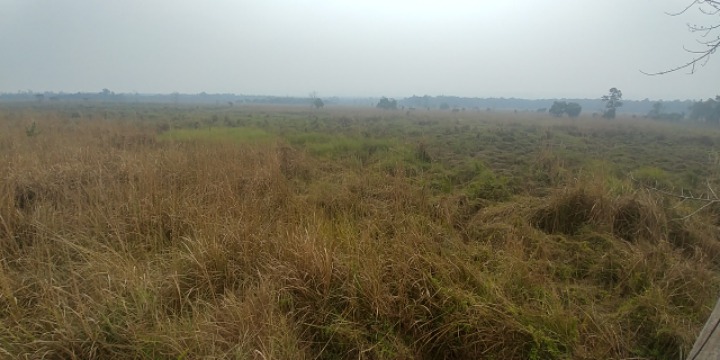 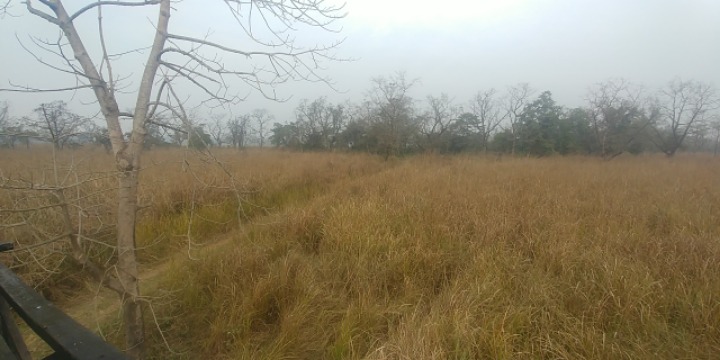 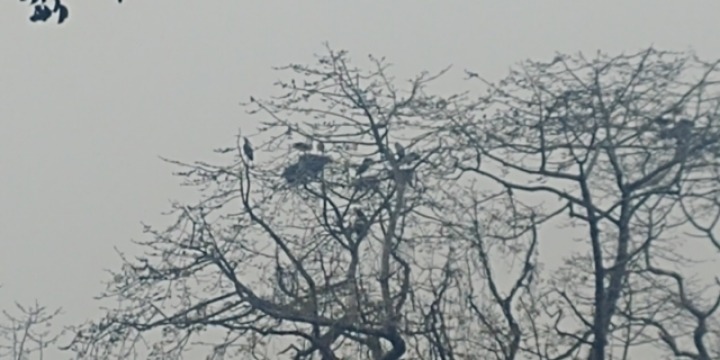 It is not easy to walk roads with same appearance for hours. 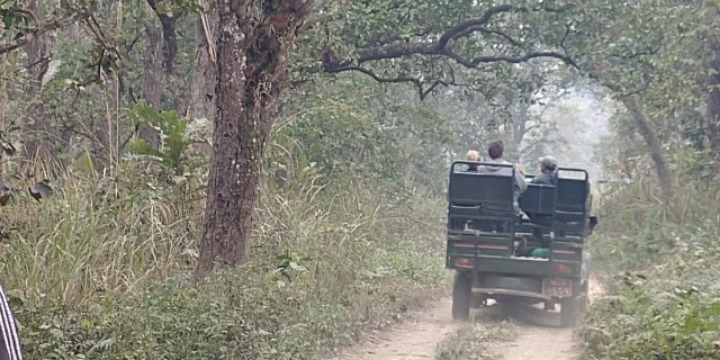 Some people toured by riding a safari car. 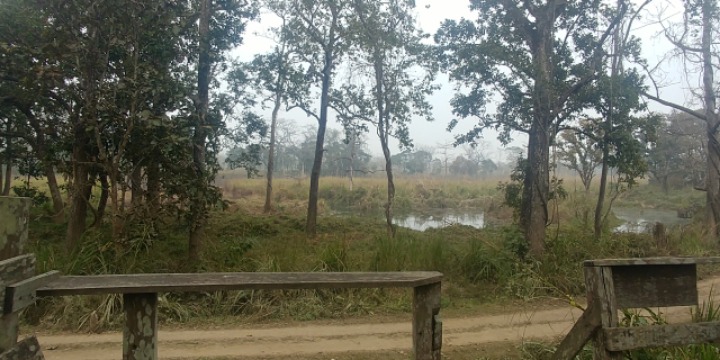 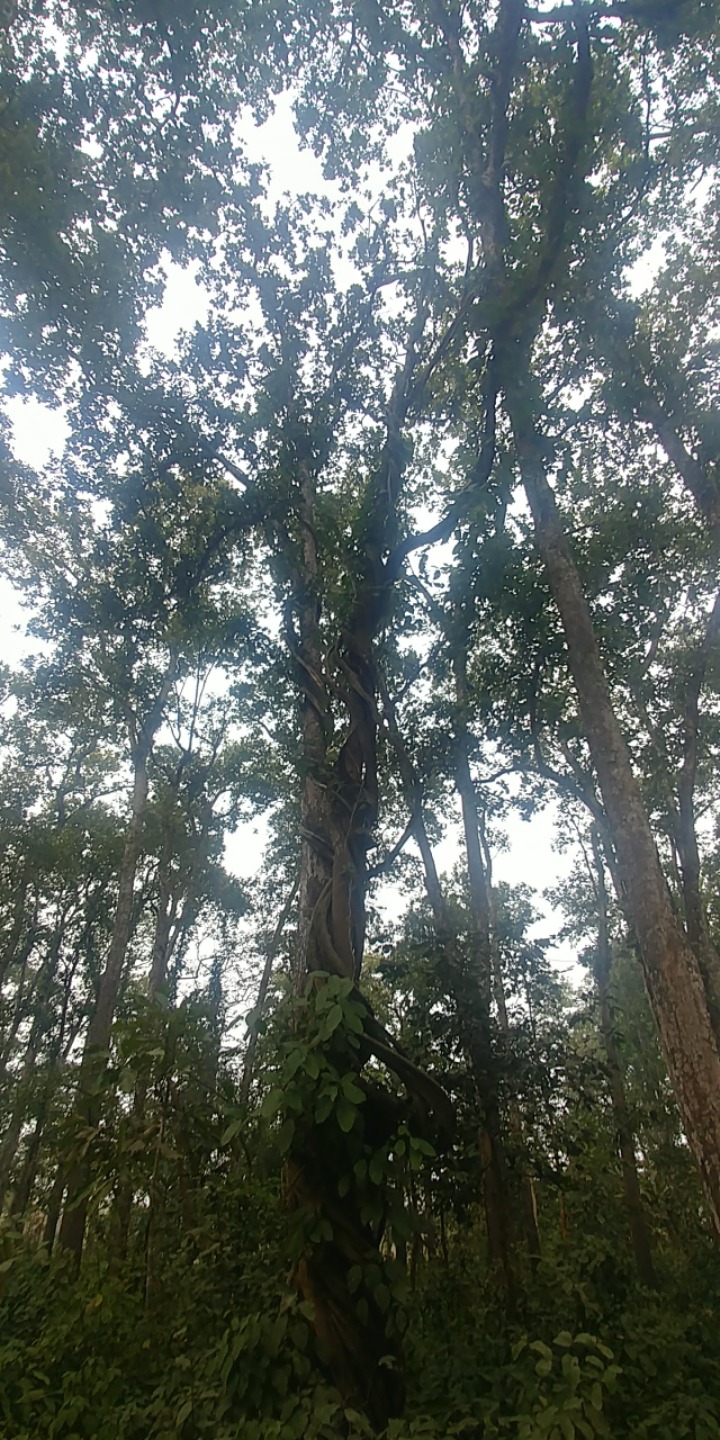 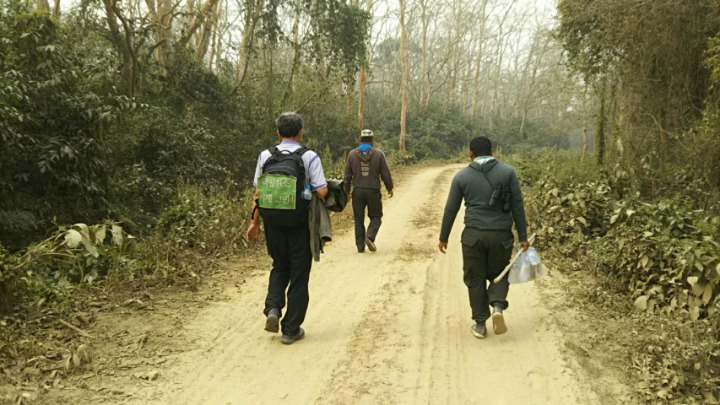 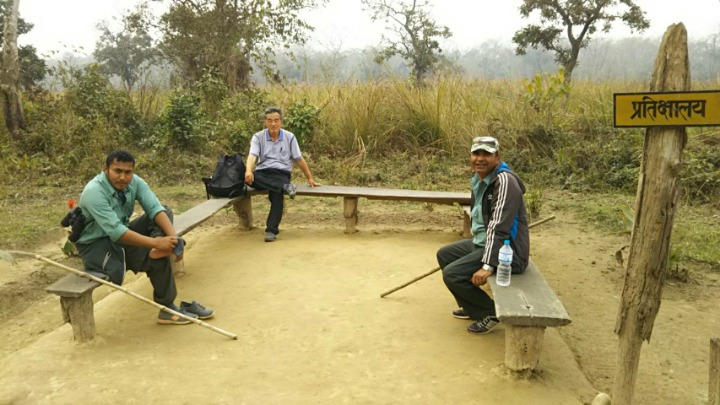 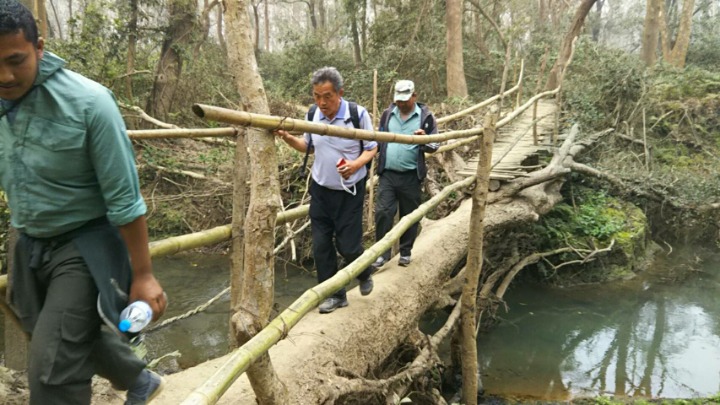 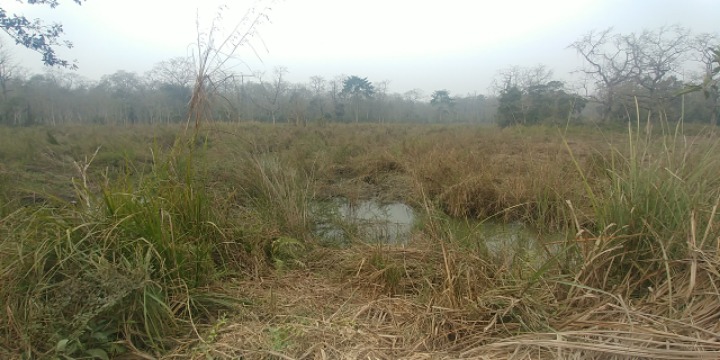 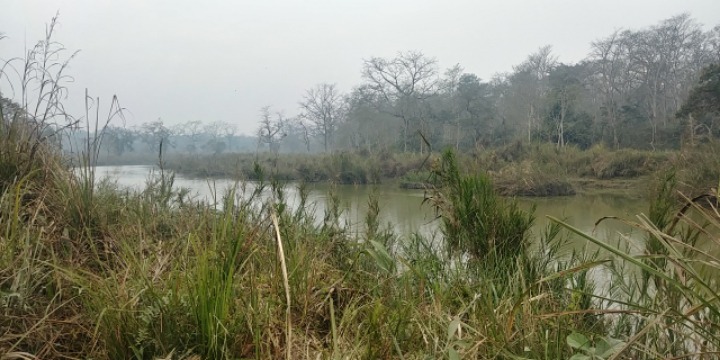 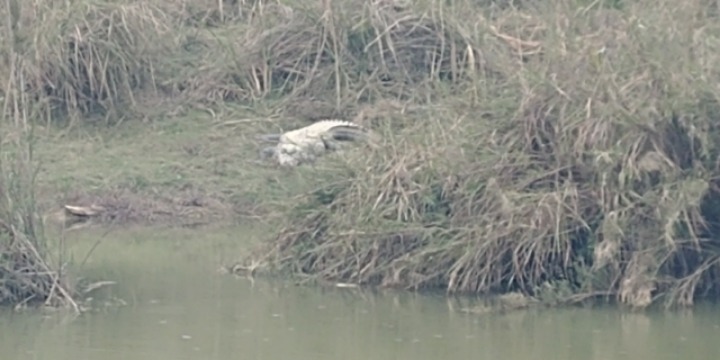 A crocodile was living over the river. 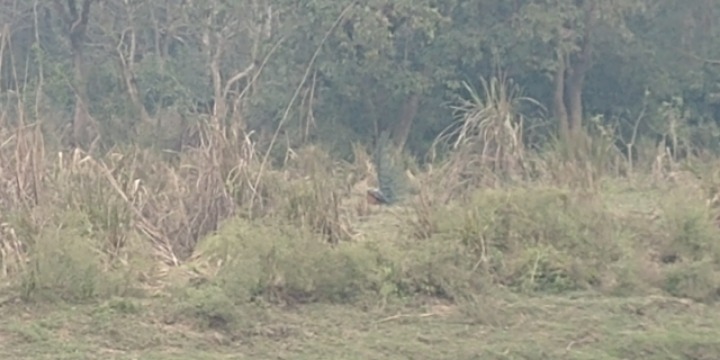 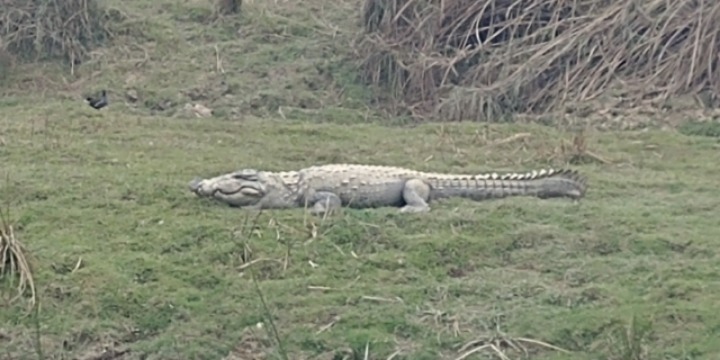 This was a big crocodile.  I guess he was tied for the tourists. 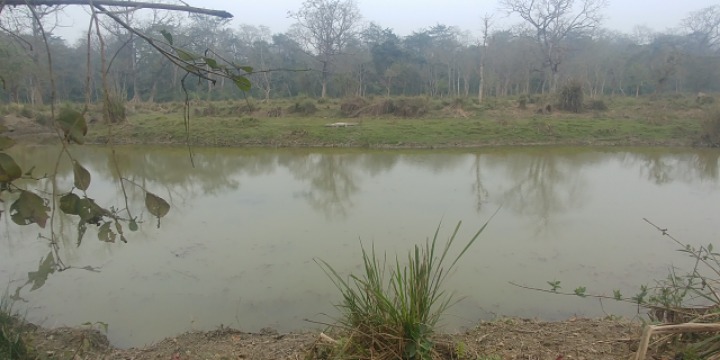 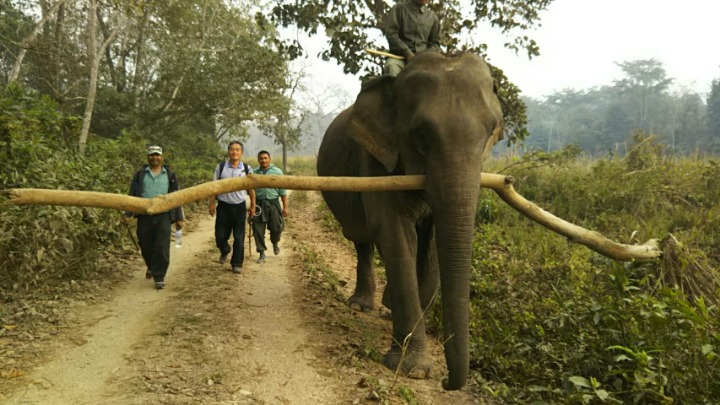 At the last section, I saw rangers riding on elephants. 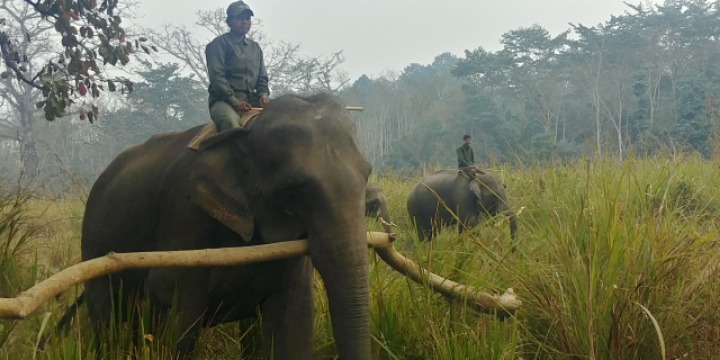 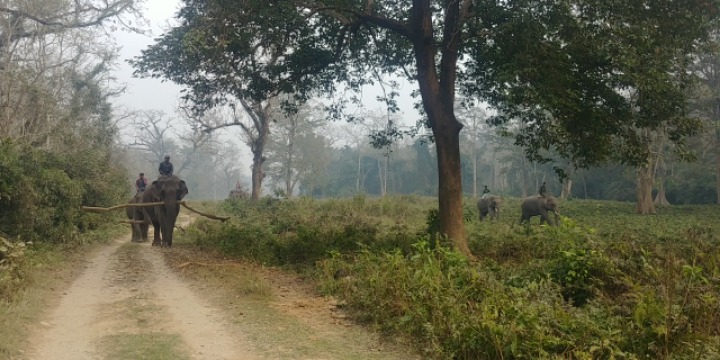 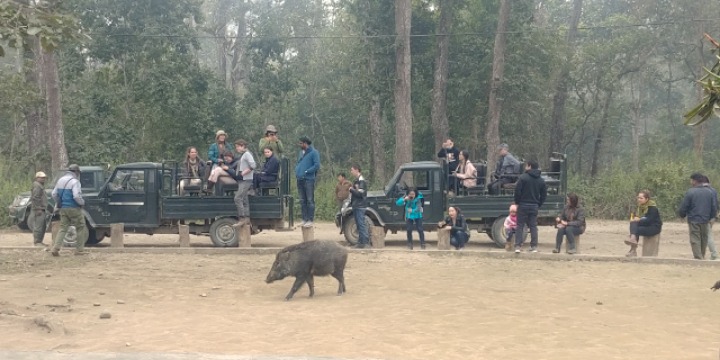 At the end of the course, a wild boar appeared. 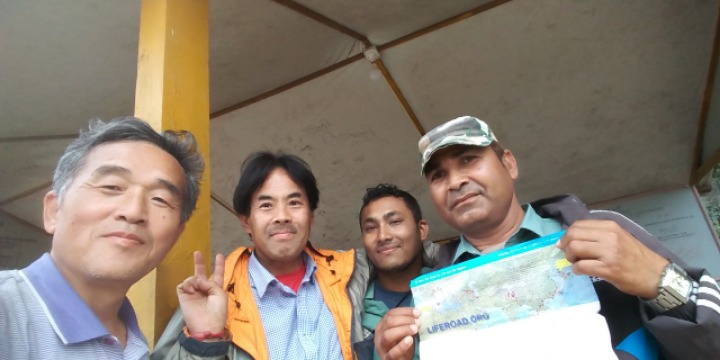 I took a picture with guides.

When I returned to hotel, a wedding ceremony was going on. 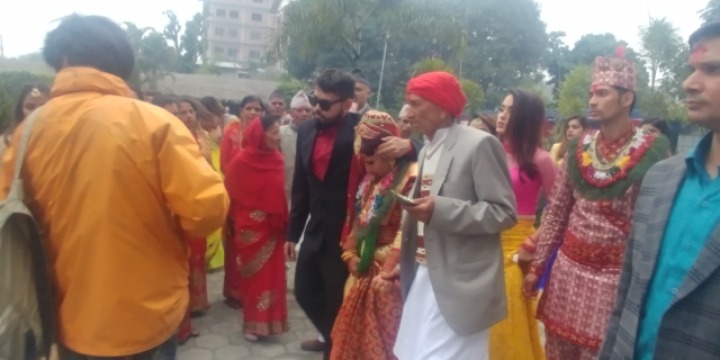 Well-dressed people were moving after the ceremony. 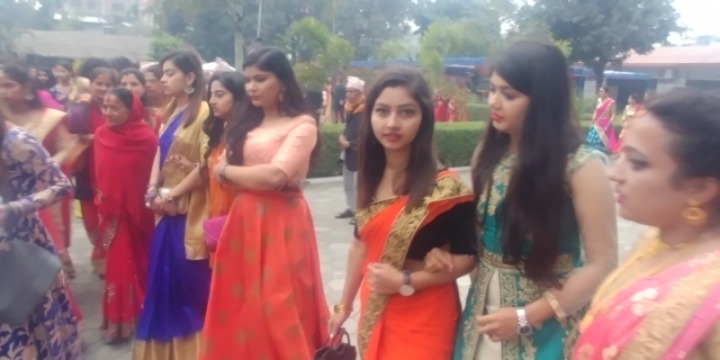 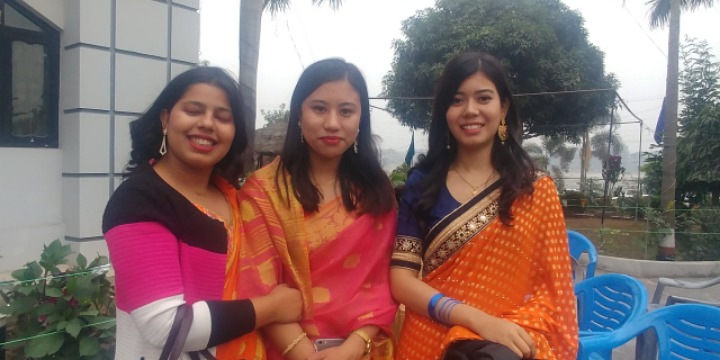 Three women asked me, “Where are you from?”

I said “South Korea.”  They greeted us. 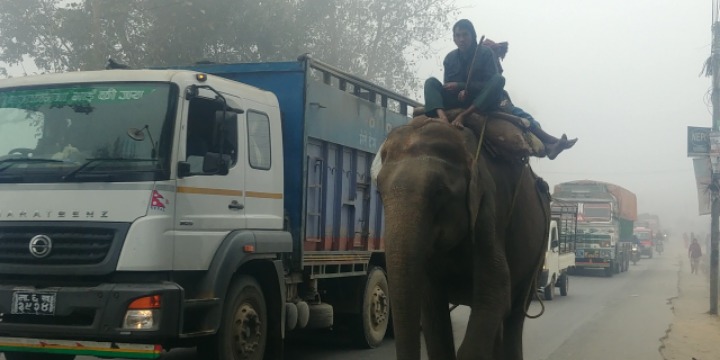 The next day, while we were going to bus stop, we met an elephant strolling in street. 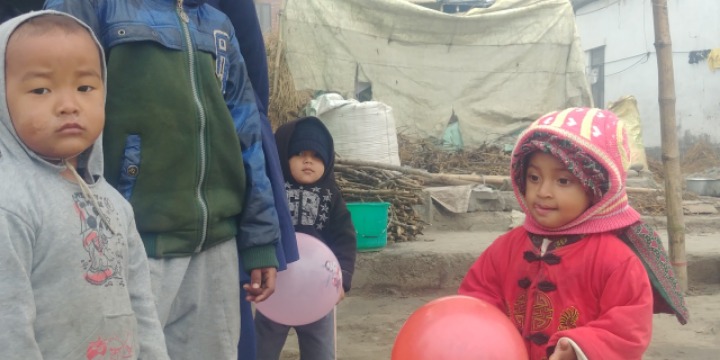 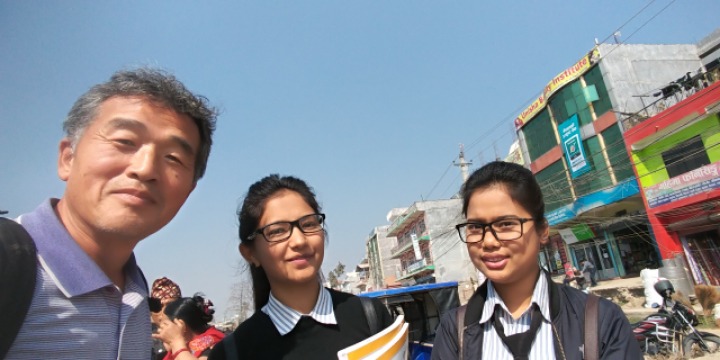 I met college students at bus,  We got off at same bus stop. Thick frame of eyeglasses was very outstanding. I handed out leaflet and explained about pilgrimage.

There was a Korean restaurant at the village. 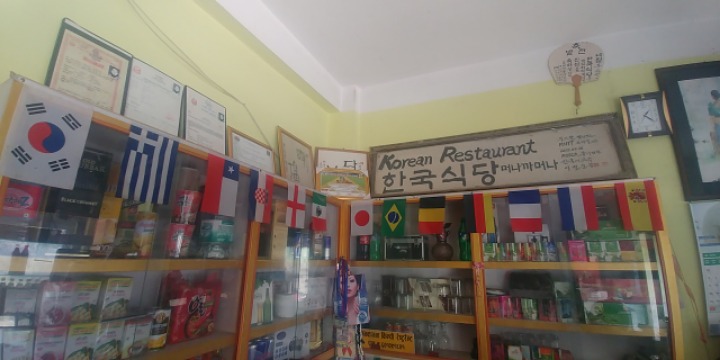 It was really a long time ago that I could taste pork belly.