During rest day, I went to the relics of Vaishali which is one of the 8 sacred places.
Vaishali is known as the place where Buddha preached his last teaching.
Buddha visited Vaishali frequently and preached there.
Moreover, Vaishali is famous because Buddha allowed women to become priest at Vaishali, which was an unprecedented and extraordinary event at that time.
Vaishali is the beginning of Buddhist priestess. 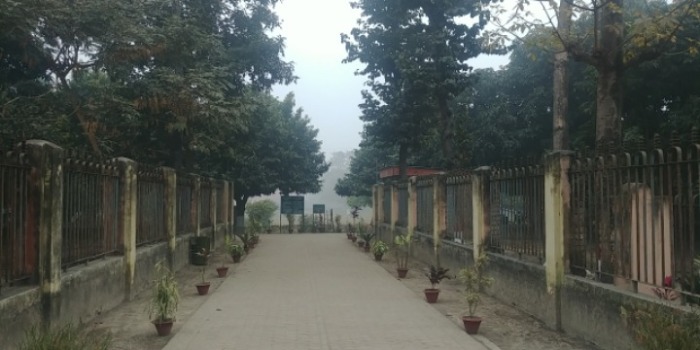 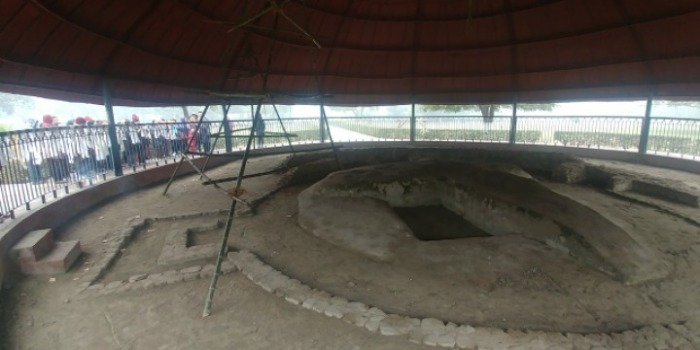 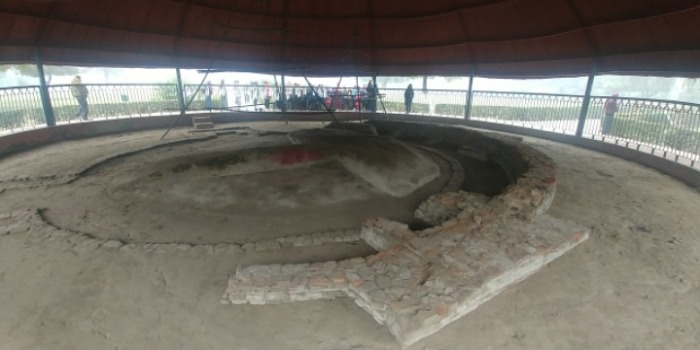 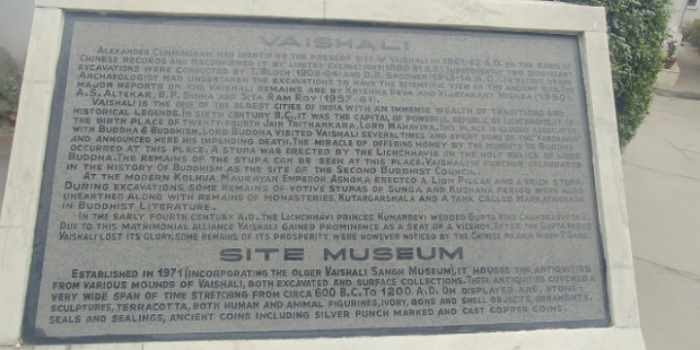 There was a Vietnamese priestess temple at Vaishali.
I could not find a good lodging nearby.
After searching a shelter without success, I happened to hear that this temple provide pilgrims lodging.
I stayed two days at this Vietnamese temple. 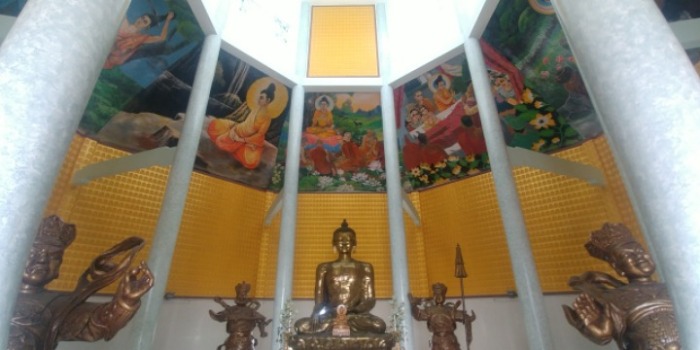 The priestess guided me and I could see inside of the sanctuary. 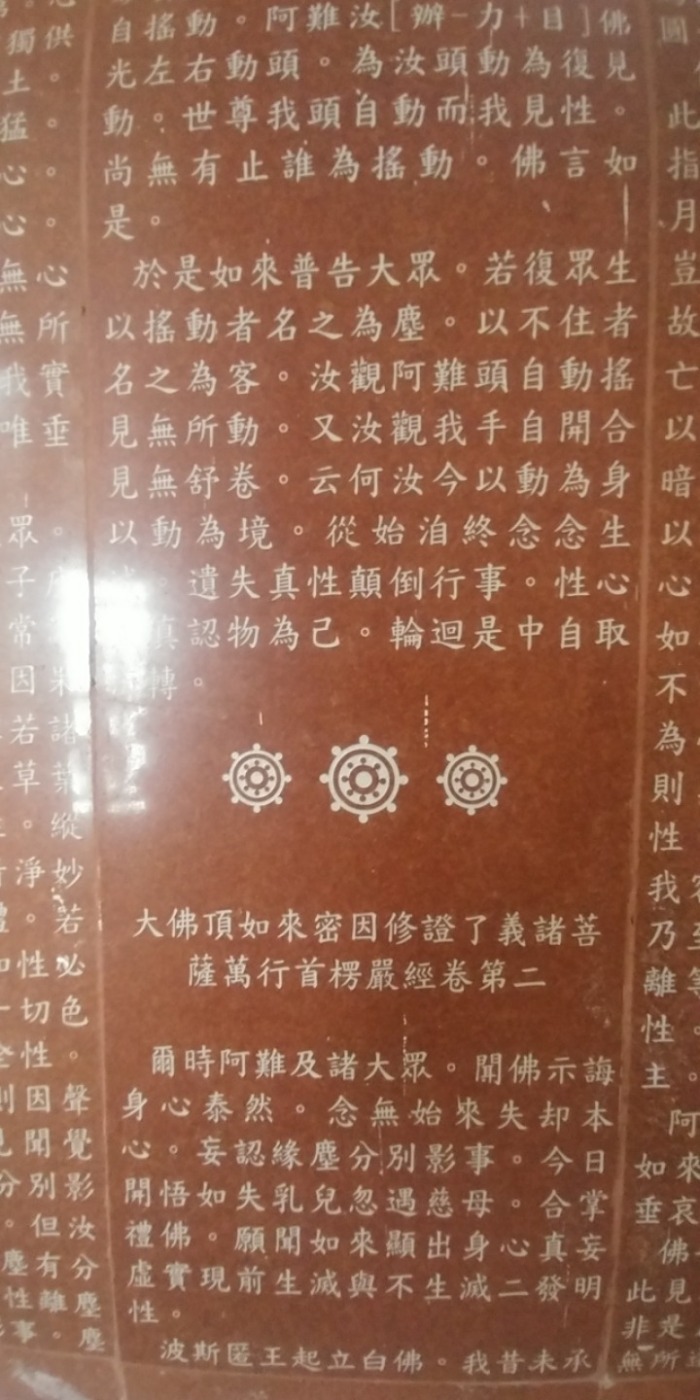 Some of the Buddhist scriptures were inscribed in English and Chinese on the wall of sanctuary.
I could see how they build the sanctuary and manage the temple.
I felt the will and power of Vietnamese Buddhism.

I went to another relic, Ashoka Pillar which was 5 km apart.
While I was moving, I found out the identity of this yellow flower.
It was raw material of Indian curry.
When I saw this flower first in India, I thought it was cole.
I thought simply that this flower might have some relation with curry.
Today, I confirmed that this was curry, from conversation with an old man whom I met in the village. 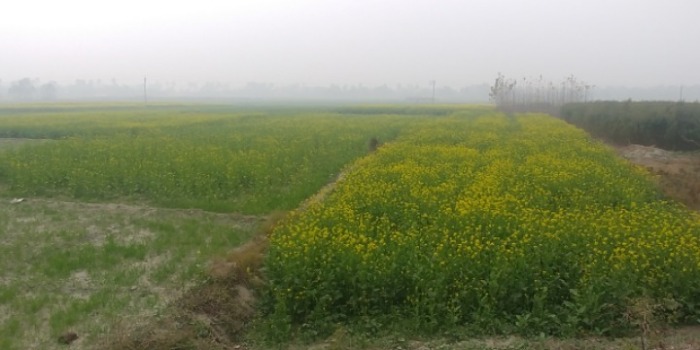 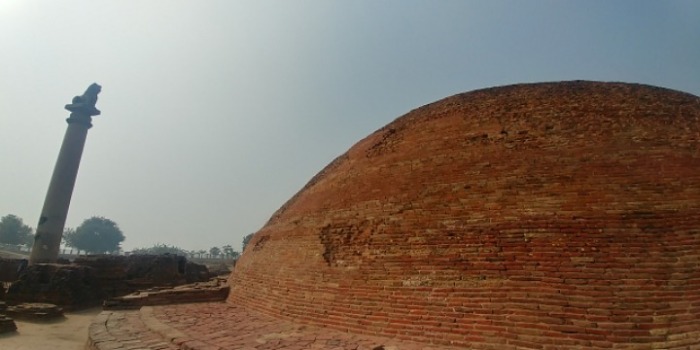 I arrived at Ashoka Pillar.

I thought the atmosphere here was just like that of Sarnat.
I stayed here for a long while, pondering on the time when Buddha lived and preached.

In the evening, a priest is striking religious bell and chanting prayer.

I can’t forget the tidy and simple food which I ate at the Vietnamese temple for two days.

I took a picture with the priestesses before we leave.

For the very moment of taking picture, an old dog of the temple is peeing without shame.