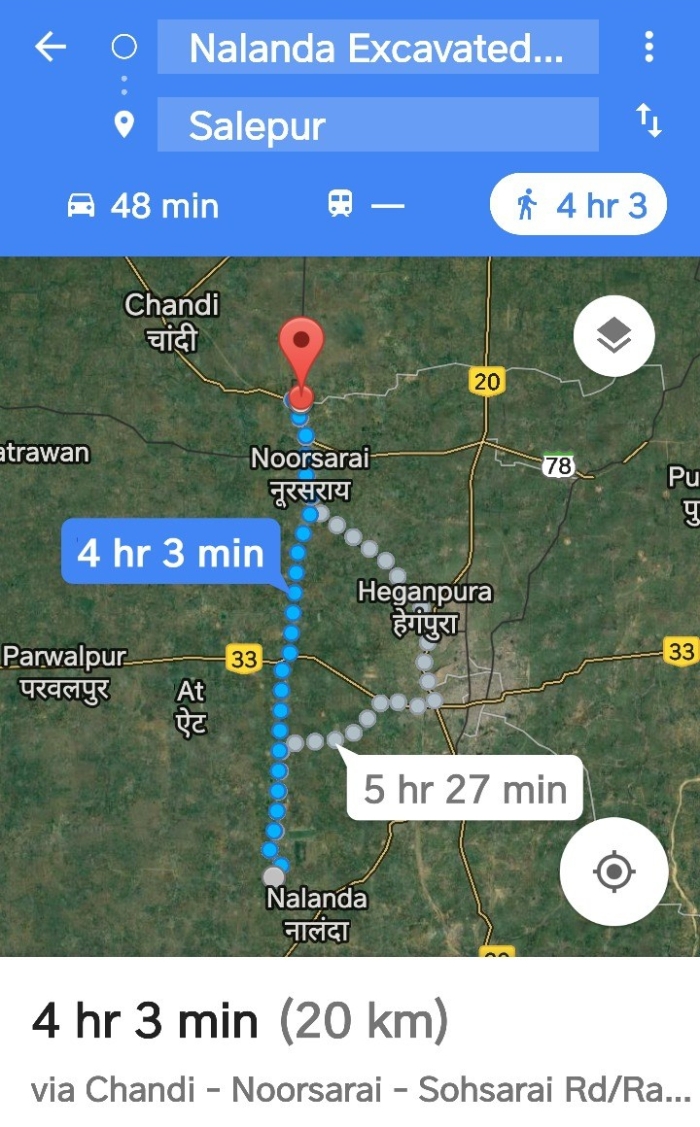 From Nalanda temple to Patna, I decided to take the shortest course passing through villages.
It will take three days to walk 60 km.
Though Mr. Hara recovered his condition, he would rest one more day.
He will start to walk tomorrow. 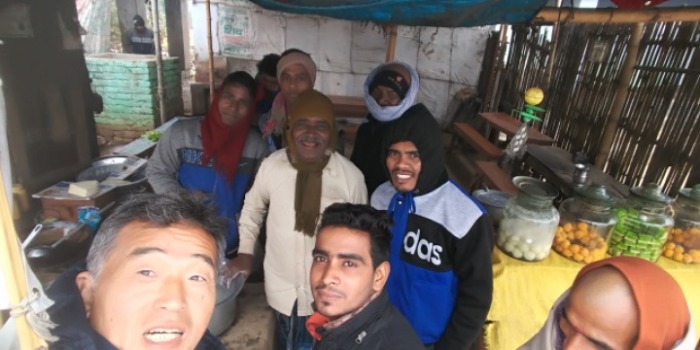 I took a picture with people in the first village near Nalanda temple. 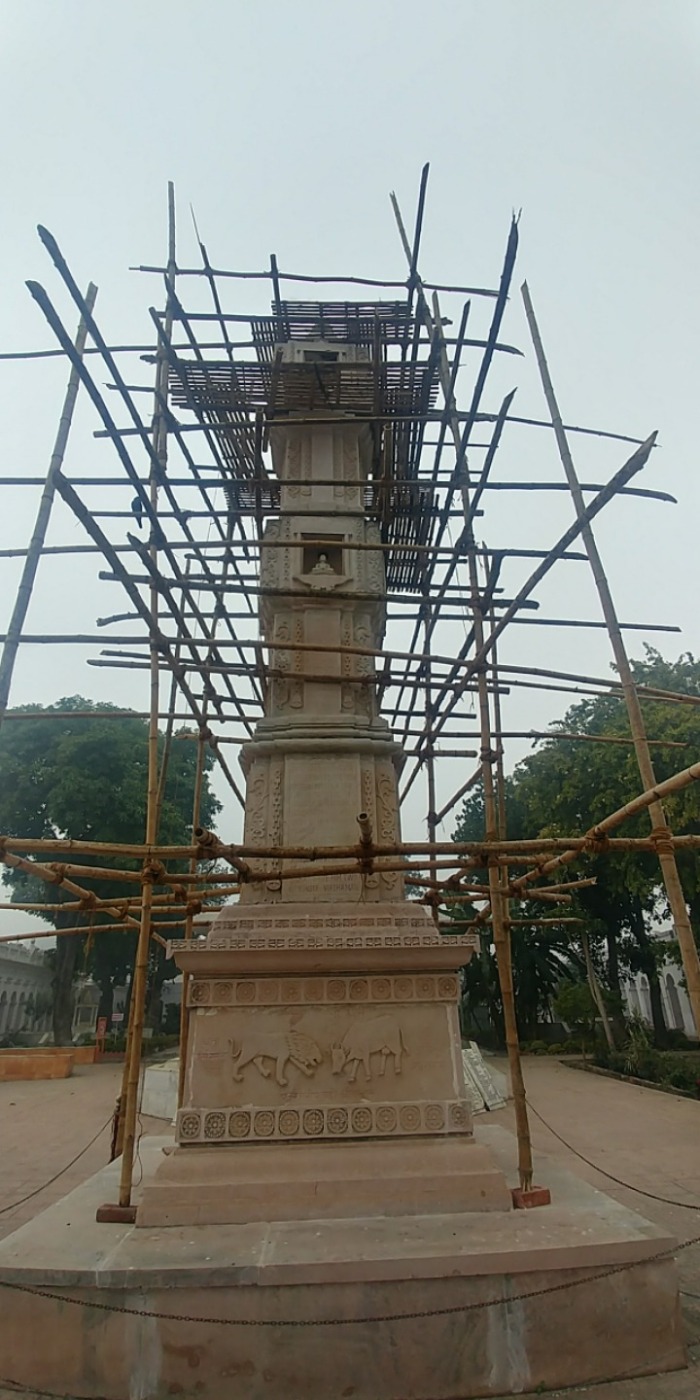 They are repairing a tower of an old temple. 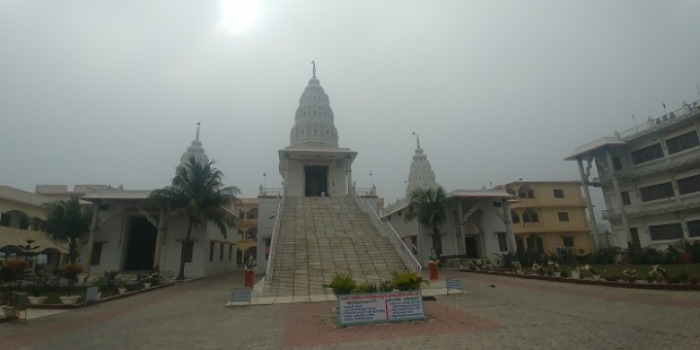 A Buddhist college building which was constructed recently. 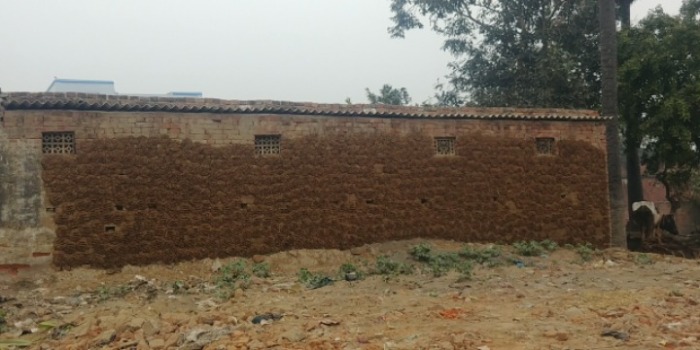 While I was passing by a village, they were drying cattle dung spread on the wall for fuel. 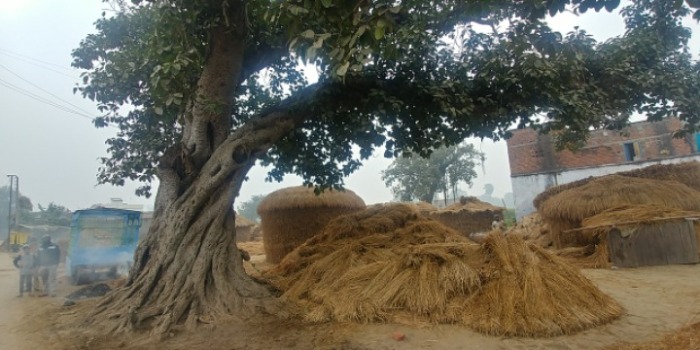 Bunches of rice straw which were piled up under a stately tree looked affluent. 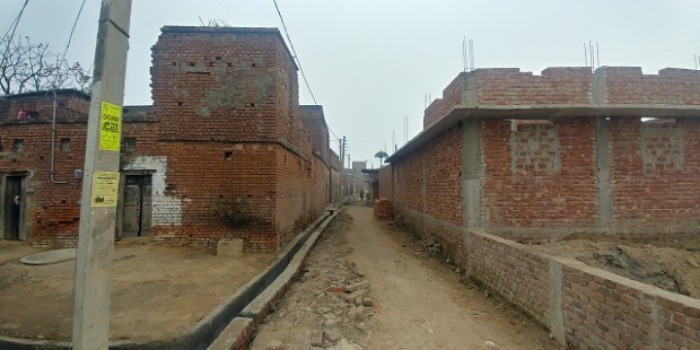 People in old village were repairing sewage.
The first thing to do in village improvement project is water management.
The water management in flat land is not easy.
Probably, the people in this village have succeeded in decision making. 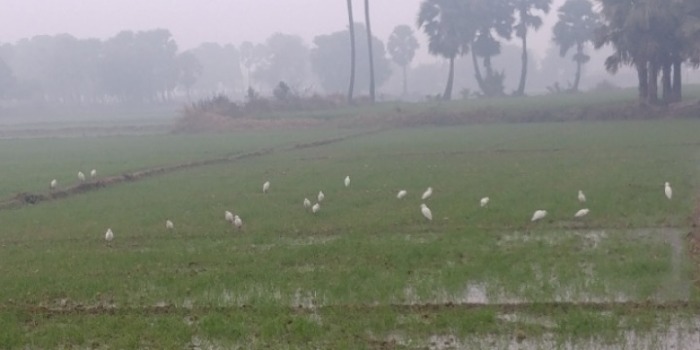 Birds flocked in rice paddies which was turned into wetlands. 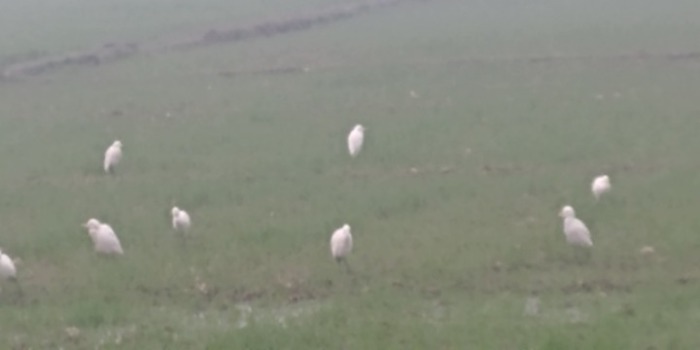 Food for the birds are plenty, I guess. 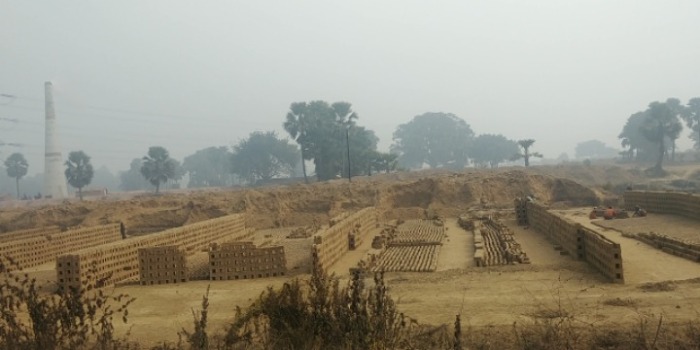 Side job of villagers in winter time is to make bricks.
Most buildings in this area were built with earthen bricks. 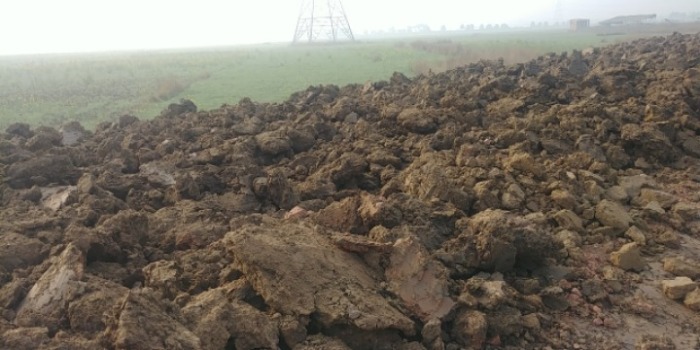 The soil has plenty of clay ingredient. The soil in this picture is molded into brick-shape.
They dry and burn the brick-shapes. Every village has a brick factory with chimney. 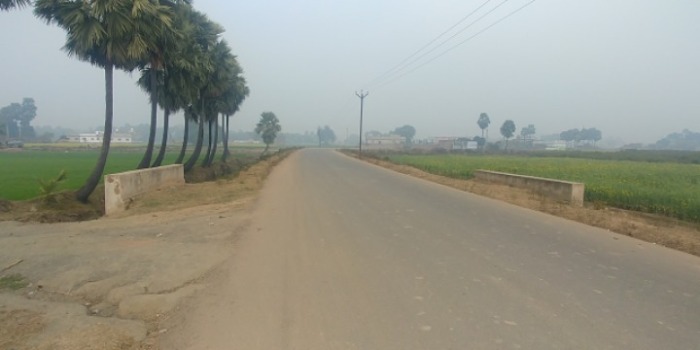 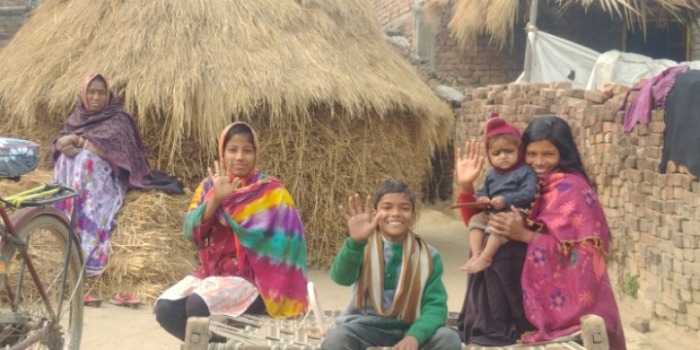 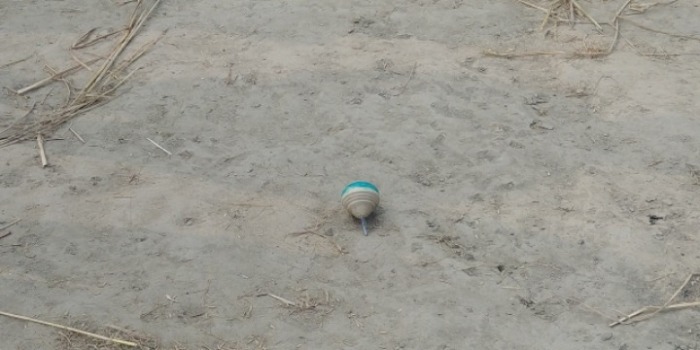 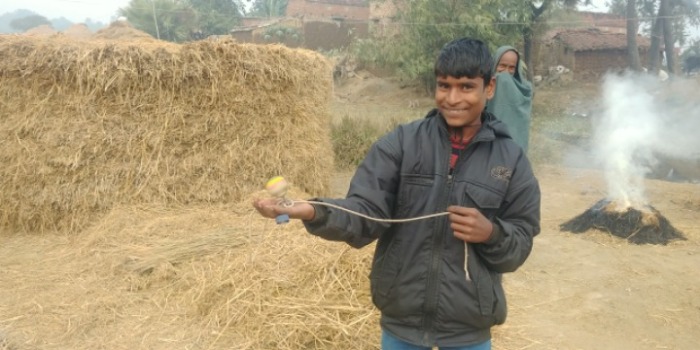 Boys were playing with top. 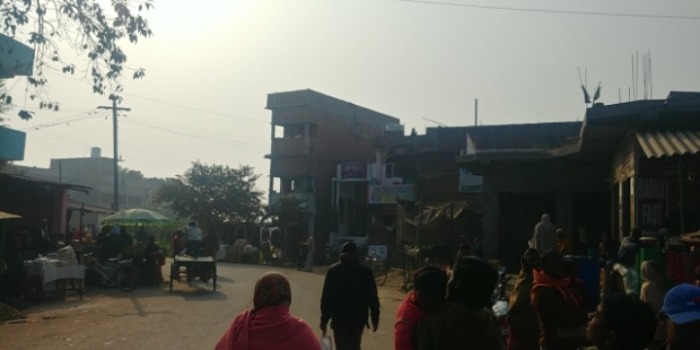 After a while, I entered a quiet village. 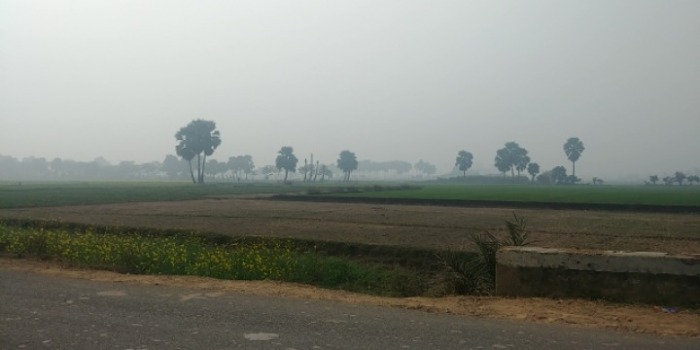 I was walking alone.
Four youths riding bicycle came to me and begged for money.
For the past several days, I saw begging children in Vihar region where there were many foreign tourists.
However, I thought that individual almsgiving is not good.
And I have practiced no-almsgiving so far.
The tourists have done wrong-doing as far as almsgiving is concerned, and even adults are begging for money.
Wrong-doings have been repeated and became customary.

Anyway, I felt danger at that moment.
Since I was alone in quiet village road, the youths may change to robbers.
They are young and fearless.
All of a sudden, physical collision may take place.
I stopped walking and kept a distance from the youths.
At that time, I found a ricksha going opposite to my course.
I got on the ricksha. I decided to ride a bus detouring the village.

It was a dangerous moment for the first time. 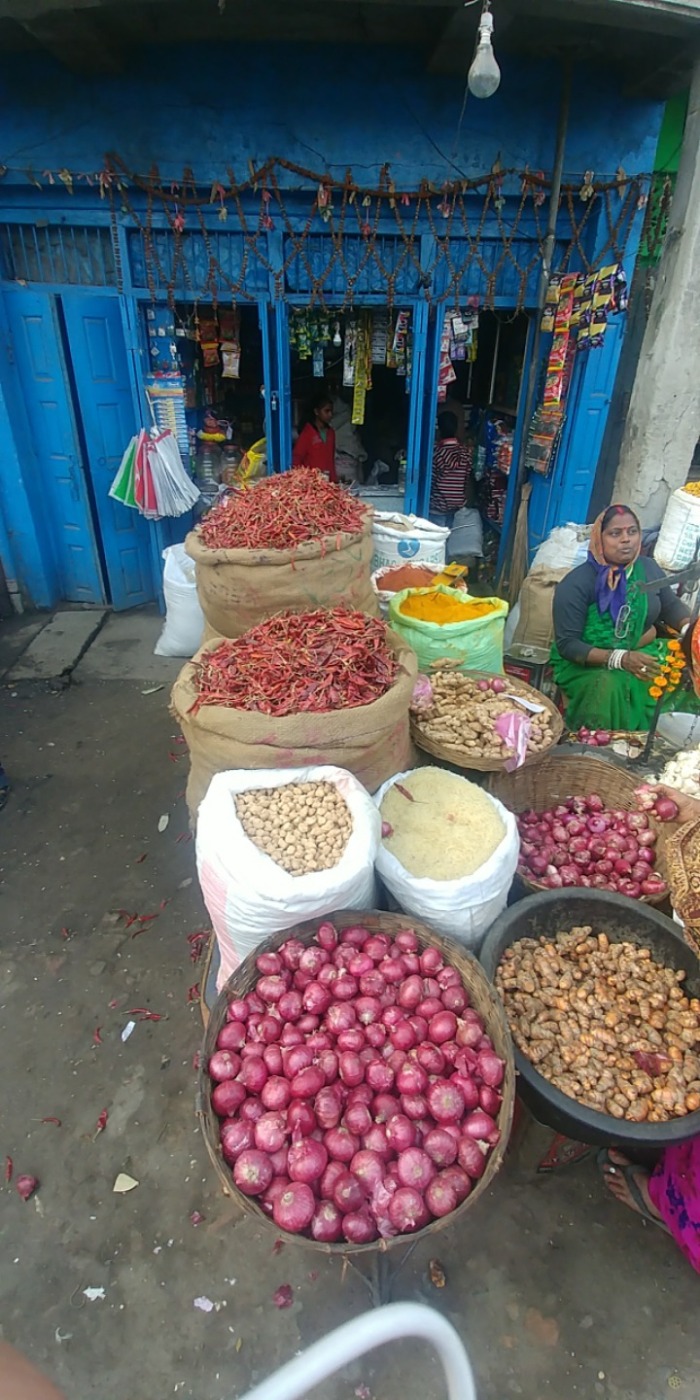 I had to transfer detouring bus several times.
This is the appearance of market in the village where the bus stops. 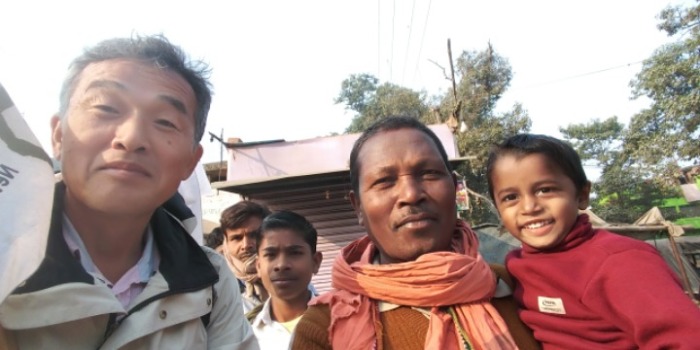 I met people in the market place. 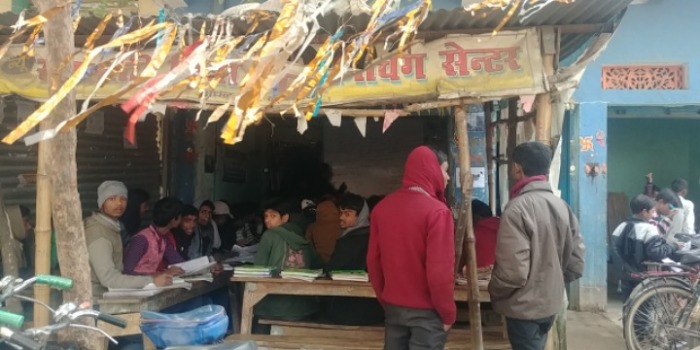 Private tutoring. The teacher is working hard.
There was no door in the institution. Passers-by could look into the inside. 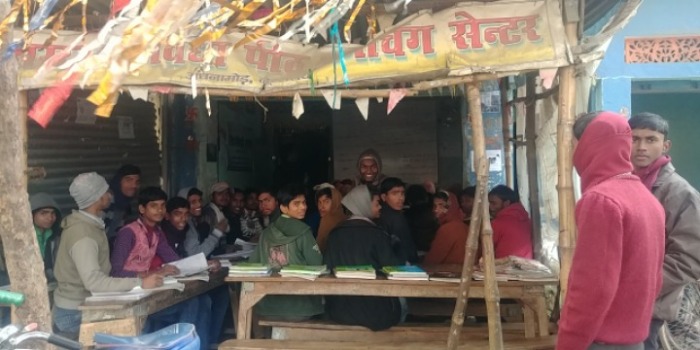 I was about to take a picture. Then, students noticed a foreigner and whispered.
The teaching session was interrupted by myself. Sorry! 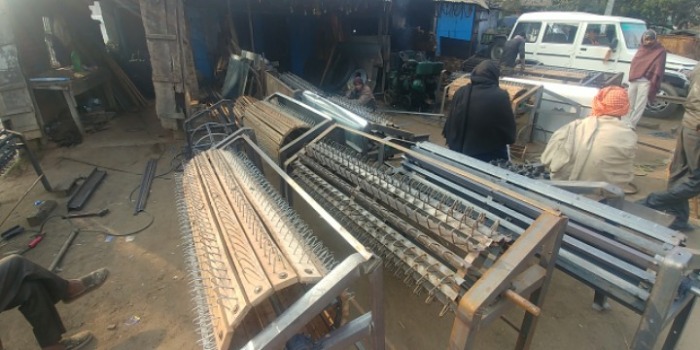 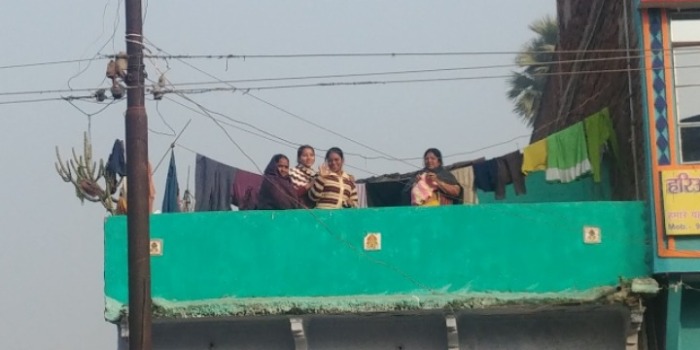 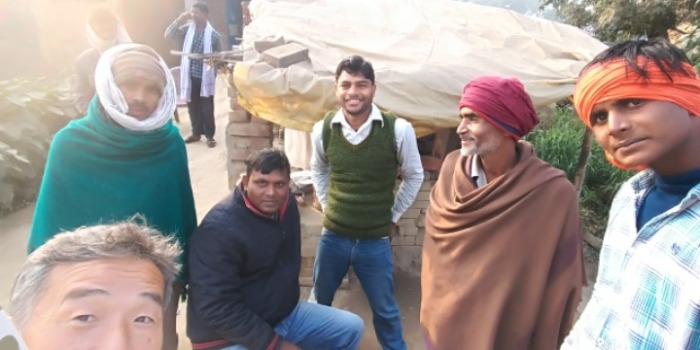 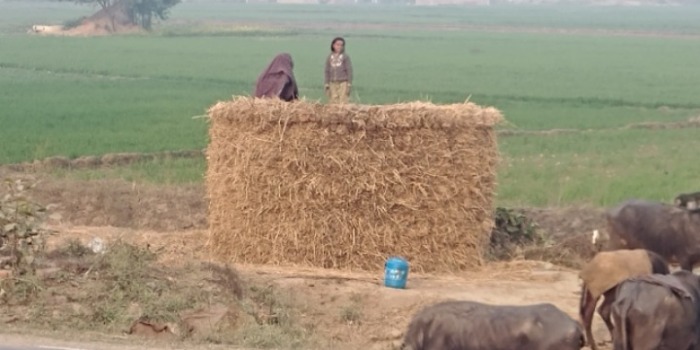 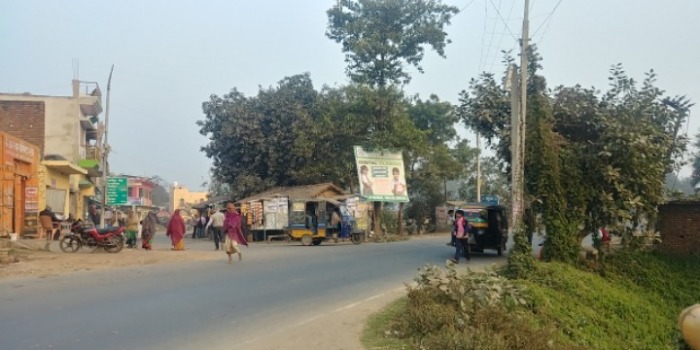 This is the place where I ended today’s long course. 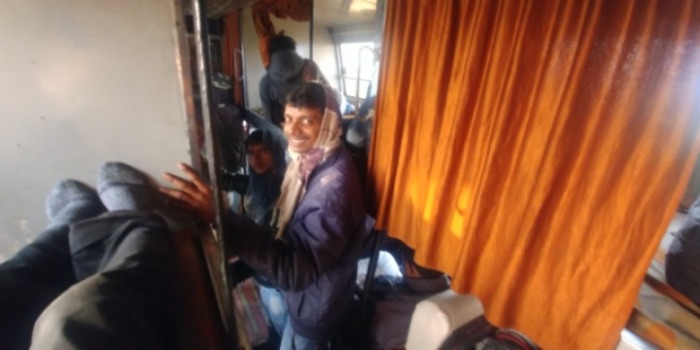 I rode on a bus going back to shelter in Patna.
Amazingly, the bus had two stories in narrow space. 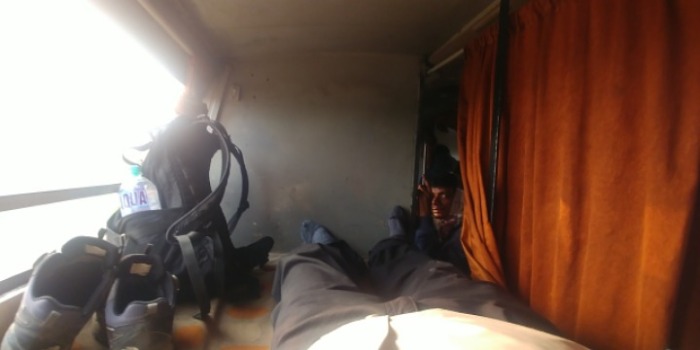 The conductor guided me to upstairs. This is my sleeping-seat in upstairs.