1. Cover photo is distribution of annual rainfall in Greece. 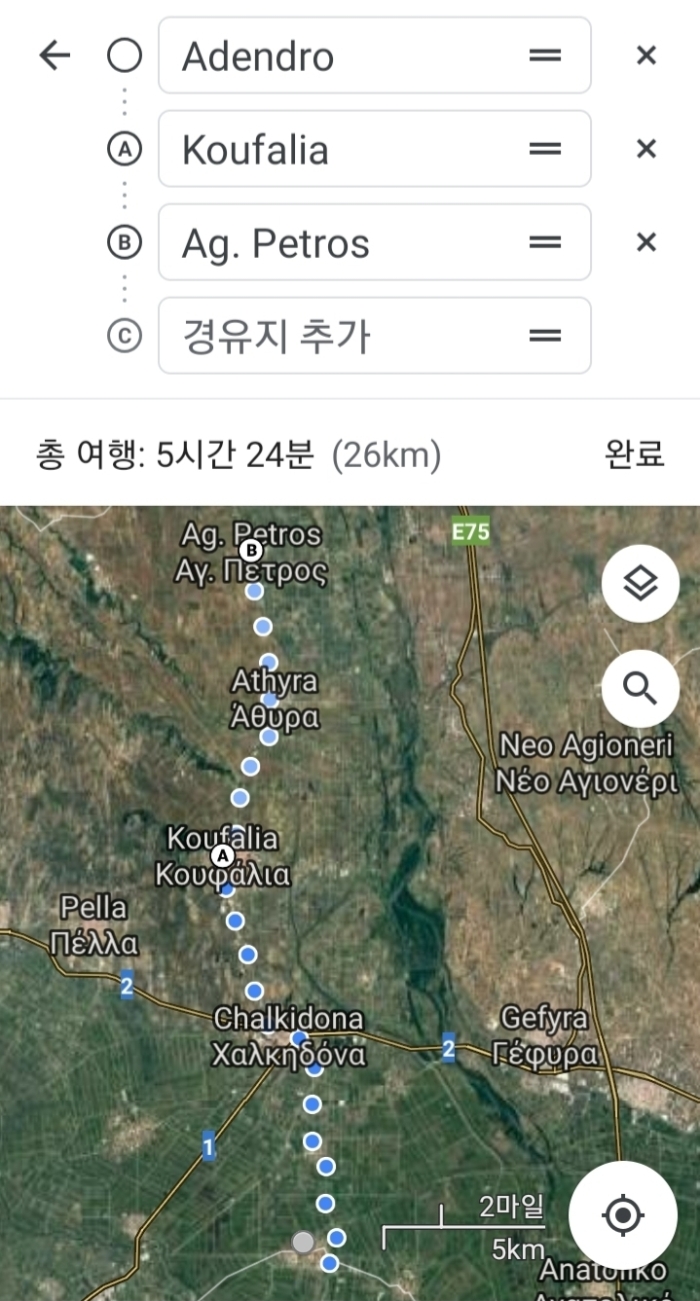 3. I met this passenger who showed curiosity on my way to Adendro station, today’s starting point. This ladly understood the whole picture of my pilgrimage in one moment, and was delighted.

5. Raind started from night and continued the whole day. This is normal weather in this season. 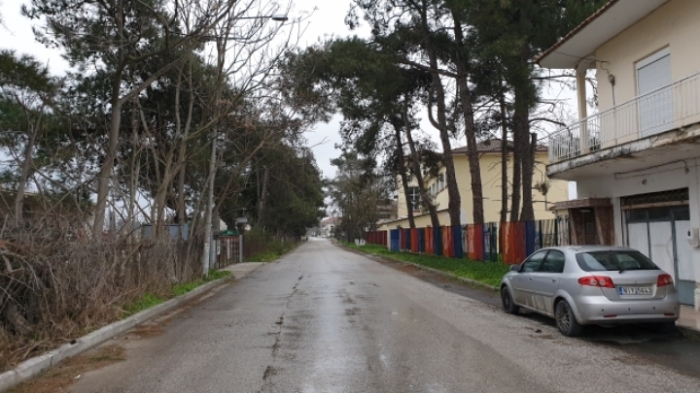 6. I took out raincoat and started to walk. 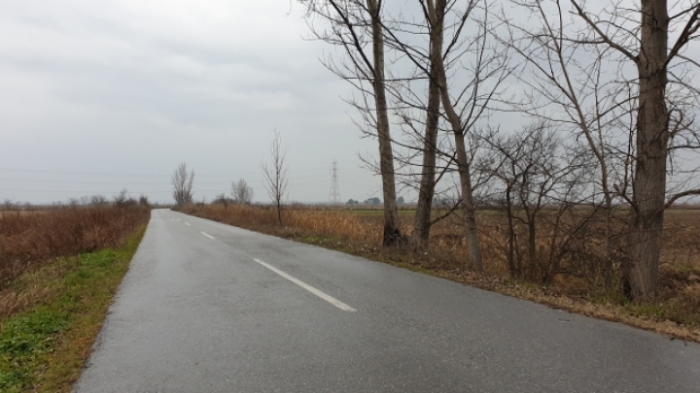 7. I am walking this kind of road today.

8. I see irrigation channel after a long while.

10. I looked up distribution of annual rainfall in Greece. The yellow-colored region indicates clear weather. This region is located on border-line. 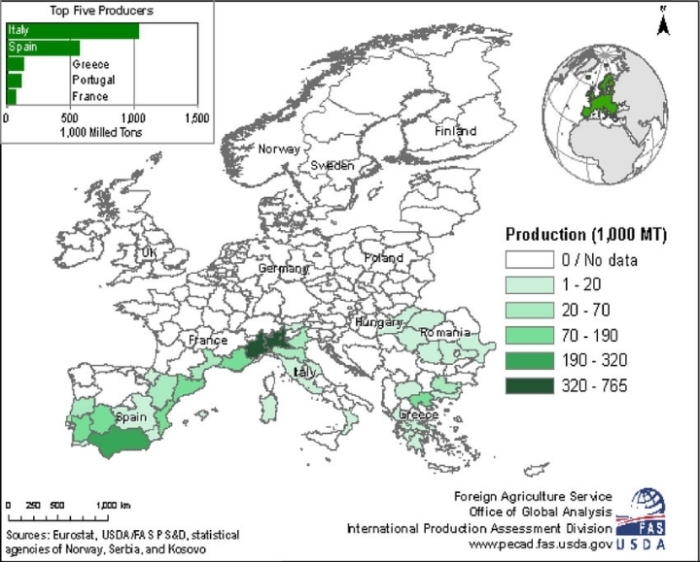 11. With one more step, I looked up the rice region in statistics map of Europe.

12. I see traces of rice cultivation in this village. 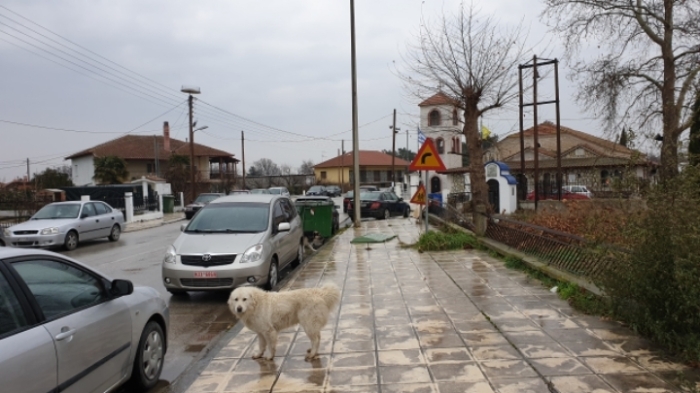 14. These dogs come and welcome me, instead of barking toward stranger.

This case is very rare.

15. Remains of Christmas performance are seen in the square. 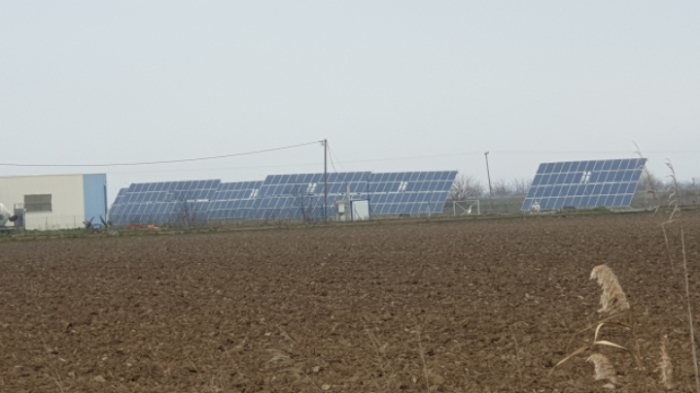 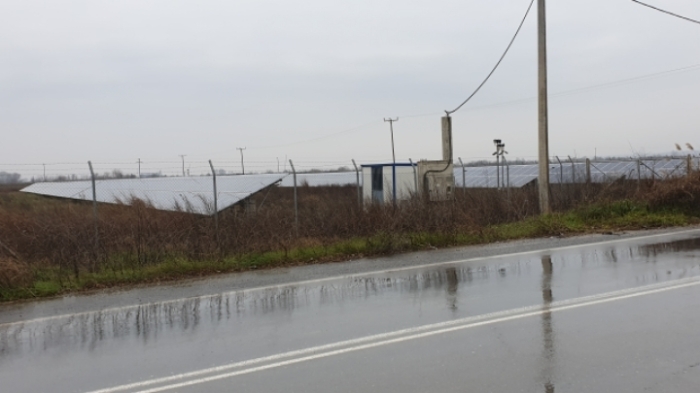 18. The agriculture in this reigon is wheat-type which does not fill water in field. I have not seen the field which contains water, even a small pond in Greece. Water either infiltrates into the ground or flows into the stream. 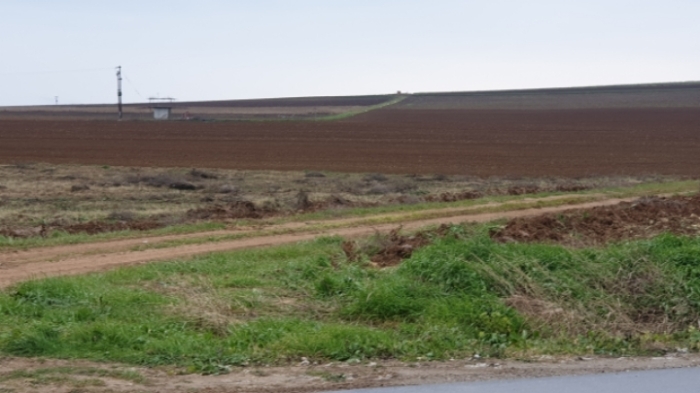 19. Before the humans start agriculture and pasturage, the earth was covered with grass and trees. The surface layer of the earth contained water in stable condition. With human intervention, the slope area like this picture was cultivated. Then the capability of containing water in soil has been reduced and influenced the amount of rainfall in turn.

20. Afterwards the agriculture which uses groundwater took place. Long accumulation of salt in the soil reduced the water-holding capability of soil. The method of agriculture encouraged desertification, I guess.

21. I searched rainfall distribution of the whole earth. Though the deviation was very big, it gave me many implications about agriculture.

22. I was curious about the rainfall in Australia which had severe damage from drought. I heard from an agriculture expert that Korean researchers tried rice cultivation in desert. The rice cultivation recycles water and contain water in soil, which helps local climate.

23, At a restaurant, I met these villagers who welcomed me. They are mostly old people.

26. This old man who was fluent in English treated me with hospitality. A selfie with him. 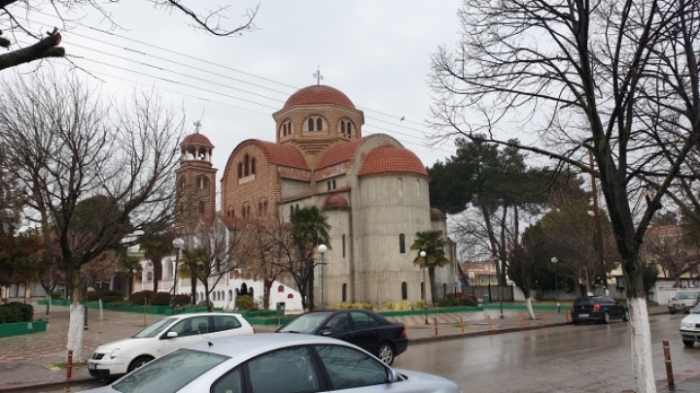 29. There was a happening in the village of my destination. The bus service going to Thessaloniki was over. I met a priest of Orthodox Church near the station, who relieved my worry and stopped a car passing by. He told me that if I go 10 km by this car there is a bus stop at large village. Thers is bus that I can ride on. I missed taking a selfie with the priest. The driver of the car was a faithful believer of Orthodox Chruch. I took a selfie with the driver when I depart.