I decided to visit Arirang Sananorium in another Korean village near Tashkent.

I asked Korean embassy and found out that Arirang Sanatorium is located in Ahmad Yassaviy village, 24 km away from Tashkent.

1. Arirang Sanatorium is located in this village. 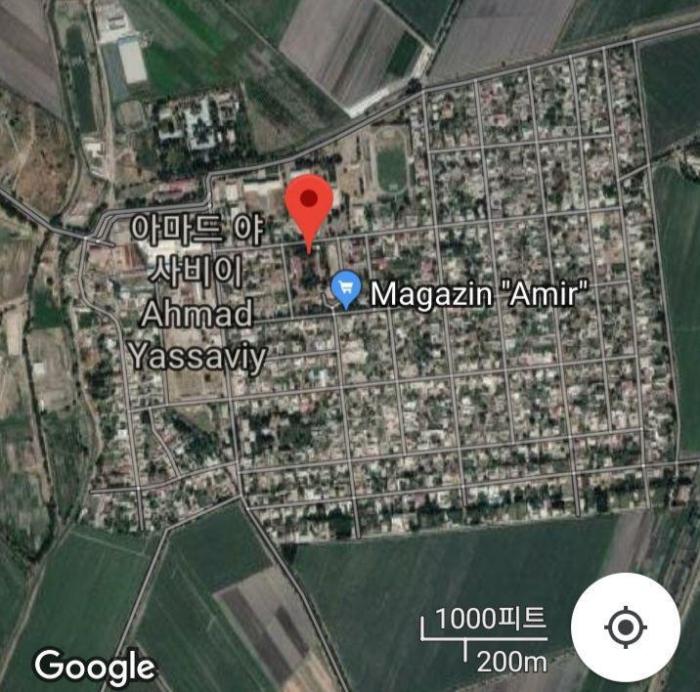 2. Ahmad Yassaviy: The village of Arirang Sanatorium was designed and constructed by Koreans in the past.

3. Our shelter in Tashkent is an apartment. I paid 260$ to rent for five-nights-six-days.

We cooked morning meal for ourselves, which was relatively abundant.

4. The weather was very hot today. We started to walk from our shelter.

6. The menu plate of an popular restaurant is shown.

7. The inside of railway museum is seen.

9. A vendor was selling hand-made drink which had a fig-like taste.

10. I touched water from spring cooler.

11. In hot weather, there were many street vendors selling drinks.

12. I took a picture of Prof. Lee and owner of vendor.

14. Because of hot weather, at the point of 1/3 of the scheduled distance we got on the bus.

After another ride on bus,

15. We got on taxi to go to Arirang Sanatorium. The wikipedia explains the history of Koreans’ immigration to Central Asia in detail at following address.

16. This part of wikipedia explains about forced immigration of Koreans. The documents of that hard time are full of survival stories which describe the hardships of Koreans who were cast into wilderness. The sad history of our nation is written vividly in this village. At present, there are about 500,000 Koreans in Central Asia, and 176,000 Koreans in Uzbekistan.

17. Arirang Sanatorium was built to protect single Koreans who were born before 1937.

18. Here we can see the documents and pictures of forced immigration of Koreans.

A related article is found at following address.

22. The requirement for admission of this sanatorium is restricted to the age, which is over 82.

In my opinion, however, the age restriction needs to be reconsidered because hardships were same for the old people and less old people. This sanatorium has symbolic importance for both Korean Government and Uzbekistan Government.

25. The facilities were very good.

33. We took a picture with the director of the sanatorium, Kim Na Young.

She came here as a volunteer for service 10 years ago, and now she is a director.

36. The landscape surrounding the sanatorium was well cared.

I wanted to talk with the villagers but I put it off for next visit.

Director Kim said, “There are people who have not visited this sanatorium, but there are not any people who have visited the sanatorium only once.” Listening to her saying, I would like to visit again with experts in the field of traditional agriculture to investigate Korean farming in Uzbekistan.

37. We got on village bus, Daewoo Damas, to go to Tashkent.

38. We visited a traditional market. It was a big market. T

40. I found plain kimchi at this market. They must sell kimchi because many Koreans buy kimchi.

I bought kimchi with pleasure. We ate rice and kimchi for supper.