Yesterday afternoon, I ate a cup of pomegranate juice somewhere. At that time, I felt ill at ease about the process of making juice. It was no wonder that I felt stomachache late at night. I was so worried that I called my friend in Korea who was a physician by kakao talk. He said it seems not to be an appendicitis but a virus infection of digestive system. He recommended to eat soft food.  I felt at ease after talking with him.

I took one day’s rest at Kushinagar. While I took rest I visited Daehansa, Korean temple under direct control of Chogyejong. 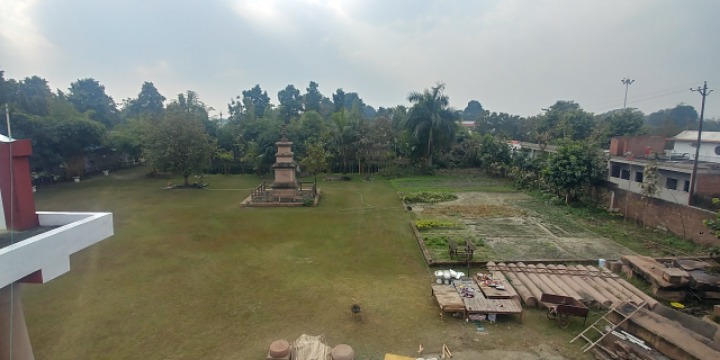 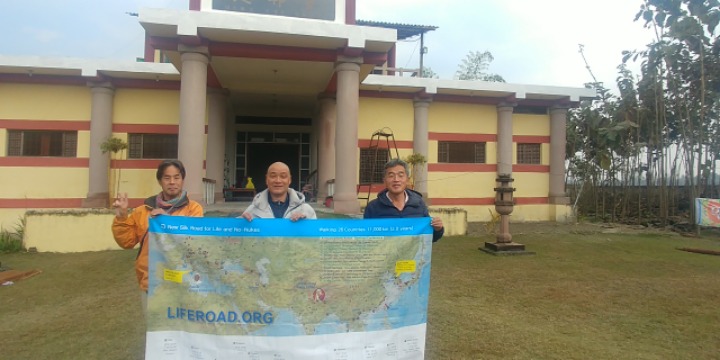 The monk has stayed here for 29 years and constructed the temple. He planted teak trees in beginning stage of temple construction. Woods are very rare material in India.  Now he can use the teak tree he planted for the construction of temple. He served us Korean food with kimchi which he made by himself. I enjoyed Korean food after a long while. When we depart, he gave me additional kimchi. Due to kimchi my stomachache was relieved after a few days. 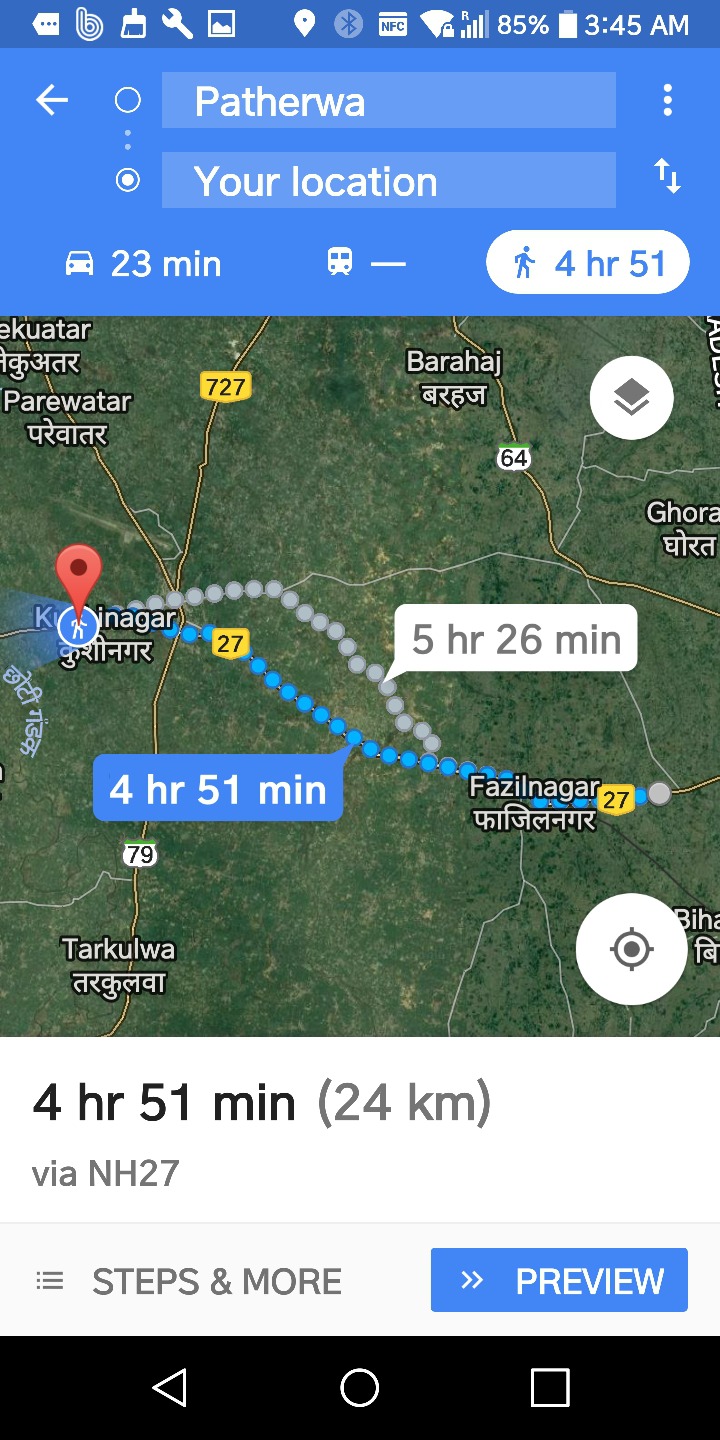 After recovering strength, I walked with Mr. Hara the last section leading to Kushinagar. 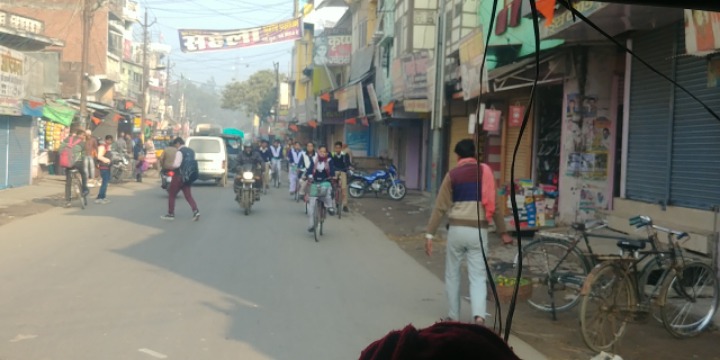 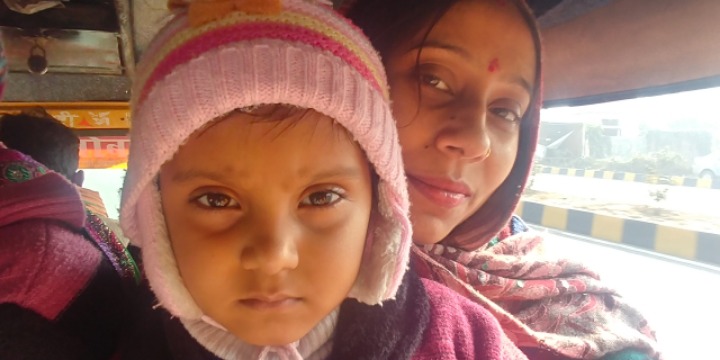 In the autorickshaw going to the starting point, I met a young girl.

She was very curious about us.  She watched us for 20 minutes continuously. 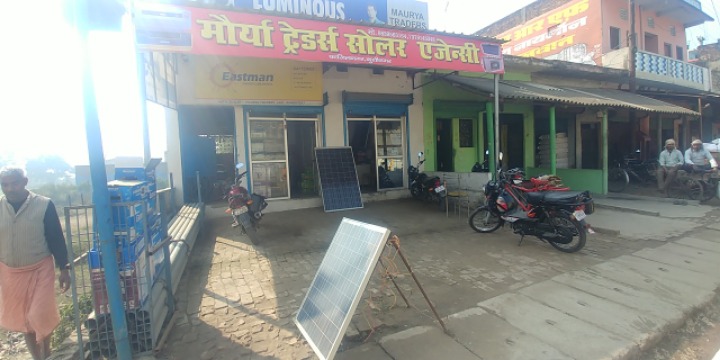 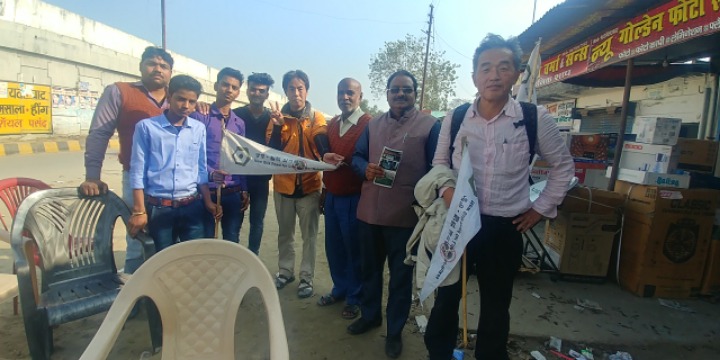 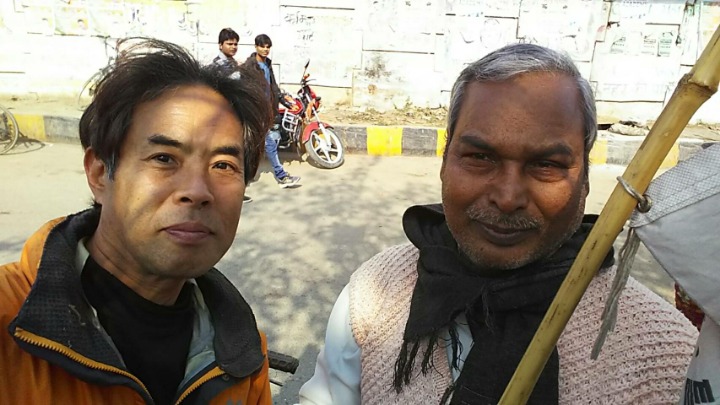 This man was curious about our pilgrimage.

He followed us by bicycle and asked many questions.

At last, he bought us two cups of chai. He had an extraordinary curiosity. 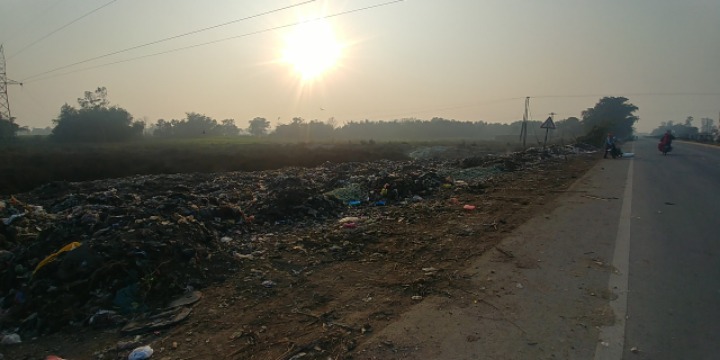 Wastes are piled up at the roadside not far away from Kushinagar.

Waste problem is troublesome at every village in India. 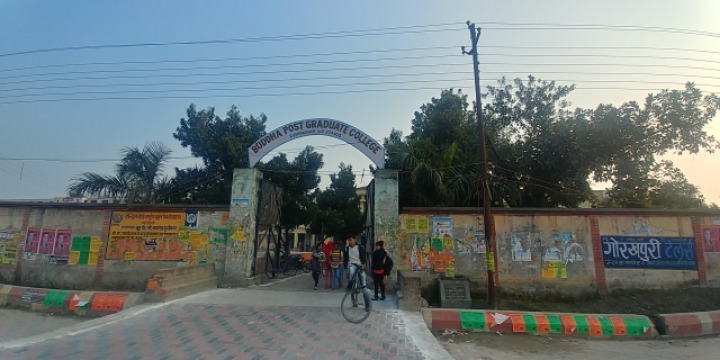 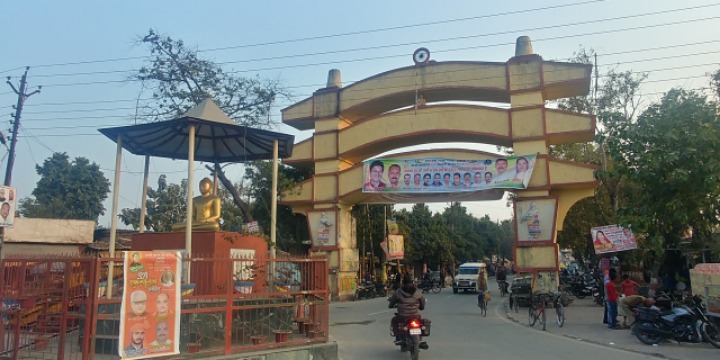 We arrived at the entrance of relics in Kushinagar where Buddha entered Nirvana.

I decided to visit tomorrow. 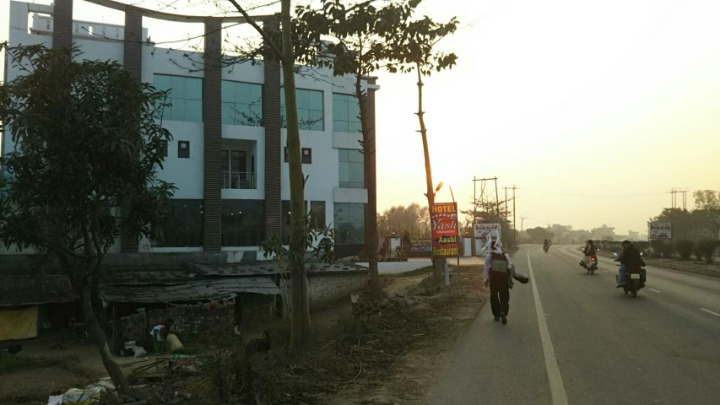 I almost arrived at lodging.