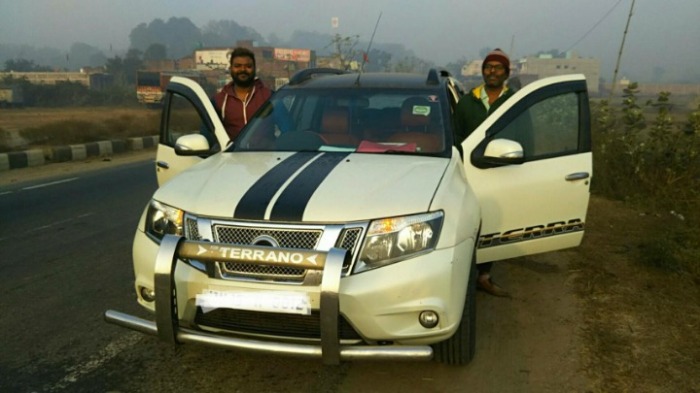 When I was about to go to the starting point by bus, luckily I got a ride. They stayed last night at the same hotel as we stayed. 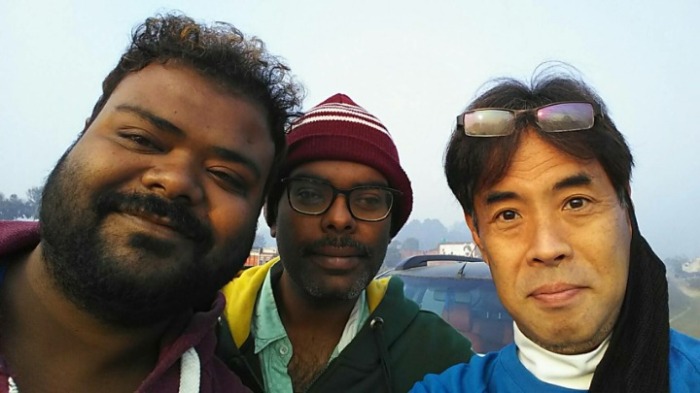 I took a picture with them when we say, “Bye!”

Mr. Hara made friends with villagers from early morning. 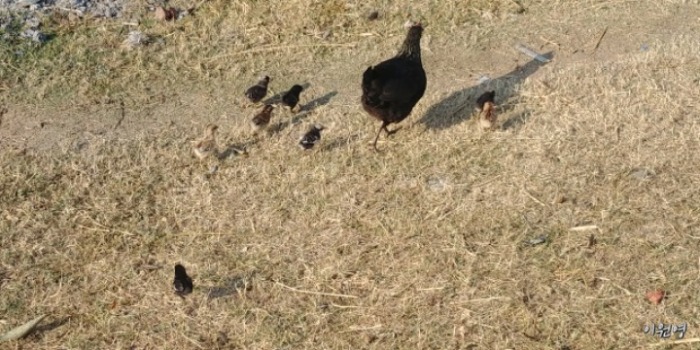 Chicks are following mother hen. To see this kind of natural scene is becoming very rare these days.
The chick and hen must grow together by nature. But, I feel gloomy whenever I think of chicks growing at factory-like hencoop.

Villagers are flocking to a communal well.

The countryside looks ample and warm after harvest.

I waved to the school girs vis-a-vis. 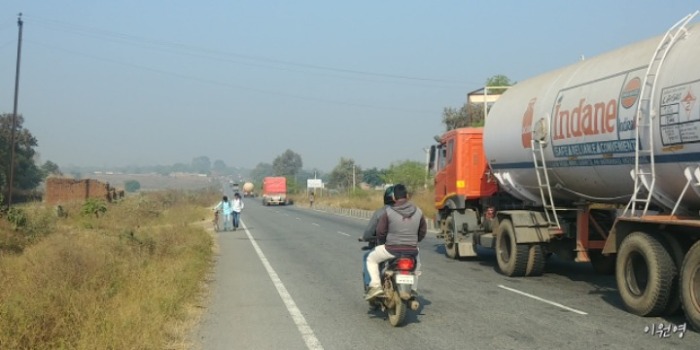 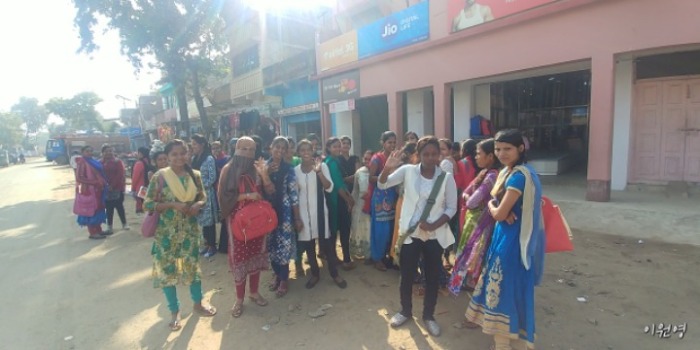 The crowd waiting at the bus station greeted me with smile. 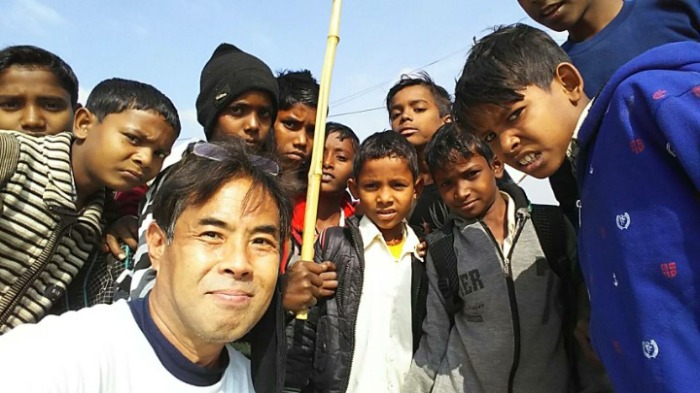 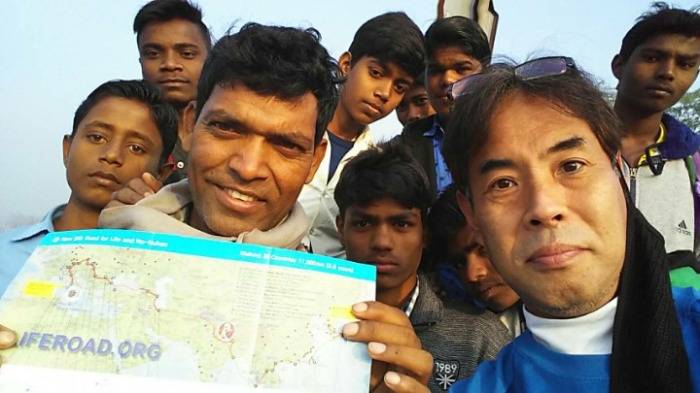 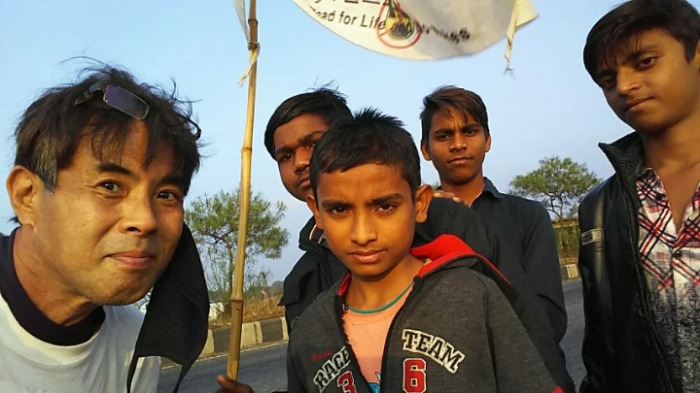 According to the original schedule, I was supposed to exchange money and withdraw some money at a village, Isli. However, the village was so small that the banks did not provide that kind of service.

Therefore, I decided to go for a round trip taking two hours by train to Gaya, the large city nearby. Gaya is a city where we will arrive 10 days later. But I went to Gaya not only for money-exchange but also to ask the hotel clerk to receive the parcel (leaflets and shoes) coming from Korea.

We sat at second-class seat. The women sitting at opposite upstairs showed curiosity.
I was invited to take self-camera picture by the women, respectively.

A naive girl sitting next to me approached me. 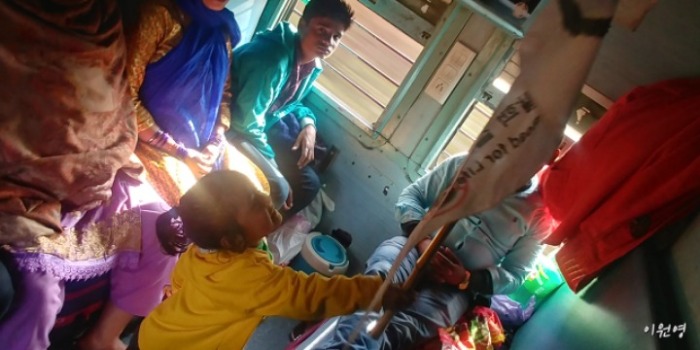 She held our banner and went around the aisle.

We arrived at the hotel very late at night.