To find a hotel is getting more and more difficult.
In India, the name ‘hotel’ sometimes means only a restaurant.
So, I have to check in detail whether ‘hotel’ has rooms for lodging.

Mr. Hara decided to take rest today in order to care for this condition. 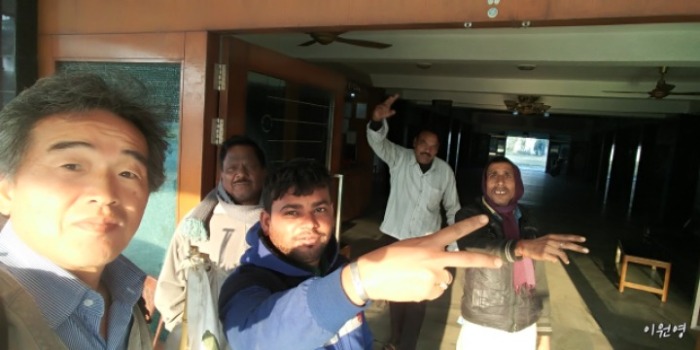 When I started to walk, I took a picture with the workers of the hotel. 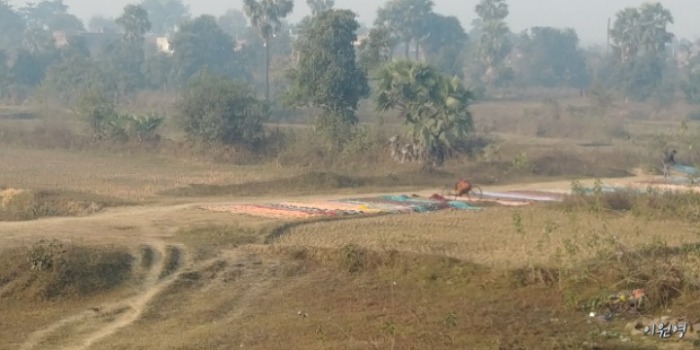 The length of today’s course is 29 km.
However it was straight road along national road no. 19 which has four lanes.
Today’s course was relatively easy to walk.

At a street stall, I ate a cup of chai and rested. 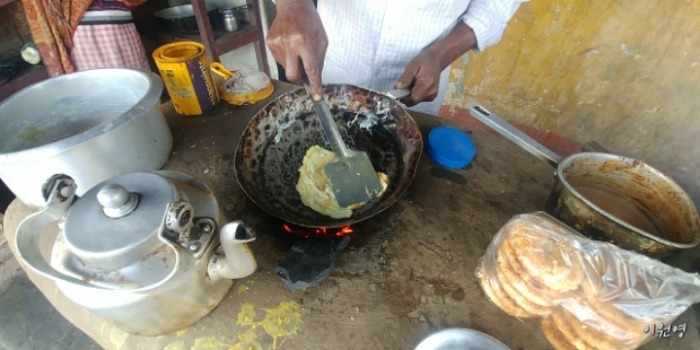 Just in time. I could buy bread. After eating bread, I pointed the egg and asked, “May I eat this egg?”
He said, “No. I am boiling chai. I have no time for egg fry.”

I am a man of tenacity. I waited for a while. I waited for the moment when the owner was not busy.
And I pointed the fry pan and said, “Egg fry!”
The owner smiled and began to make egg fry.

Shabby table is proper for an impromptu egg-fry.

I checked the clothes and knapsack and started to walk.
This picture shows the makeshift car center. 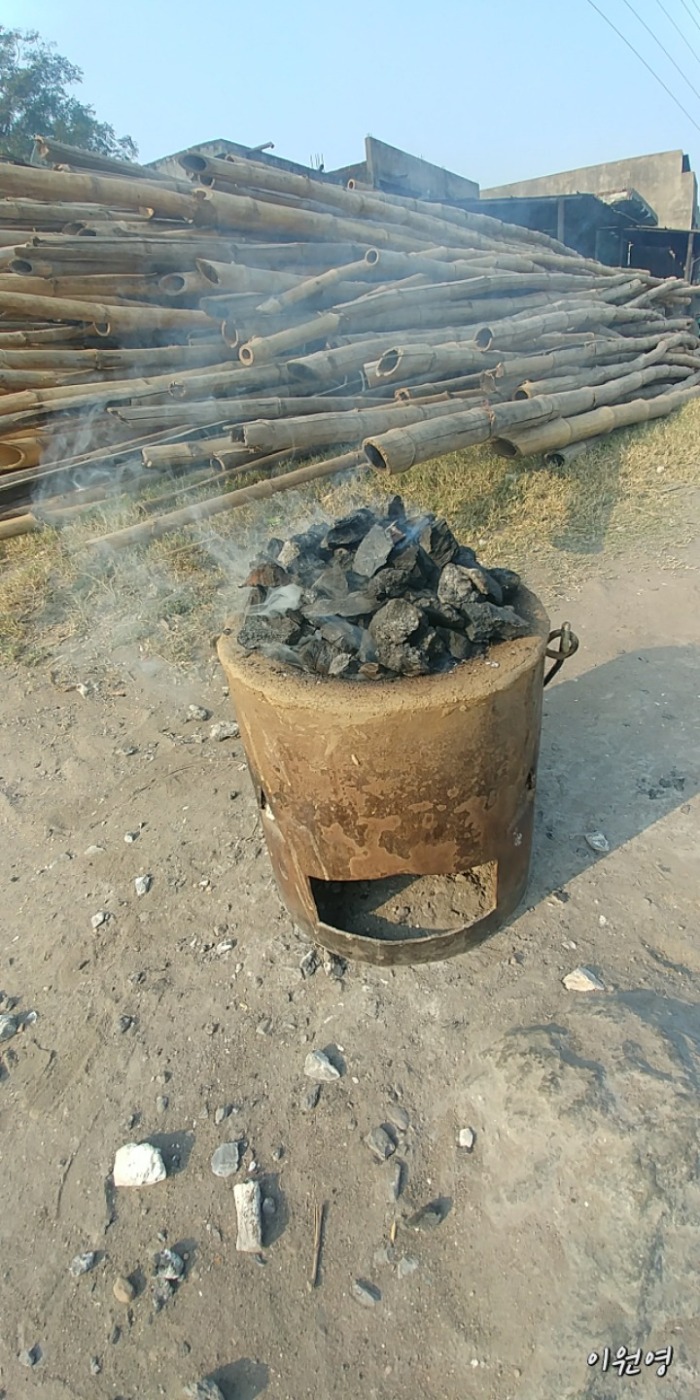 People break raw-coal into pieces and use them for cooking.
This picture shows how they burn coal.
Many Indians use natural gas for cooking. However, the portion of coal is relatively large.

Children are shouting everytime they hear the pilgrimage. 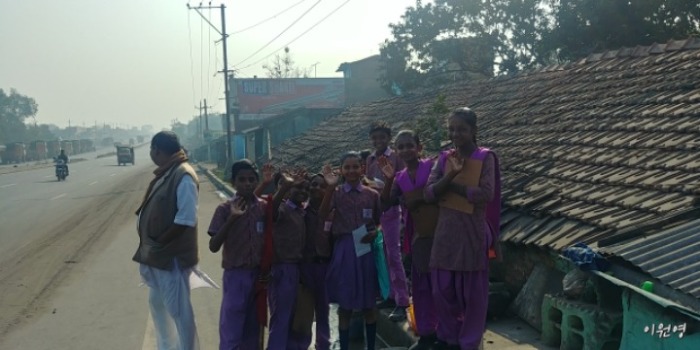 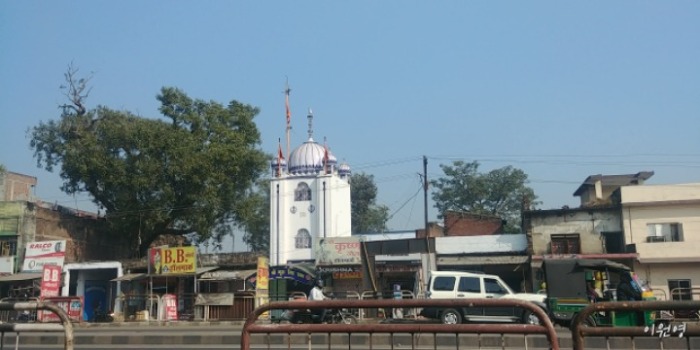 Sometimes I can find an Islam temple.

The Muslims welcome me.

A black smoke is coming out of a factory chimney. 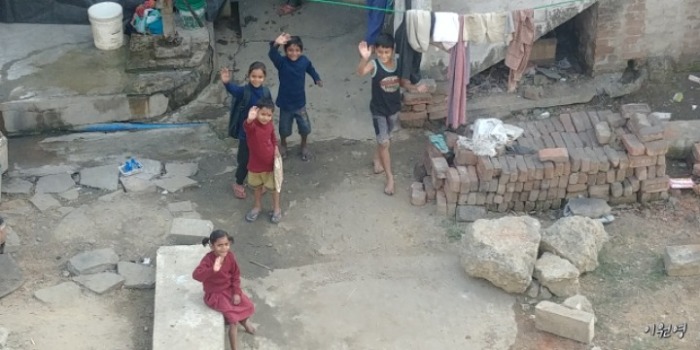 Children in the lower ground are waving to the pilgrim walking on the upper road. 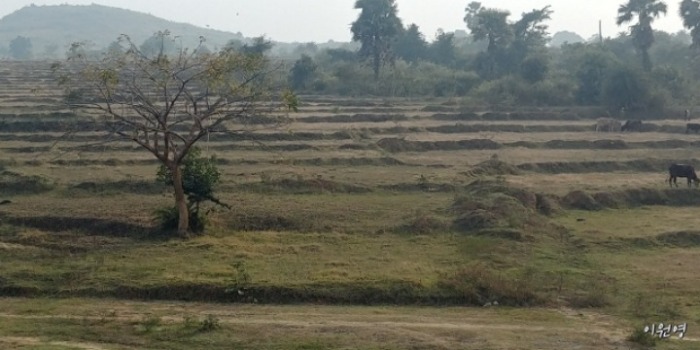 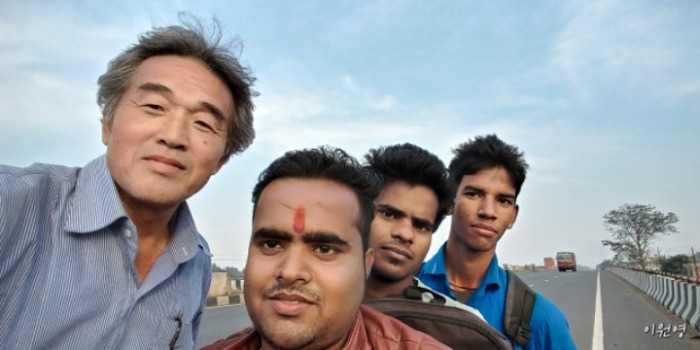 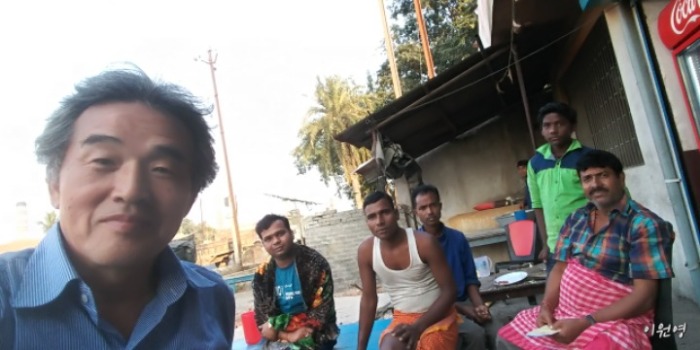 As usual, today I met lots of people living in Earth village. 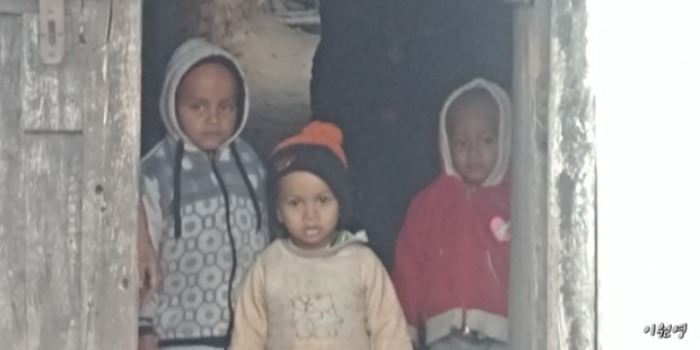 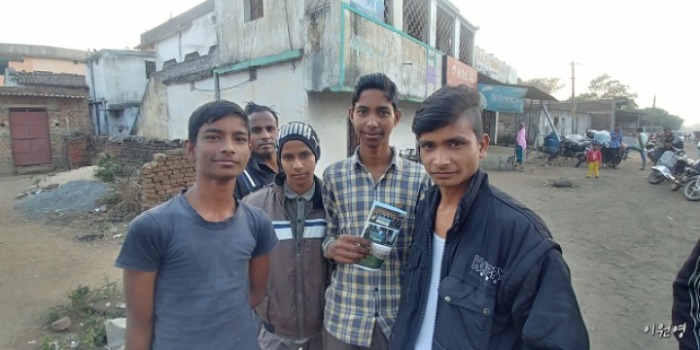 It was a long course. But I was not bored because of these people.

Now I became accustomed to walking alone. I am not tired of walking.
The weather which became a little bit cool helps my pilgrimage. 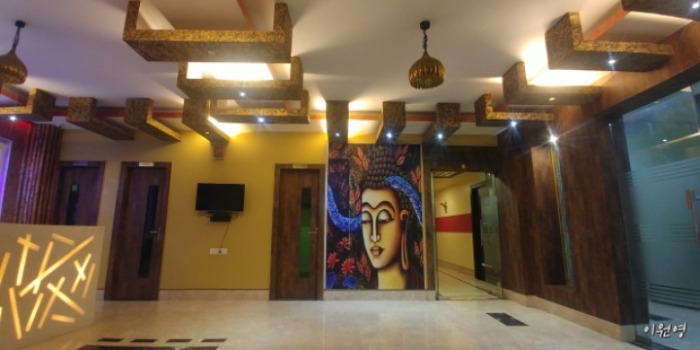 Finally I arrived at the hotel which was good for wi-fi.
I am going to do some computer work which was delayed.