Because I have walked for six days, I was supposed to take rest for one day.

However, I wasted one day before. Therefore I decided to walk today to make up the schedule.

Mr. Hara carried the baggages to the hotel in front of our course.

Today, I walked along the old national road which had two lanes.

The boundary of the road was not even. 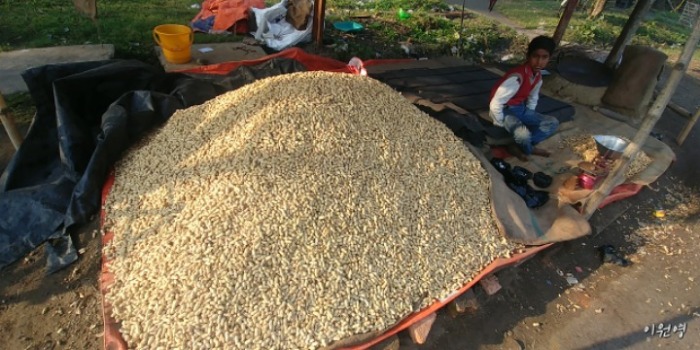 These are roasted peanuts for sale.

Indians use both Hindu and English as official language.

I expected both English and Hindu explanation of a statue. But it was written only in Hindu.

A group of motorcyclists waved to me.

Sometimes, I walk such a nice road as this picture. 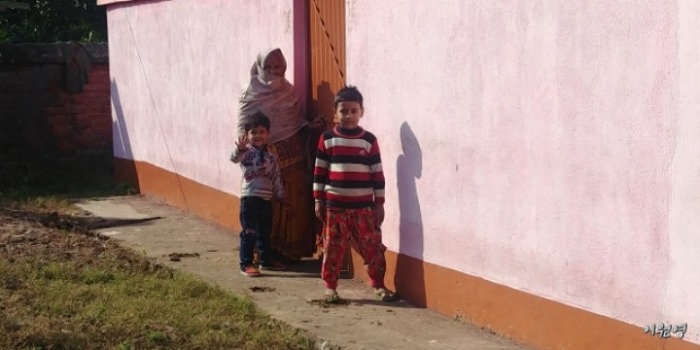 A child waved back to me when I waved.

The title of the school was fascinating. 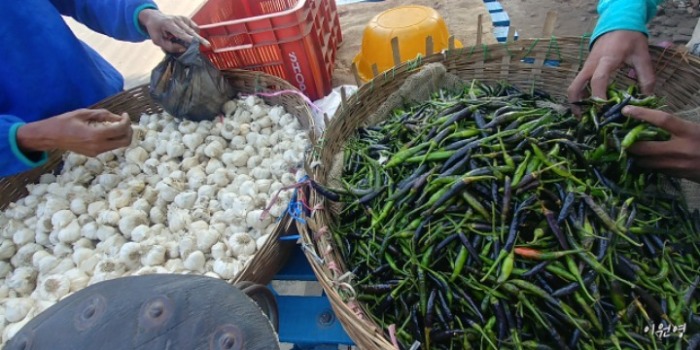 In India, garlic and pepper are very common.

I enjoy garlic and pepper which help my strength and energy. 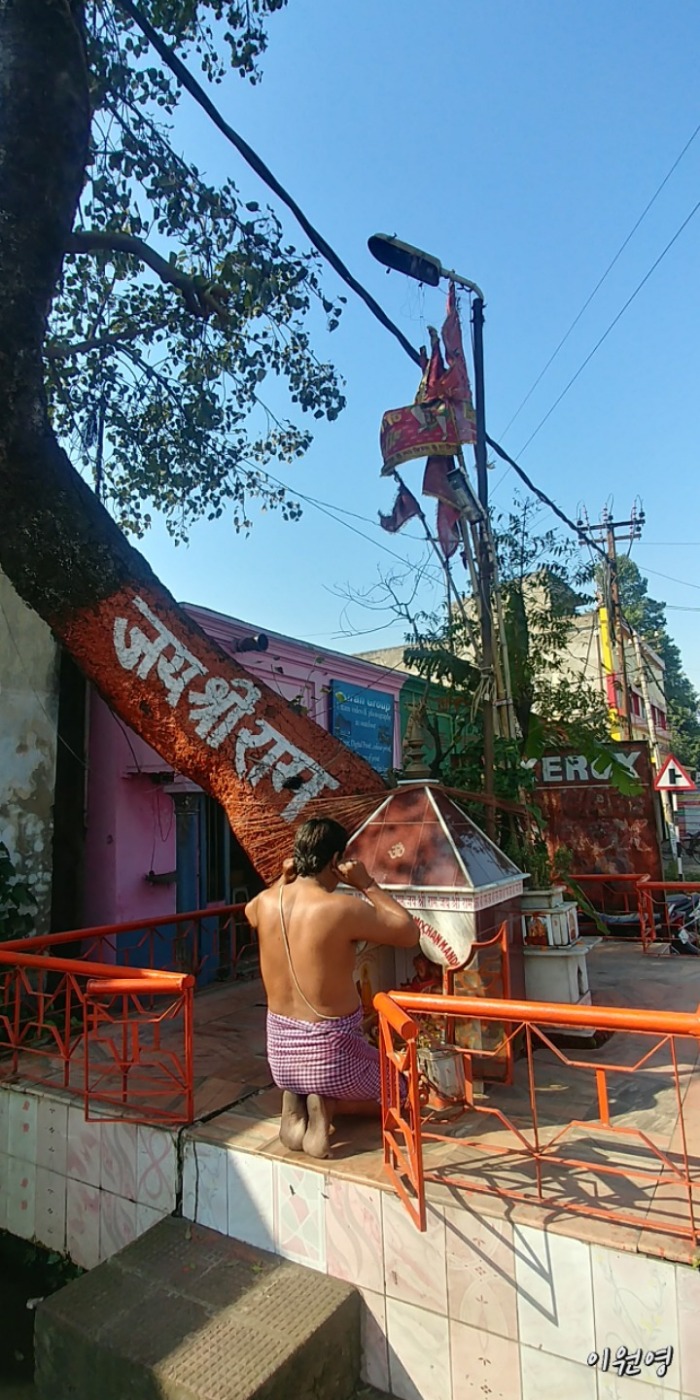 The appearance of inside of Hindu temple.

While I take a brief rest, I meet many people. 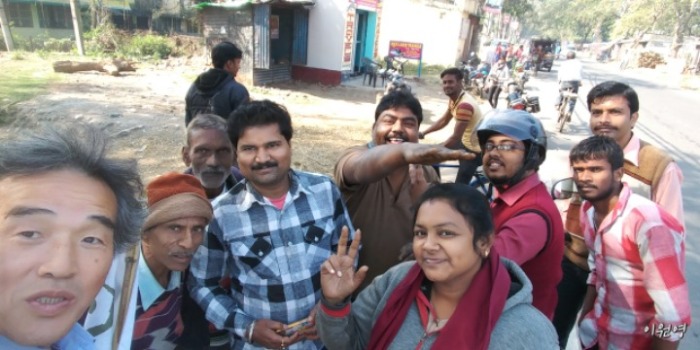 While I walk, somebody riding a bicycle or a motorcycle approaches me.

Then I stop and pull out the leaflet. I show the map and explain about the pilgrimage.

Then people flock to me. They are surprised to hear my explanation. And I took a picture by self-camera.

An advertisement selling the land. 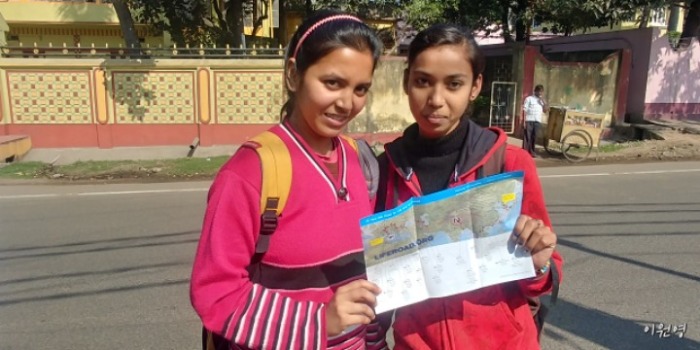 I happened to meet these girl-students. 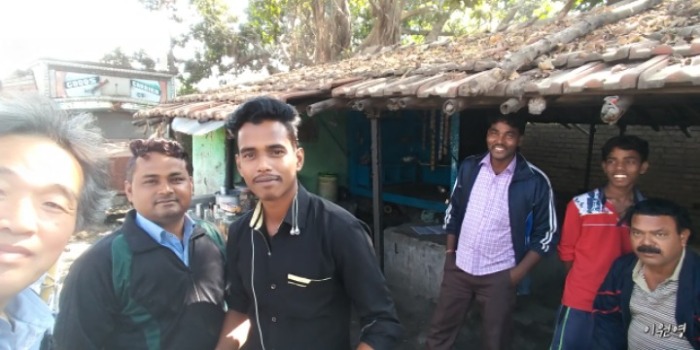 The old men in the village called me and I talked with them. 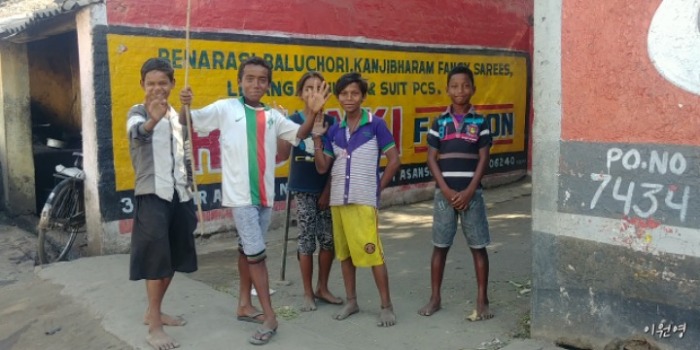 I decided to lessen the self-camera pictures.

Rather, I would take the natural appearances of local people.

This man followed me. He said, “I would like to treat you a cup of tea.”

He led me to a shop where he bought me a cup of chai.

I took this picture of second cup of chai. 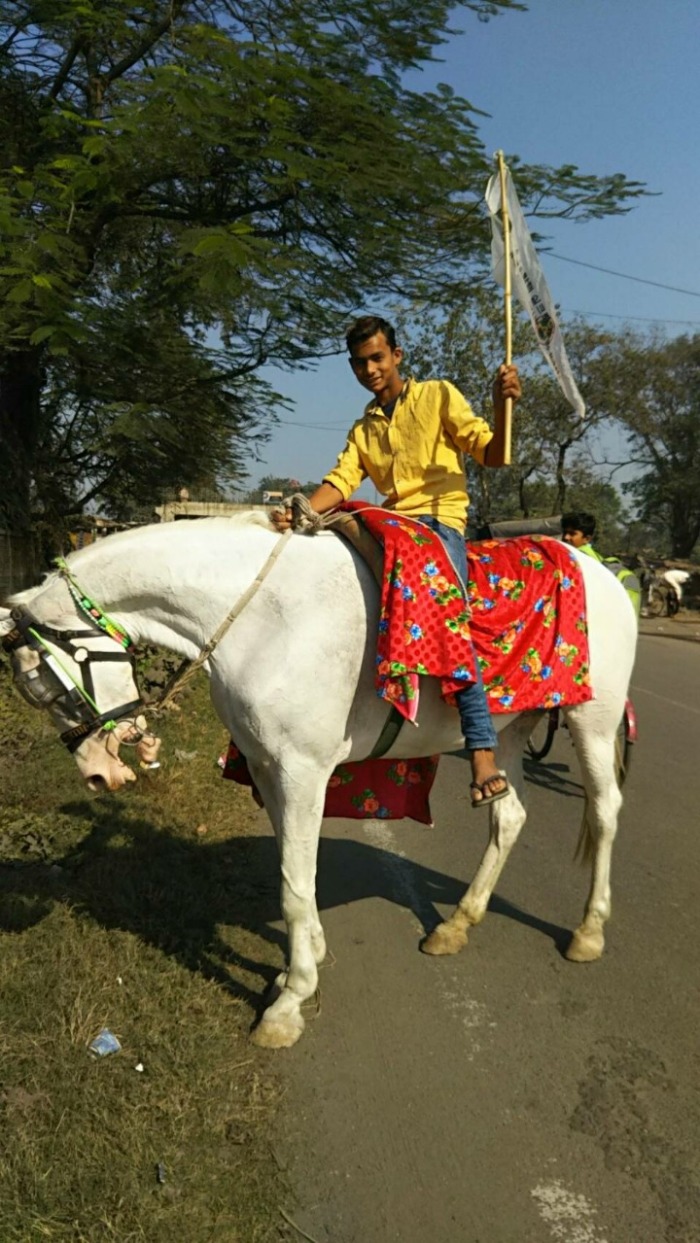 Mr. Hara publicized our pilgrimage to a man who rides a horse.

He asked the horse man to hold the banner of pilgrimage.

His pose was wonderful.

Today I was busy with exchanging kakao talk messages with so many people in Korea.

I missed the place where I was supposed to meet Mr. Hara. I felt sorry for Mr. Hara.

He made many friends by himself as usual. 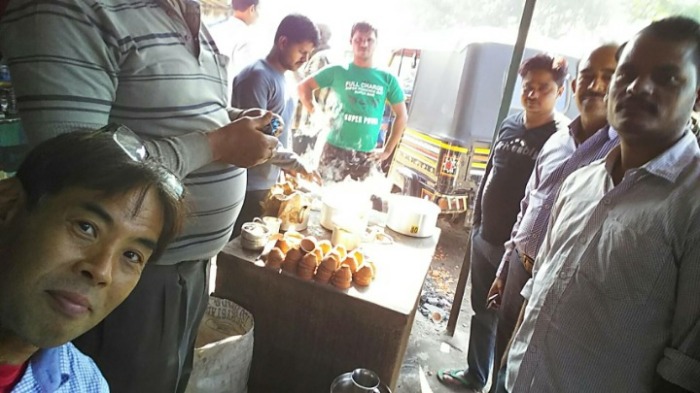 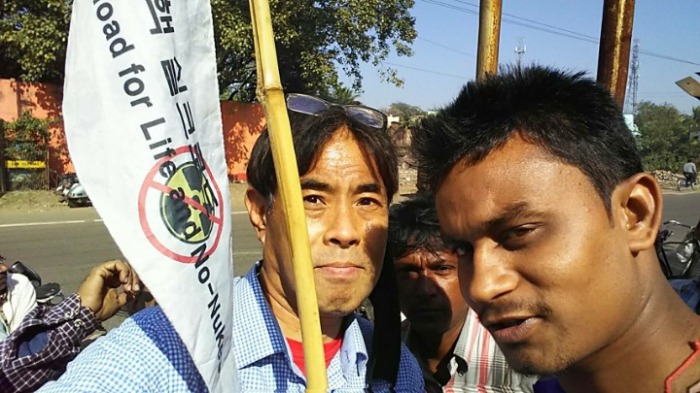 I passed a bridge which crossed a relatively large river.

A soccer field on the terrace land of a river.

I saw a rive with sands after a long time.

Sands are cleaning water by self-purification.

Ex-President Myong Bak Lee removed sands from the rivers, which turned out to be catastrophic.

A lot of people enjoy the river and sands.

A ricksha carries a family of three people. 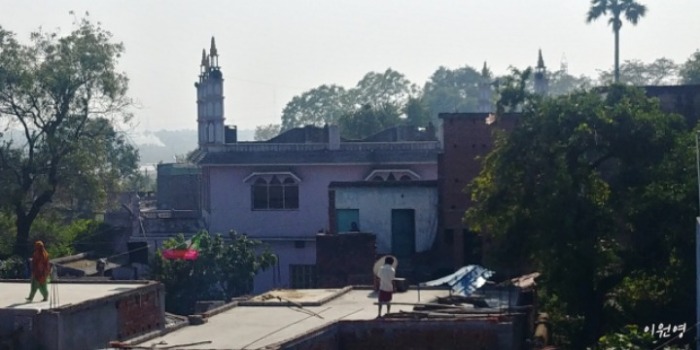 I arrived at the hotel earlier than schedule.