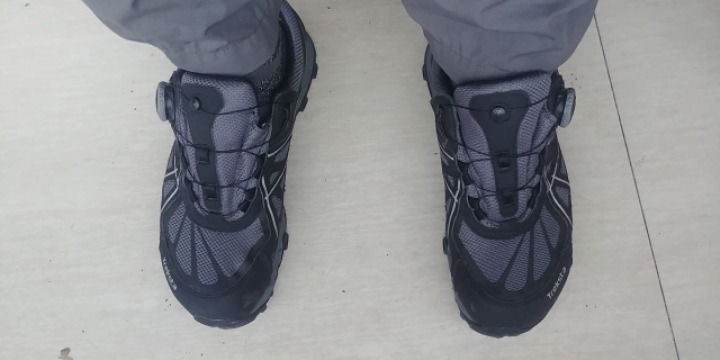 I received new sneakers and English leaflets from Seoul.  It took more than one month for the parcel to come. In Japan and Thailand, the parcel was delivered within one week. But in India, the post system was very slow. Because of the slow delivery, the destination of the parcel was changed three times.

The sneaker in the picture above is a product of Trekstar which I like. This sneaker was designed so minutely that burden on feet is minimized.  However, it gives some burden on legs. The product of Northface which I used in India so far was good at balancing the legs, and it’s durability was very good. But it gave me some feeling of dullness on sole.

I think it would be better to use both products alternatively. 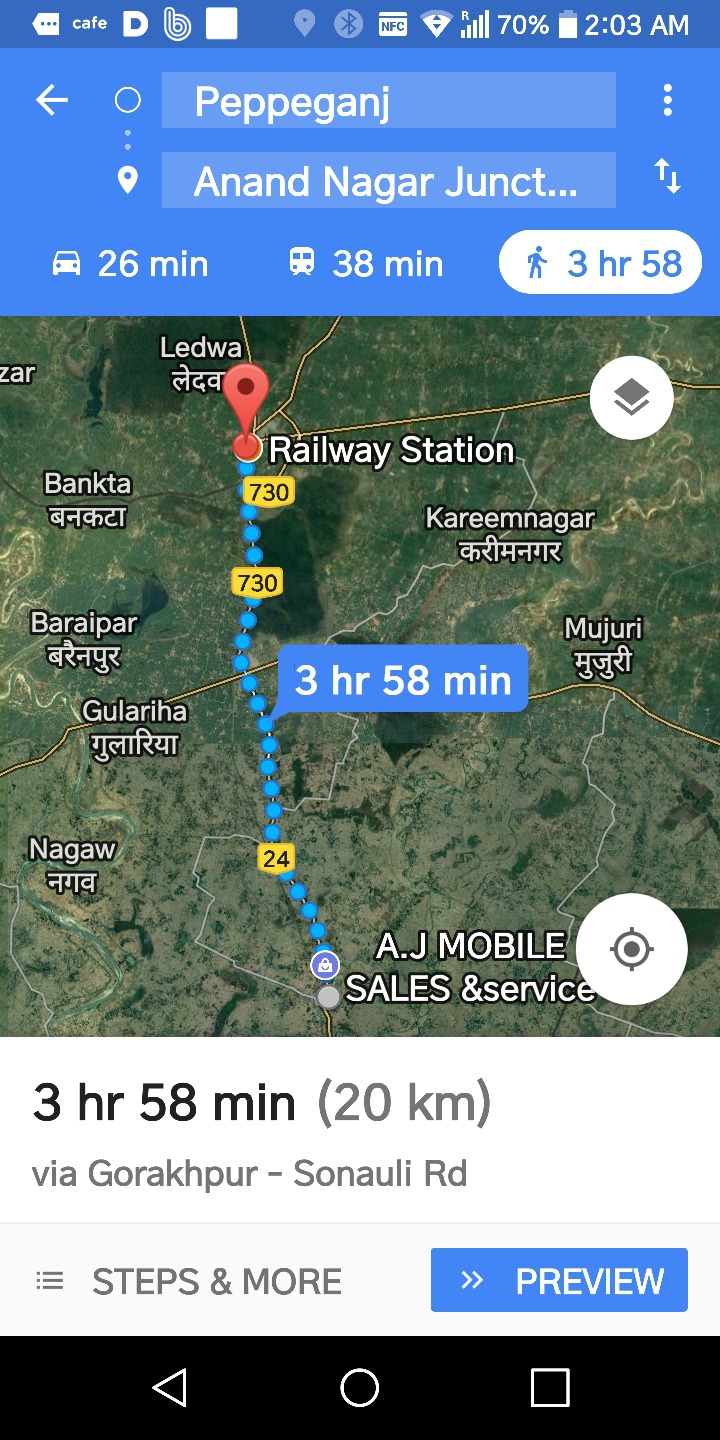 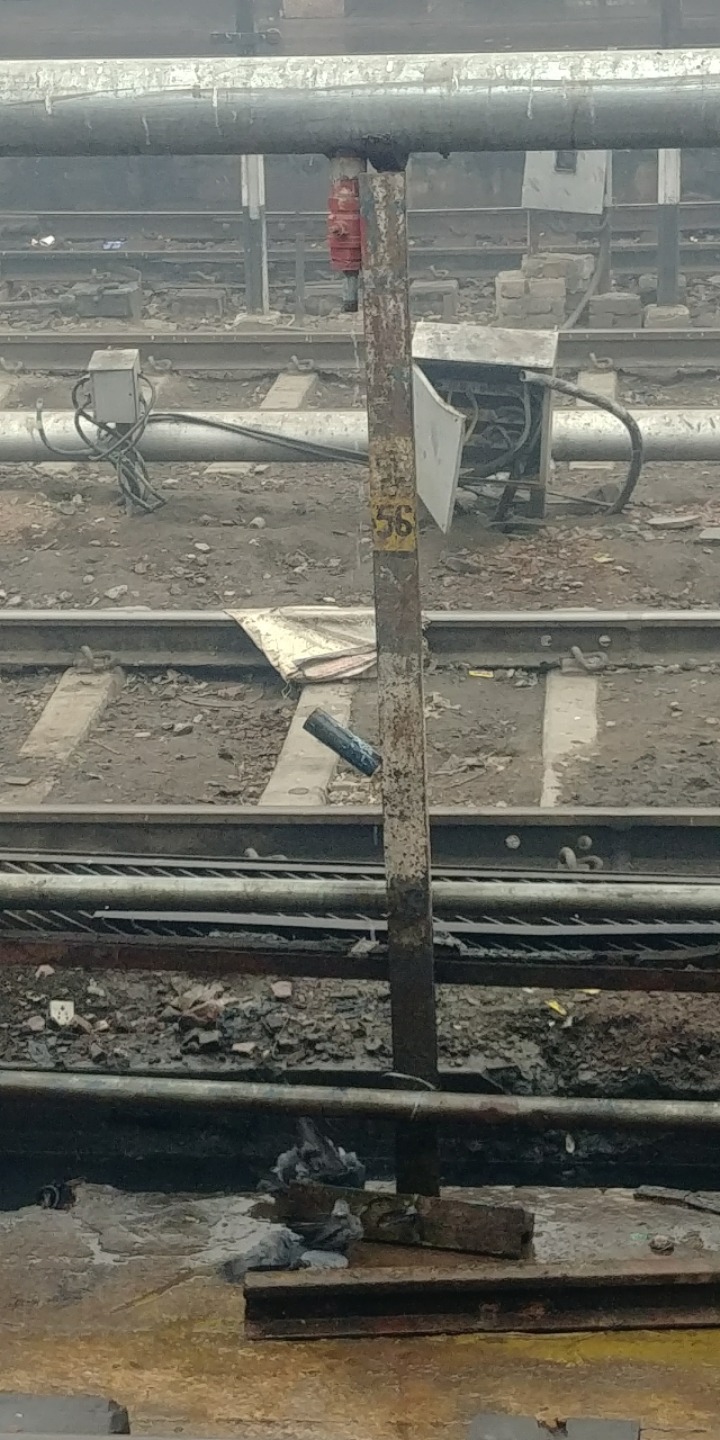 When I was sitting at platform of the railway station in order to go back to the starting point, I saw crow-like bird which was cleaning body by using the trickling water from the water-pipe.

The animals rely on creative wisdom to survive. 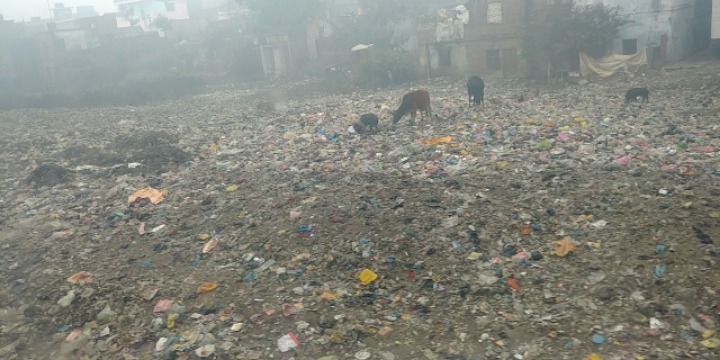 I could see waste dumping site over the window.

It was located at the center of the village, Gorakhpur.

This picture shows the disgrace of India.

When I arrived at the starting point, the fog was gone. 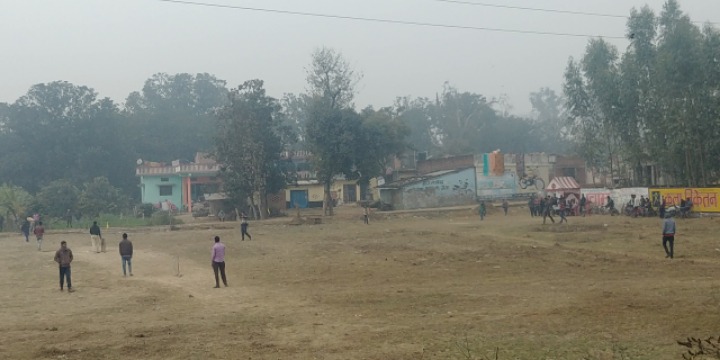 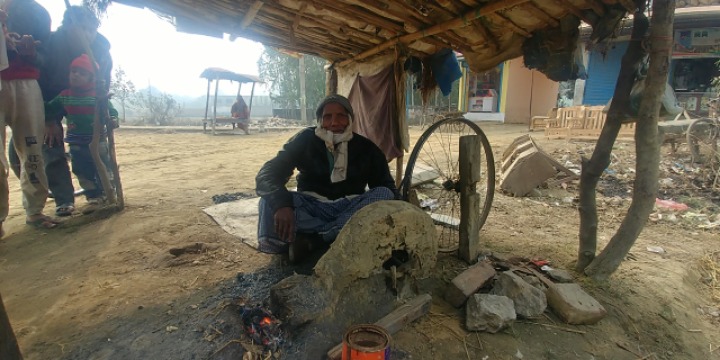 Though the appearance looks shabby, it is an effective blacksmith in operation.

He turns the wheel which generates wind.  The wind builds up fire which melts iron. 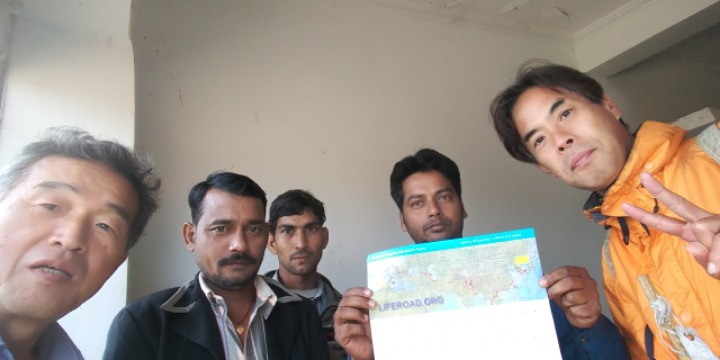 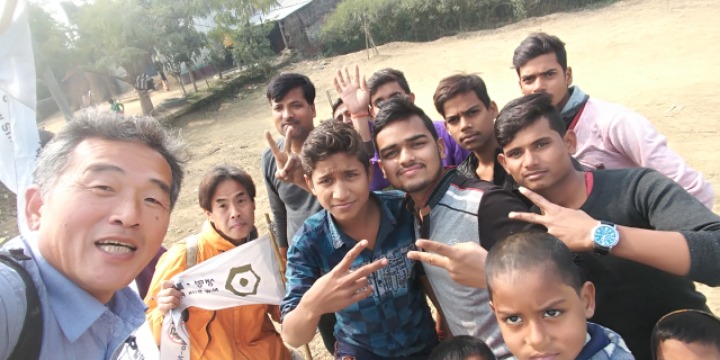 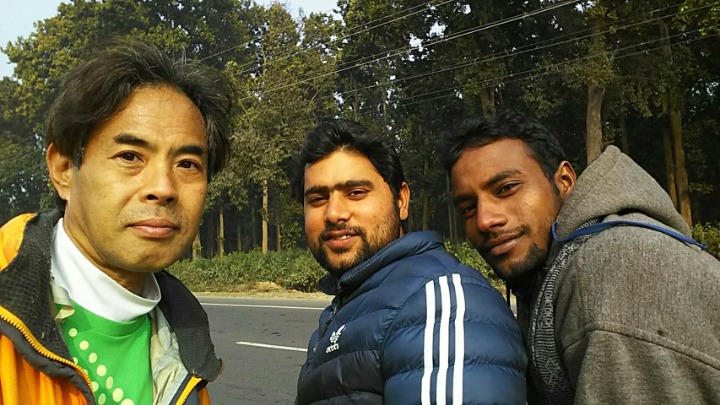 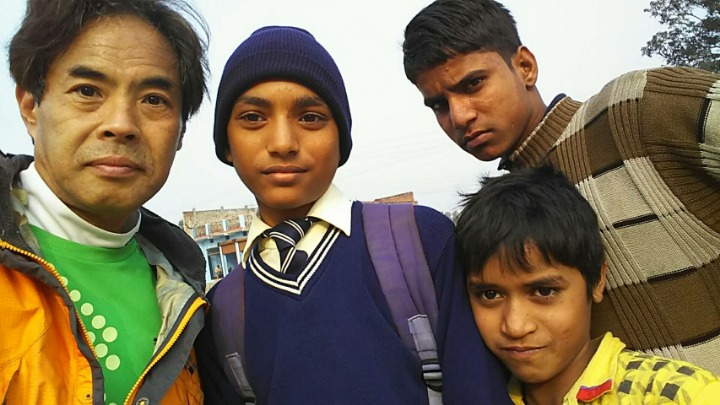 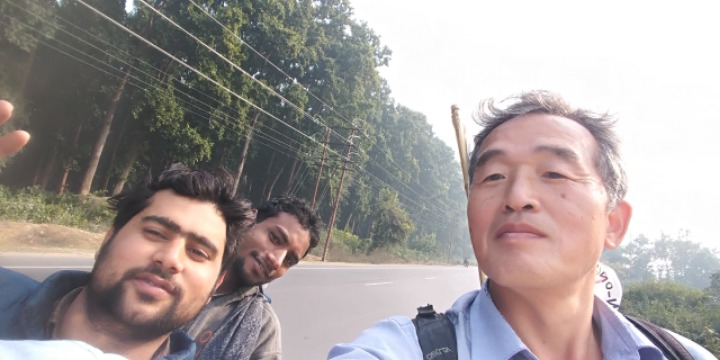 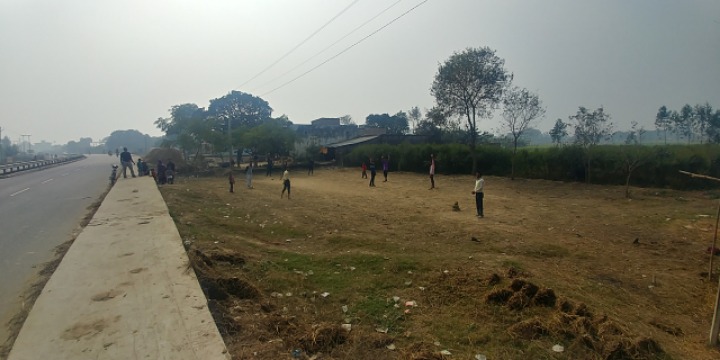 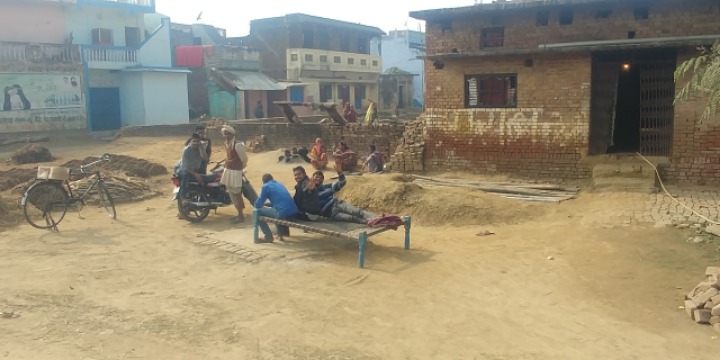 From time to time, I could see a group of family members gathered together in big yard. 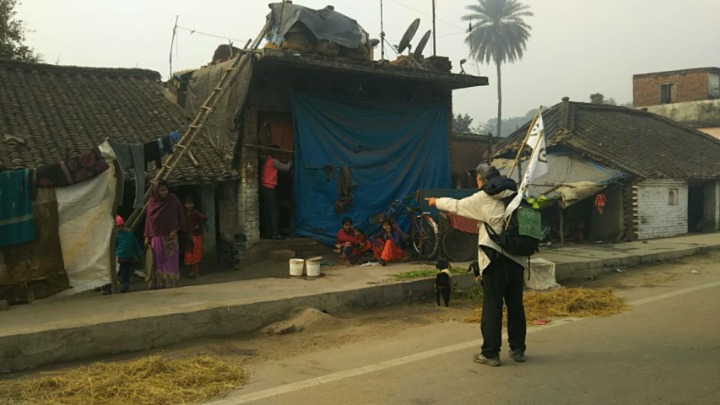 In front of a family, I waved to a strained child “Let’s go together!” 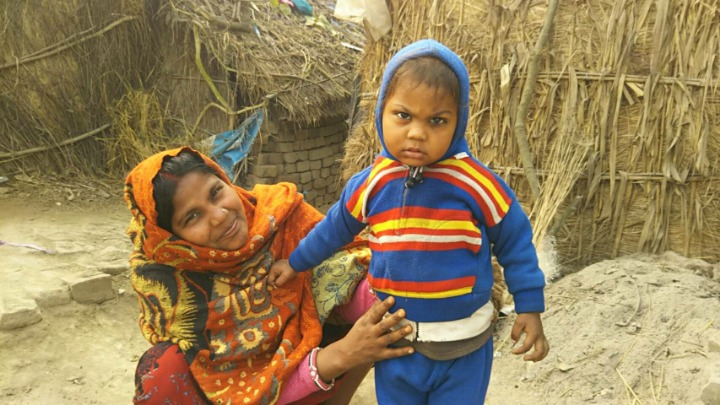 His tension goes up. 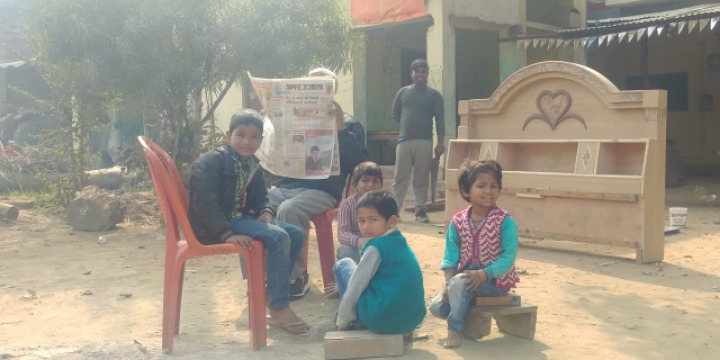 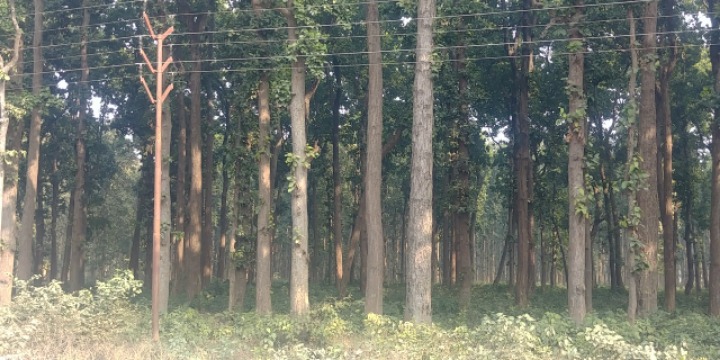 I passed through a long forest.

The forest road looked like the coastal forest road in Garatsu city of Japan which I walked at June 2017. 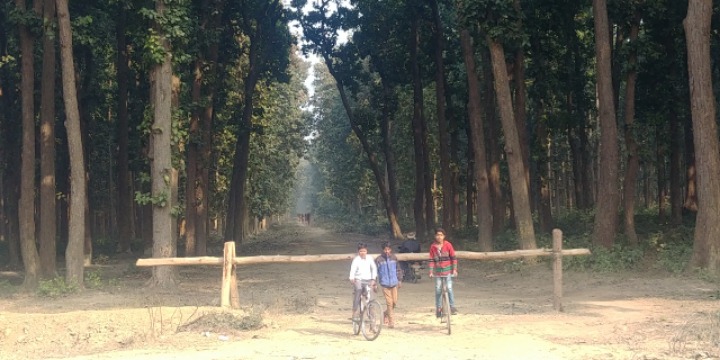 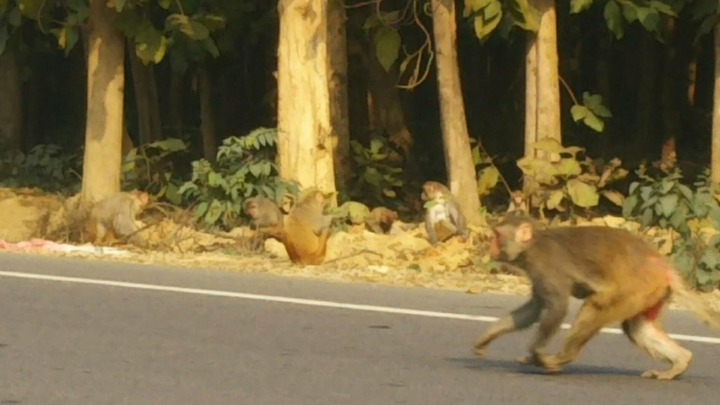 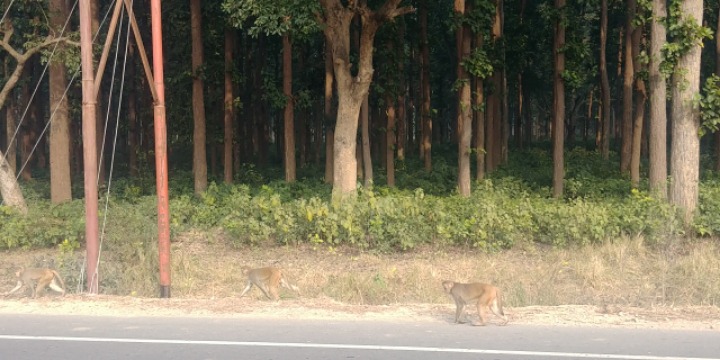 India is a flat land. The atmosphere is stable, and circulation of air very slow.

That explains why there are frequent fog and smog in winter time. 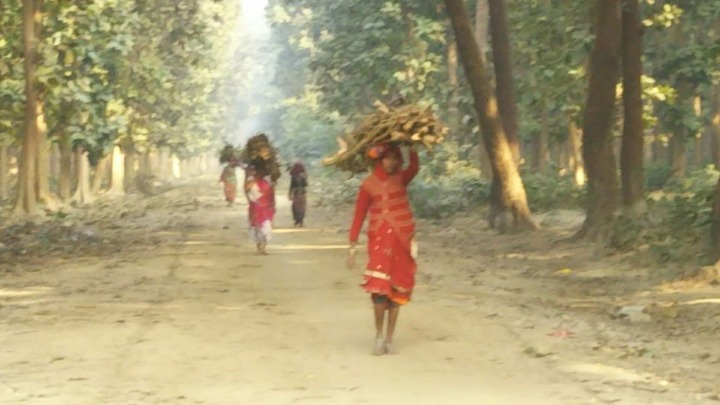 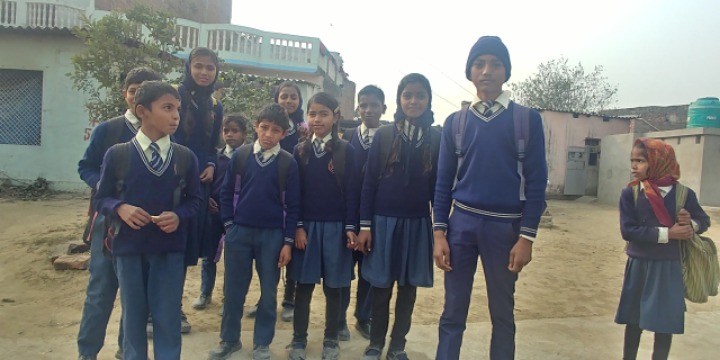 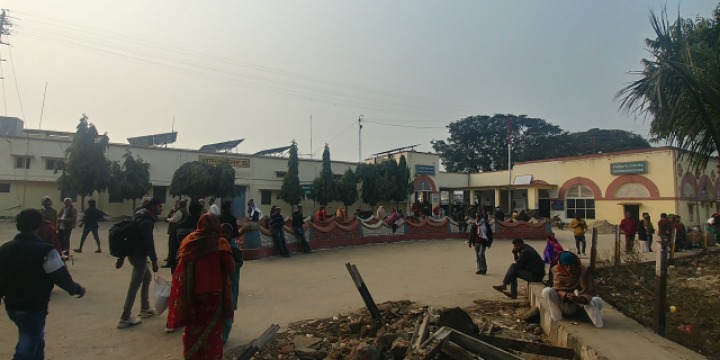 We arrived at Pharenda station. 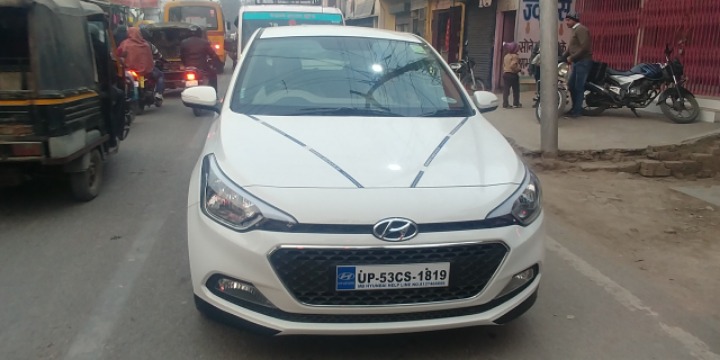 While I was returning to lodging by autoricksha, I found a Hyundai car in the heavy traffic.

The plate number start with MB.

Well, I think that the probability of MB’s going to jail is rising up and up these days.