The next day after resting one day, we went to Mahabodhi temple where the pipal tree, under which Buddha achieved enlightenment, is located.

Many monks flocked in the temple. Taking picture was not allowed inside the temple.
I went out and took pictures of inside at outside of the temple.

This is Mahabodhi tower where the pipal tree is. 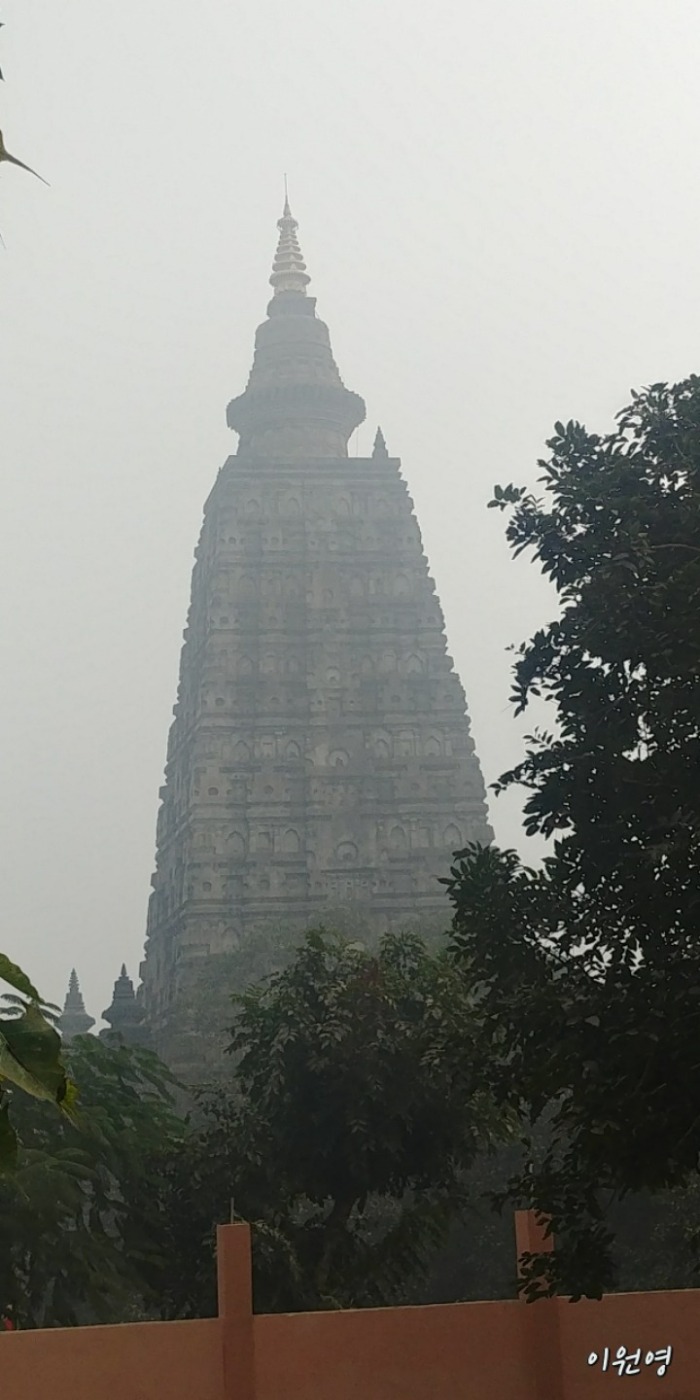 I took the picture of Mahabodhi tower from the place where I could see well.

At the outside of the temple, I saw a signboard which shows that His Holiness the Dalai Lama is coming here in January.

I decided to go to ‘Korea Temple’ which is located in Bodhgaya city.

On the way to Korea Temple, I noticed a Chines Temple.

This is the entrance of Korea Temple.

Doung is planning to go pilgrimage to Buddhist sacred places in Sikoku, Japan.
Sikoku is near from Yamaguchi.
Mr. Hara became friend with Doung immediately.

Then, I met several monks at the temple, and heard good teachings.
This monk is Gangbong, who has deep relations with Tibetan Buddhism. 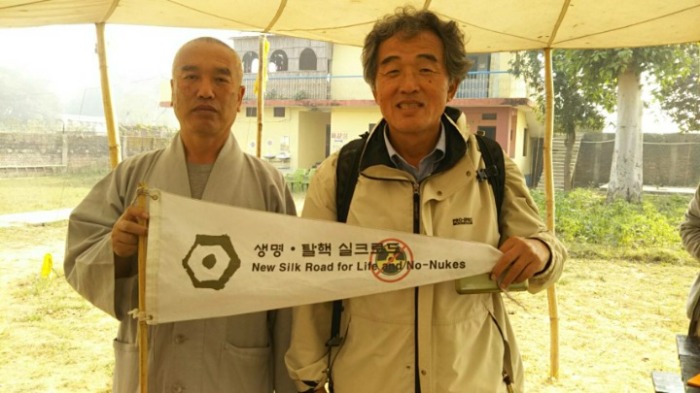 This monk is Mudeung.
He told me about the attitude of a pilgrim, and know-how of pilgrimage based on his own experience.

I took a picture with four monks.

I came out of Korea Temple, and started walking.
After a while, Gangbong monk followed me and gave some money for travel expense.
2000 Rupee (about 34,000 won).

His shelter in Bodhgaya is very shabby.
He saved money by living a simple life, and donated the money.
It was noble money. 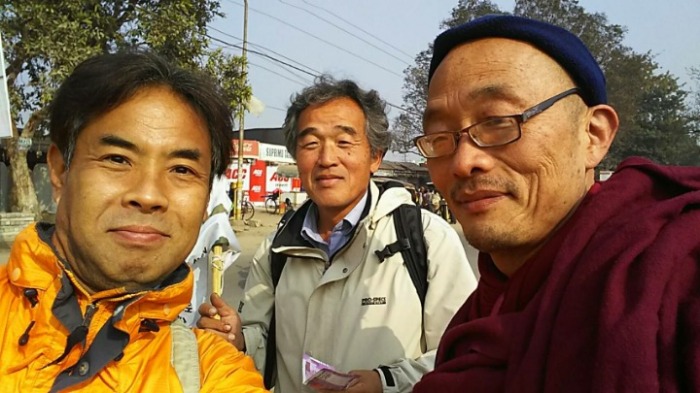 Three of us took a picture together.

Mr. Hara met many friends of Earth village during rest. 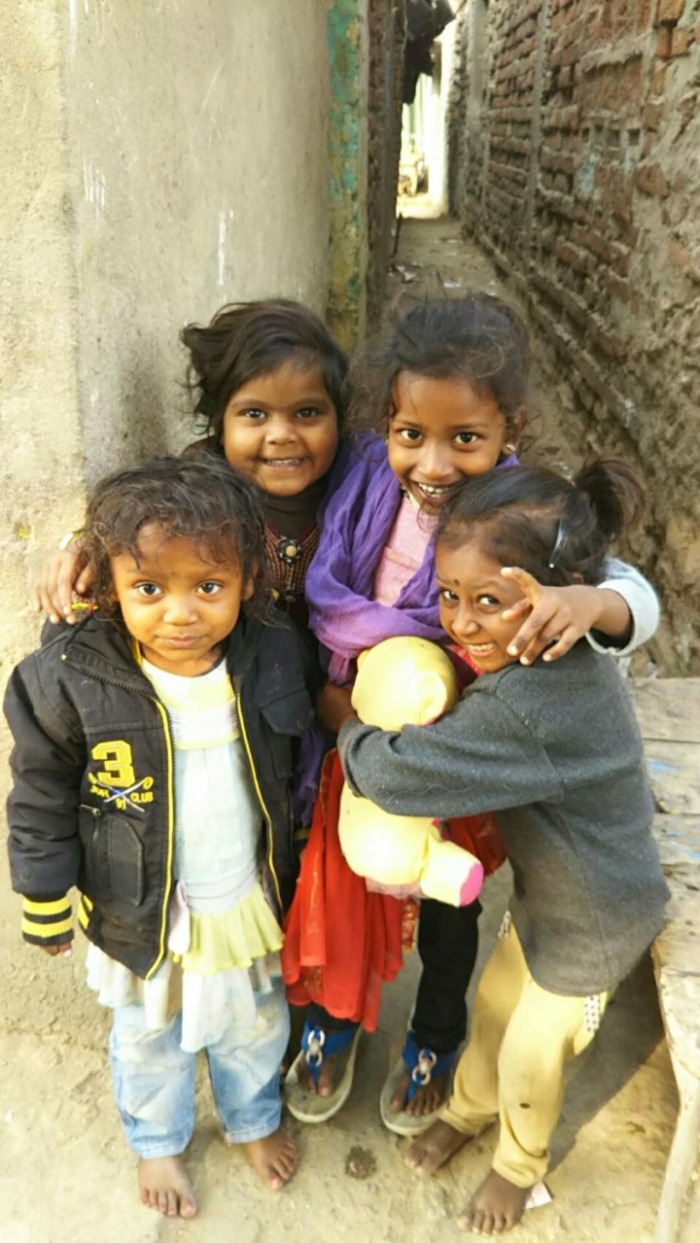 They were cute and wonderful kids.