I left Japan and arrived at Tashkent in Uzbekistan.

The next day after arrival, we searched Kim Byung Hwa museum by smart phone. 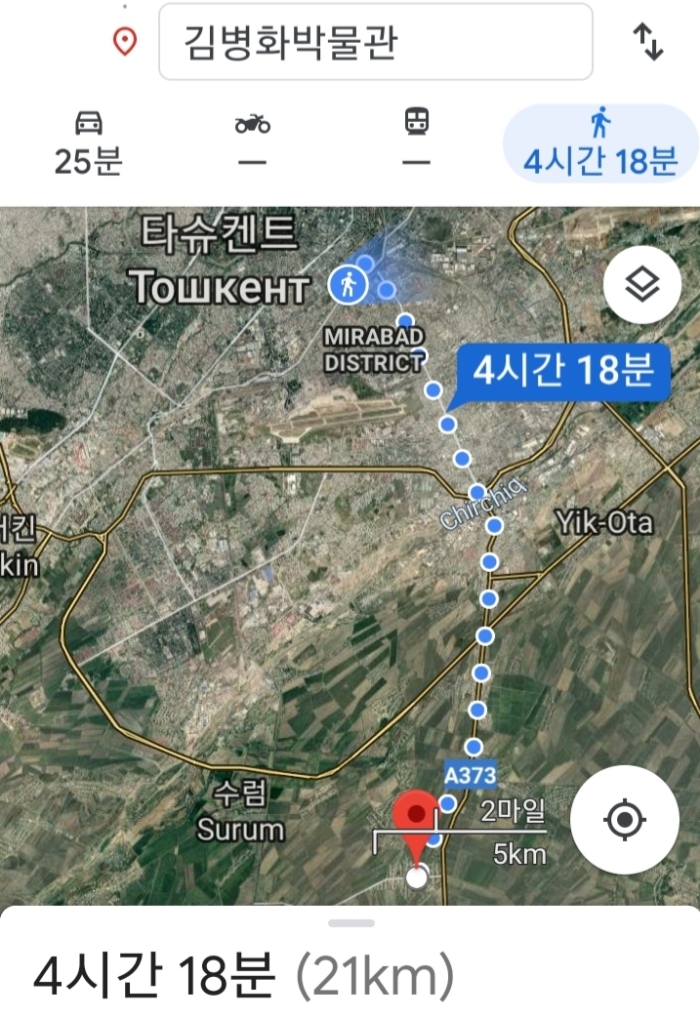 1. The distance from our shelter to the museum was 21 km. I thought it would be better for us to go on foot than by bus.

2. The weather is something to consider. The weather forecast tells daytime temperature would go up to 40 degrees.

3. We started to walk. Prof. Lee Sang Hoon joined in Central Asia pilgrimage. The building in the back is Tashkent station.

4. These days, people say that Professor Lee looked after Dalai Lama in appearance. He is a good walker.

6. The green area is managed by spring cooler.

8. In terms of urban planning, Tashkent has a grand and open scale. Population density within the city is relatively low.

9. I took a selfie with people in the tea-house. They like Korea.

10. I saw an Islam temple. The statstics indicate that 80~90% of population is Muslim.

However, I can’t feel the Musilm atmohphere from the people in the street.

11. We entered into a village where I saw many babies.

16. We took a rest at a small shelter which was close to a convenient store. The shelter had an elegant atmosphere.

17. This young man found us and stopped his car. He gave cool bottled-water to pilgrims

He said he had been to Korea. He was very kind.

18. I took a picture of the man getting on his car.

19. We met a Korean restaurant while we walk.

I decided to take lunch at the restaurant which was somewhat high-level.

20. I left Korea five days ago. We enjoyed Korean dishes.

The total price of two Kimchi soups, and Tofu & Pork stew was less than 20,000 Korean Won.

21. After lunch, the temperature went above 40 degrees. Since it was not humid, the hot weather was bearable.

However, I decided to stop walking after 8 km. And we met horse-driven wagon.

23. I became friends with the people in the bus going to the museum.

27. After getting off the bus, we walked along this road.

29. Entrance of the museum.

30. Finally we arrived at the museum. But the door was closed.

31. This is statue of Kim Byeong Hwa. A brief introduction of him is found at the address below.

32. While we lingered in front of the museum, this young man appeared and guided us to the house of director of the museum. She brought keys and let us go in the museum. There is always a way out!

34. Books and materials of the past.

39. We took a picture witht director of the museum. She was a relative of Kim Byeong Hwa by marriage.

40. I took a picture with Kim Byeong Hwa.